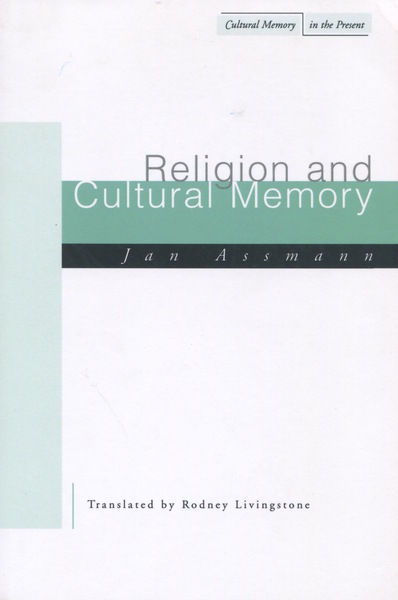 In ten brilliant essays, Jan Assmann explores the connections between religion, culture, and memory. Building on Maurice Halbwachs's idea that memory, like language, is a social phenomenon as well as an individual one, he argues that memory has a cultural dimension too. He develops a persuasive view of the life of the past in such surface phenomena as codes, religious rites and festivals, and canonical texts on the one hand, and in the Freudian psychodrama of repressing and resurrecting the past on the other. Whereas the current fad for oral history inevitably focuses on the actual memories of the last century or so, Assmann presents a commanding view of culture extending over five thousand years. He focuses on cultural memory from the Egyptians, Babylonians, and the Osage Indians down to recent controversies about memorializing the Holocaust in Germany and the role of memory in the current disputes between Israelis and Palestinians in the Middle East and between Protestants and Catholics in Northern Ireland.

Jan Assmann is Professor of Egyptology at the University of Heidelberg. He is the author of many books, of which the following have been translated into English: Death and Salvation in Ancient Egypt (2005), The Mind of Egypt: History and Meaning in the Time of the Pharaohs (2002), The Search for God in Ancient Egypt (2001), and Moses the Egyptian: The Memory of Egypt in Western Monotheism (1998).

"Religion and Cultural Memory is not only an excellent book for scholars who want to develop a timely understanding of theoretical key concepts like memory, text, myth, and ritual, but is also a stimulation introduction for anyone interested in the genisis of our cultural self-understanding." 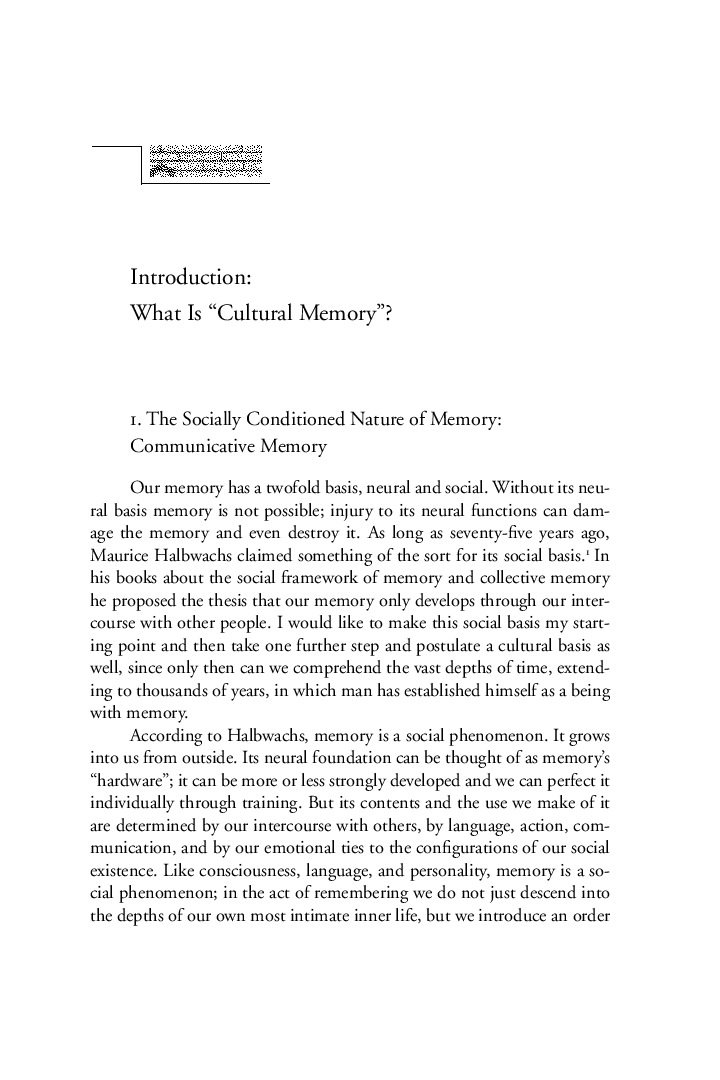 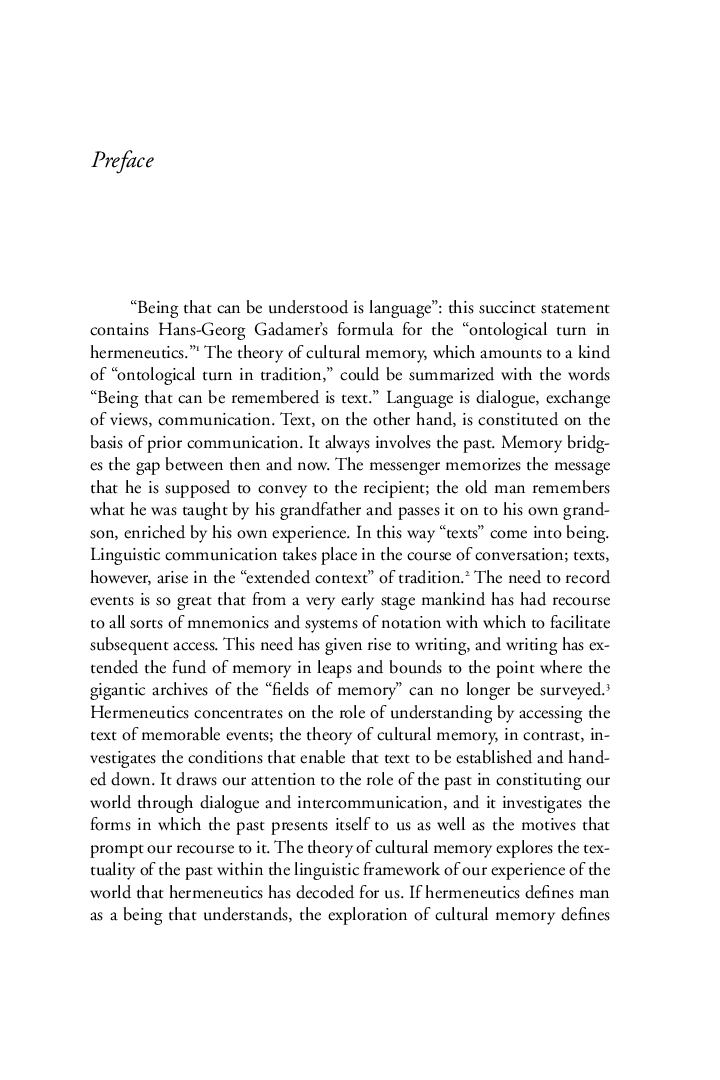 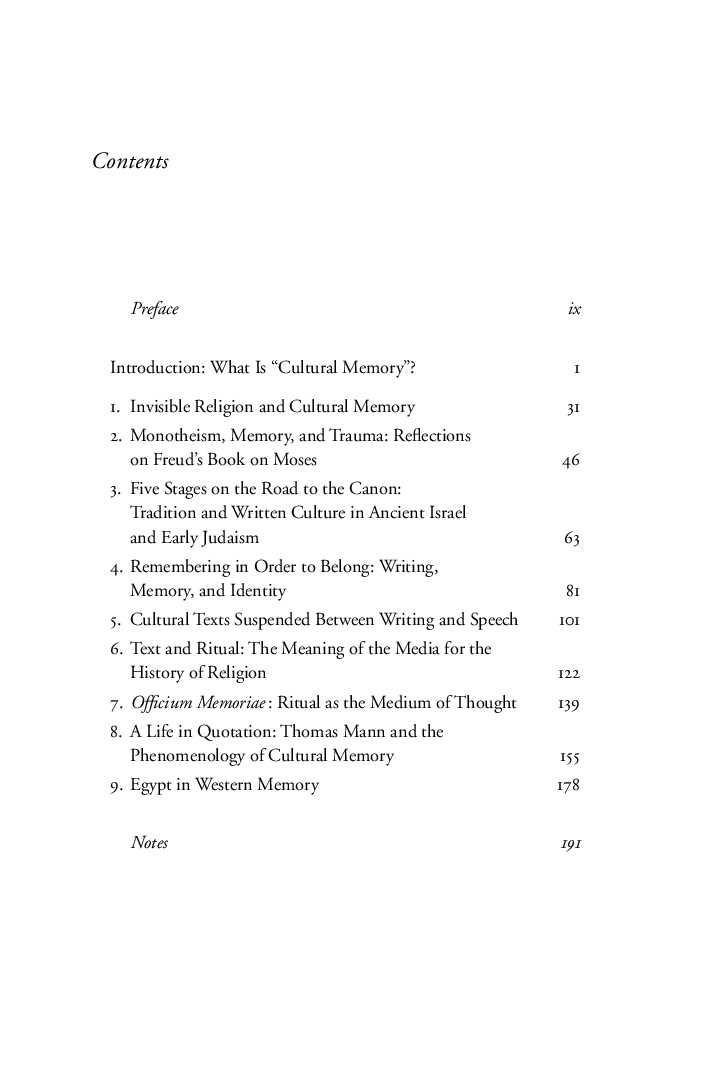