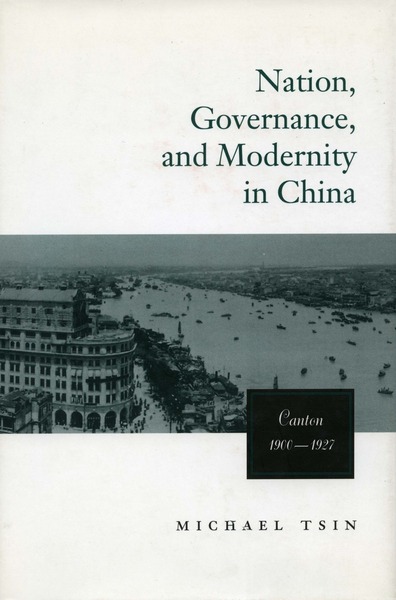 This is the first detailed study in English of the city of Canton (Guangzhou), the cradle of the Chinese revolution, in the first quarter of the twentieth century. In retracing various fragments of the city’s history in this period, the book argues that modernist politics as practiced by the Nationalists and Communists represented a specific political rationality embedded in the context of a novel conception of the social realm.

Modern governments invariably base their claim to legitimacy on the support of “society” or “the people.” The mobilization of hitherto disenfranchised constituents into the political process is thus a central component of the nation-state. Modern governments also produce schemes for categorizing and organizing these same constituents to ensure social unity and their base of support. The author analyzes this apparent paradox of modern governance—emancipation and discipline—as shown in the discourse and practice of Canton elites and the lives of the city’s inhabitants.

Canton, which witnessed the modernization of both its physical and social structures in the early twentieth century, was the site of the first modernist government in Chinese history. The new governing elites, the Nationalists and Communists, attempted to dissect and classify their constituents into different classes or segments and to transform them into disciplined members of a new body social. Contrary to their expectations, extensive organizational work, though empowering the newly mobilized, did not lead to the formation of a well-ordered society. Instead, it brought into sharp focus the heterogeneity of Canton society and highlighted the impossibility of its analysis and management as a totality. To the dismay of the modernizers, social discipline could be restored only through violence.

"For researchers carrying up-to-date toolkits into the Chinese past, Tsin's judicious analysis will be a model of clarity in exposition as well as a guide to the formation of China modernist discourses on national and social revolution."

"In this elegantly written and meticulously researched study, Tsin uses a social history of early 20th-century Canton to explore the meaning and mechanisms of the political culture of modernity. One of the book's great strengths is Tsin's success in bringing social-historical and theoretical analyses together, using one to illuminate the other."

"Stanford University Press has produced yet another handsome volume, replete with photographs, a map, a graph, a character list, an extensive bibliography, and an index, all of which make this book a pleasure to use."