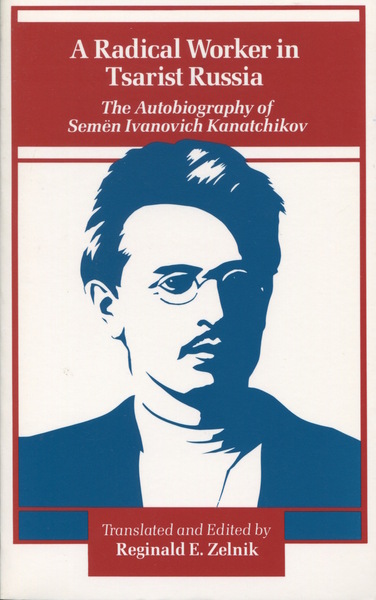 A Radical Worker in Tsarist Russia
The Autobiography of Semen Ivanovich Kanatchikov
Translated and Edited by Reginald E. Zelnik

Semën Kanatchikov, born in a central Russian village in 1879, was one of the thousands of peasants who made the transition from traditional village life to the life of an urban factory worker in Moscow and St. Petersburg in the last years of the nineteenth century. Unlike the others, however, he recorded his personal and political experiences (up to the even of the 1905 Revolution) in an autobiography. First published in the Soviet Union in the 1920s, this memoir gives us the richest and most thoughtful firsthand account we have of life among the urban lower classes in Imperial Russia.

We follow this shy but determined peasant youth's painful metamorphosis into a self-educated, skilled patternmaker, his politicization in the factories and workers' circles of Moscow and St. Petersburg, and his close but troubled relations with members of the liberal and radical intelligentsia.

Kanatchikov was an exceptionally sensitive and honest observer, and we learn much from his memoirs about the day-to-day life of villagers and urban workers, including such personal matters as religious beliefs, family tensions, and male-female relationships. We also learn about conditions in the Russian prisons, exile life in the Russian Far North, and the Bolshevik-Menshevik split as seen from the workers' point of view.