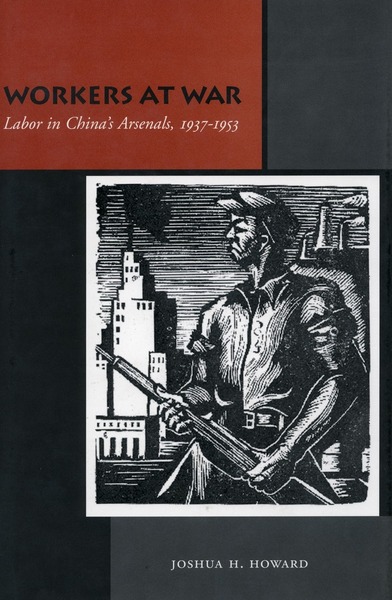 This book focuses on the lives, struggles, and contrasting perspectives of the 60,000 workers, military administrators, and technical staff employed in the largest, most strategic industry of the Nationalist government, the armaments industry based in the wartime capital, Chongqing. The author argues that China's arsenal workers participated in three interlocked conflicts between 1937 and 1953: a war of national liberation, a civil war, and a class war.

The work adds to the scholarship on the Chinese revolution, which has previously focused primarily on rural China, showing how workers’ alienation from the military officers directing the arsenals eroded the legitimacy of the Nationalist regime and how the Communists mobilized working-class support in Chongqing. Moreover, in emphasizing the urban, working-class, and nationalist components of the 1949 revolution, the author demonstrates the multiple sources of workers’ identities and thus challenges previous studies that have exclusively stressed workers’ particularistic or regional identities.

Joshua H. Howard is the Croft Assistant Professor of History and International Studies at the University of Mississippi.

"...[T]his readable work provides important insight into the Nationalist defence sector during the Sino-Japanese War, and is a significant contribution to the study of Chinese labour in wartime Nationalist China."

"Altogether, this is a fine achievement that succeeds in significantly redrawing the lines of debate within the now quite extensive historiography of Chinese labor."

"Workers at War is a finely researched and richly documented book based on extensive archive research and oral interviews....[Howard]'s skillful documentary research of using many unexplored archives, local, national, and international, sources, his integration of social and political theories, and his adoption of interdisciplinary approaches make his book an exemplary work of scholarship."

"The book makes a valuable contribution to the literature on labor history but will also appeal to those who are interested more generally in the history of modern China. It provides rich documentation about the political struggles between the Guomingdang and Chinese Communist Party in the periods before and after the War of Resistance against the Japanese invaders....One cannot be but impressed by the author's achievement in assembling such voluminous historical data."

"This major new contribution brings both theoretical sophistication and imaginative use of sources to the study of a particular, but important, segment of China's working class."

"This is a landmark work."