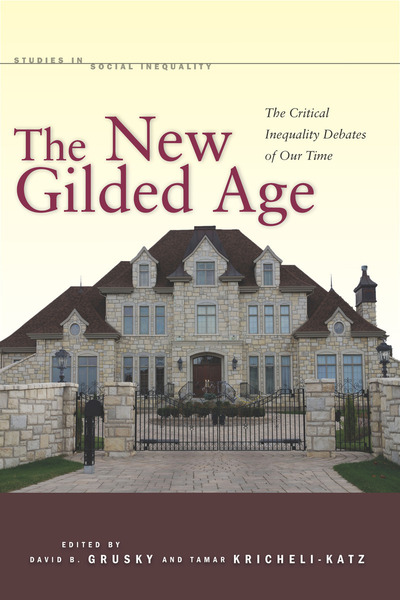 The New Gilded Age
The Critical Inequality Debates of Our Time
Edited by David B. Grusky and Tamar Kricheli-Katz
SERIES: Studies in Social Inequality

Income inequality is an increasingly pressing issue in the United States and around the world. This book explores five critical issues to introduce some of the key moral and empirical questions about income, gender, and racial inequality:

Do we have a moral obligation to eliminate poverty?

Can we retain a meaningful democracy even when extreme inequality allows the rich to purchase political privilege?

Is the recent stalling out of long-term declines in gender inequality a historic reversal that presages a new gender order?

How are racial and ethnic inequalities likely to evolve as minority populations grow ever larger, as intermarriage increases, and as new forms of immigration unfold?

Leading public intellectuals debate these questions in a no-holds-barred exploration of our New Gilded Age.

David B. Grusky is Professor of Sociology at Stanford University and Director of the Stanford Center for the Study of Poverty and Inequality. He is coauthor of The Inequality Puzzle (2010) and coeditor of The Great Recession (2011) and The Inequality Reader (2011). Tamar Kricheli-Katz is Assistant Professor in the Buchman Faculty of Law and in the Department of Sociology and Anthropology at Tel Aviv University.

"Here is another strong, valuable, and timely addition to the 'Studies in Social Inequality' series, offering provocative arguments that will engage a wide audience of readers. Experts whose minds have been in the compelling clutch of stratification questions, attentive to scholarship surrounding class, race, and gender inequalities, will find in the book's five debates such an effective mixture of disciplinary voices that a refreshing review of their own assumptions and perspectives is nearly guaranteed. [T]his book invites a more nuanced and discerning reflection, low on rhetoric and high on reasoning. . . Highly recommended."

"The major strength of this volume is its presentation of ongoing academic debates about inequality in a manner approachable to laymen . . . Not only does it offer a glimpse into how different disciplines approach inequality theoretically and methodologically, it also exemplifies how each discipline, with its unique approach, reaches the same conclusion: our current level of economic inequality is detrimental to society."

"Americans are no longer so tolerant of the widening gap between the CEO and the average worker, between the very top and the very bottom of the income distribution. The mobility dreams of generations are coming unglued as long term unemployment deepens, threatening to scar young workers in ways that may follow them the rest of their days. The New Gilded Age assembles the very best scholars in economics, sociology, and political science to assess what these conditions mean for ordinary people and how the 'great awakening' to the threat that inequality poses could reshape the landscape of public opinion and, perhaps ultimately, public policy. It is an essential volume for scholars and citizens worried about the direction we are headed and the cost we will pay for inaction on the inequality front."

"Americans have finally awakened to the realities of The New Gilded Age. Those looking for answers to questions about the new inequality will find them in this trenchant book edited by David Grusky and Tamar Kricheli-Katz, who have brought together eminent thinkers to address the moral, political, and social problems stemming from today's hyper-inequality. The result is an engaging and highly readable survey of critical issues that should be read by anyone who cares about the future of the American experiment in egalitarian democracy."

"The New Gilded Age features incredibly insightful and timely debates between leading philosophers, economists, political scientists, and sociologists on the sources and future of inequality in the United States. This well written and accessible volume is a must-read not only for scholars, but for educated laymen and policymakers as well." 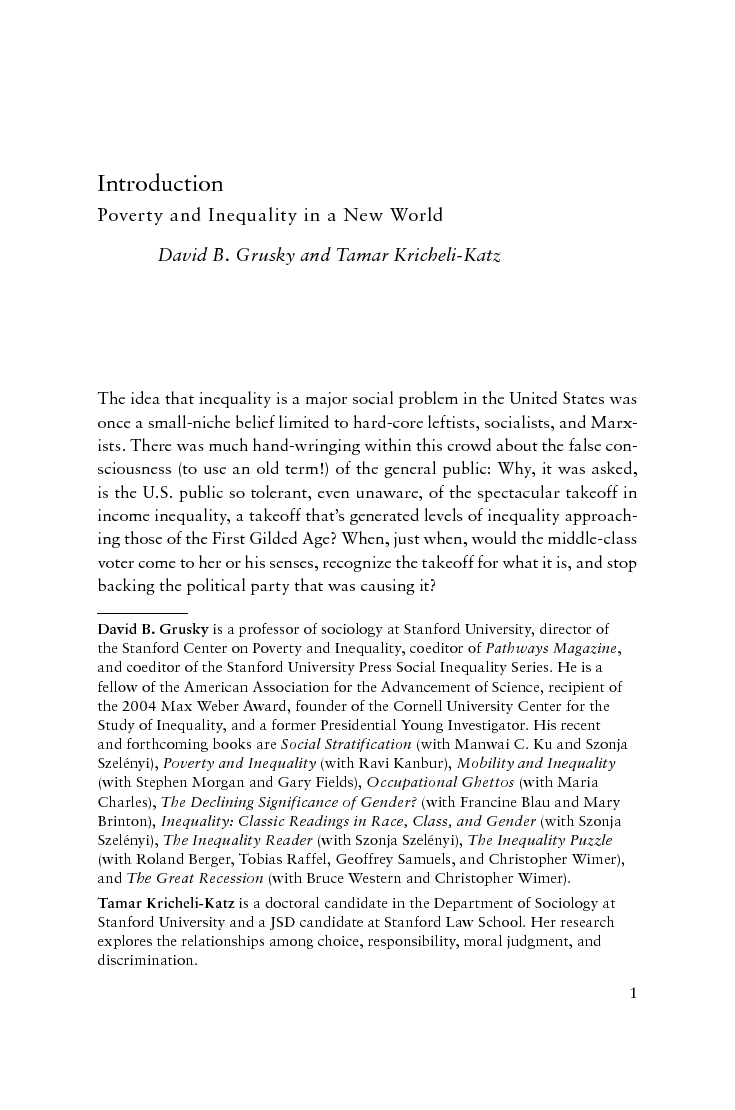 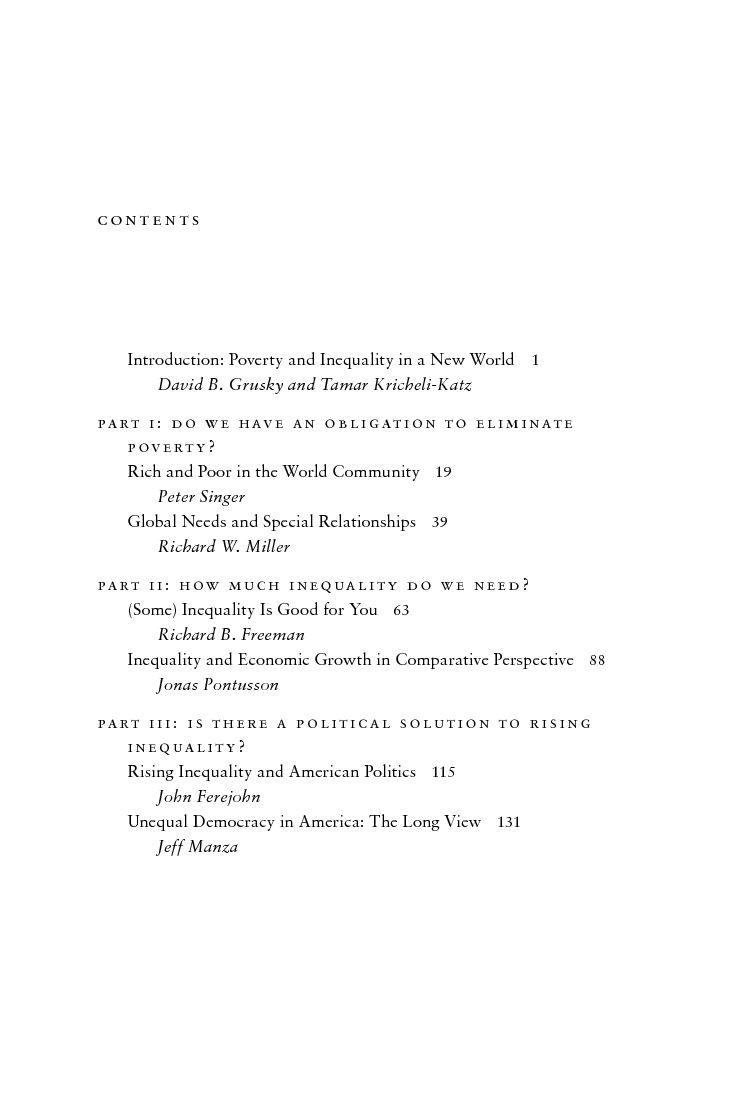