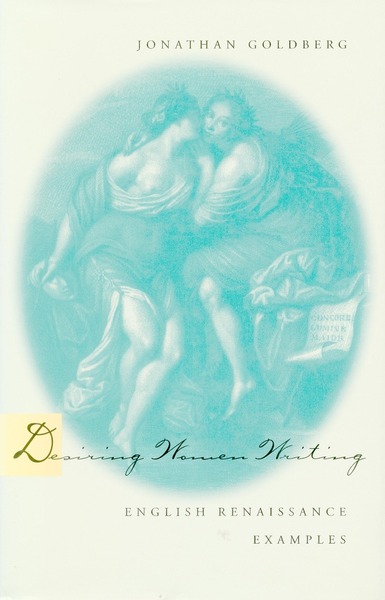 In a set of readings ranging from early-sixteenth- through late-seventeenth-century texts, this book aims to resituate women's writing in the English Renaissance by studying the possibilities available to these writers by virtue of their positions in their culture and by their articulation of a variety of desires (including the desire to write) not bound by the usual prescriptions that limited women.

The book is in three parts. The first part begins by pursuing linkages between feminine virtue and the canonical status of texts written by women of the period. It then confronts some received opinions and opens up new possibilities of evaluation through readings of Aemelia Lanyer's Salve Deus Rex Judaeorum and poems, plays, and fiction by Aphra Behn. The second part studies translation as an allowed (and therefore potentially devalued) sphere for women's writing, and offers accounts of Margaret Roper's translation of Erasmus and Mary Sidney's of Petrarch to show ways in which such work makes a central claim in Renaissance culture. In the third part, the author explores the thematics and practices of writing as exemplified in the women's hands in an early Tudor manuscript and through the character of Graphina in Elizabeth Cary's Mariam.

Throughout, possibilities for these writers are seen to arise from the conjunction of their gender with their status as aristocrats or from their proximity to centers of power, even if this involves the "debasement" of prostitution for Lanyer or the perils of the marketplace for Behn. The author argues that moves outside the restriction of domesticity opened up opportunities for affirming female sexuality and for a range of desires not confined to marriage and procreation—desires that move across race in Oroonoko; that imagine female same-gender relations, often in proximity to male desires directed at other men; that implicate incestuous desires, even inflecting them anally, as in Roper's Devout Treatise.

Jonathan Goldberg is Sir William Osler Professor of English Literature at Johns Hopkins University and also has an appointment at Duke University. He is the author, most recently, of Sodometries: Renaissance Texts, Modern Sexualities (Stanford, 1992).