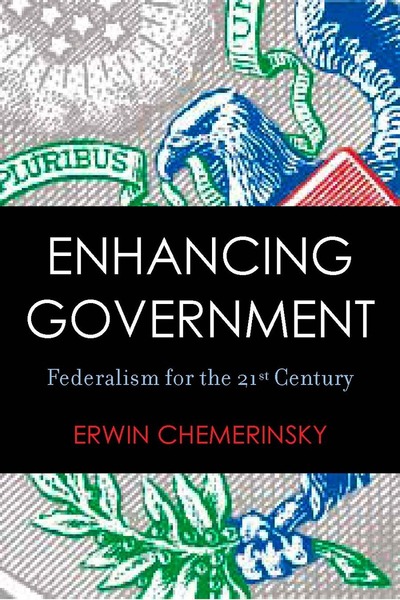 Federalism—the division of power between national and state governments—has been a divisive issue throughout American history. Conservatives argued in support of federalism and states' rights to oppose the end of slavery, the New Deal, and desegregation. In the 1990s, the Rehnquist Court used federalism to strike down numerous laws of public good, including federal statutes requiring the clean up of nuclear waste and background checks for gun ownership. Now the Roberts Court appears poised to use federalism and states' rights to limit federal power even further.

In this book, Erwin Chemerinsky passionately argues for a different vision: federalism as empowerment. He analyzes and criticizes the Supreme Court's recent conservative trend, and lays out his own challenge to the Court to approach their decisions with the aim of advancing liberty and enhancing effective governance. While the traditional approach has been about limiting federal power, an alternative conception would empower every level of government to deal with social problems. In Chemerinsky's view, federal power should address national problems like environmental protection and violations of civil rights, while state power can be strengthened in areas such as consumer privacy and employee protection.

The challenge for the 21st century is to reinvent American government so that it can effectively deal with enduring social ills and growing threats to personal freedom and civil liberties. Increasing the chains on government—as the Court and Congress are now doing in the name of federalism—is exactly the wrong way to enter the new century. But, an empowered federalism, as Chemerinsky shows, will profoundly alter the capabilities and promise of U.S. government and society.

Erwin Chemerinsky is the Alston & Bird Professor of Law and Political Science at Duke University. In July 2008, he will become the founding Dean of the Donald Bren School of Law at the University of California, Irvine. He is the author of four books, including, Federal Jurisdiction (2003) and Constitutional Law: Principles and Policies (2002). He frequently argues appellate cases, many in the United States Supreme Court.

"...Chemerinsky is a brilliant constitutional law scholar whose perspective on federalism, preemption, and separation of powers should be studied carefully. ...Enhancing Government is worth reading for those interested not only in the state of legal relations between state and federal governments, but also in how those relations might evolve in the next few years."

"The framers gave us federalism at the end of the eighteenth century. Enhancing Government is federalism's blueprint for the twenty-first century. Chemerinsky delivers a deathblow to the modern view that federalism serves to limit government action—and shows instead how federalism allows government to solve problems and to enhance individual liberties. Powerfully argued, erudite, and practical, this magnificent book is essential reading for every citizen."

"Erwin Chemerinsky is one of the nation's leading scholars of constitutional law. Enhancing Government makes an important contribution to an area that has aroused great interest among academics, judges, politicians, and the general public. Chemerinsky's innovative approach sheds new light on one of the oldest and most significant areas of constitutional inquiry."

"In Enhancing Government, Erwin Chemerinsky provides a kind of holograph of what federalism—as the federal-state relation is confusingly called—would resemble if the U.S. were to enter a period of liberal ascendancy. His timing could not be better, since the chance of such an ascendancy is not exactly remote: A Barack Obama presidency seems possible, together with a Democratic majority in both houses of Congress The great virtue of Mr. Chemerinsky's book is that it serves as a blueprint for the Obama administration and a fair warning to its opponents."

"Chemerinsky has taken on the formidable task of arguing for a new constitutional vision of federalism, which should be viewed not as a limit on federal power but as an empowerment at both the state and national level...This is an interesting read for constitutional lawyers." 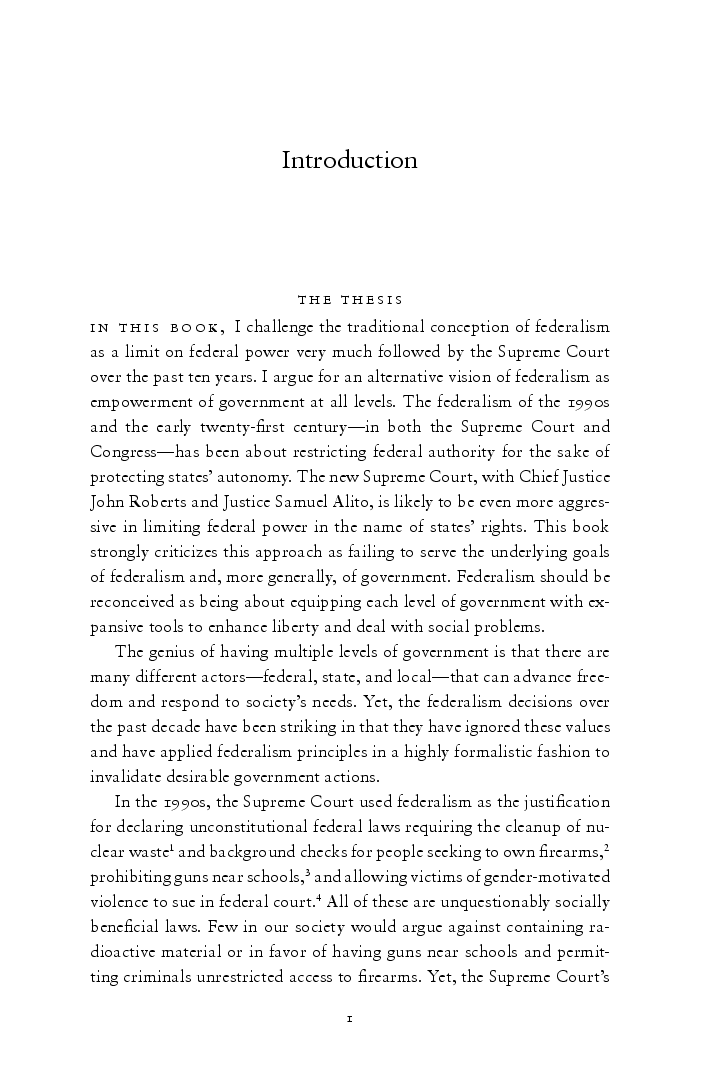 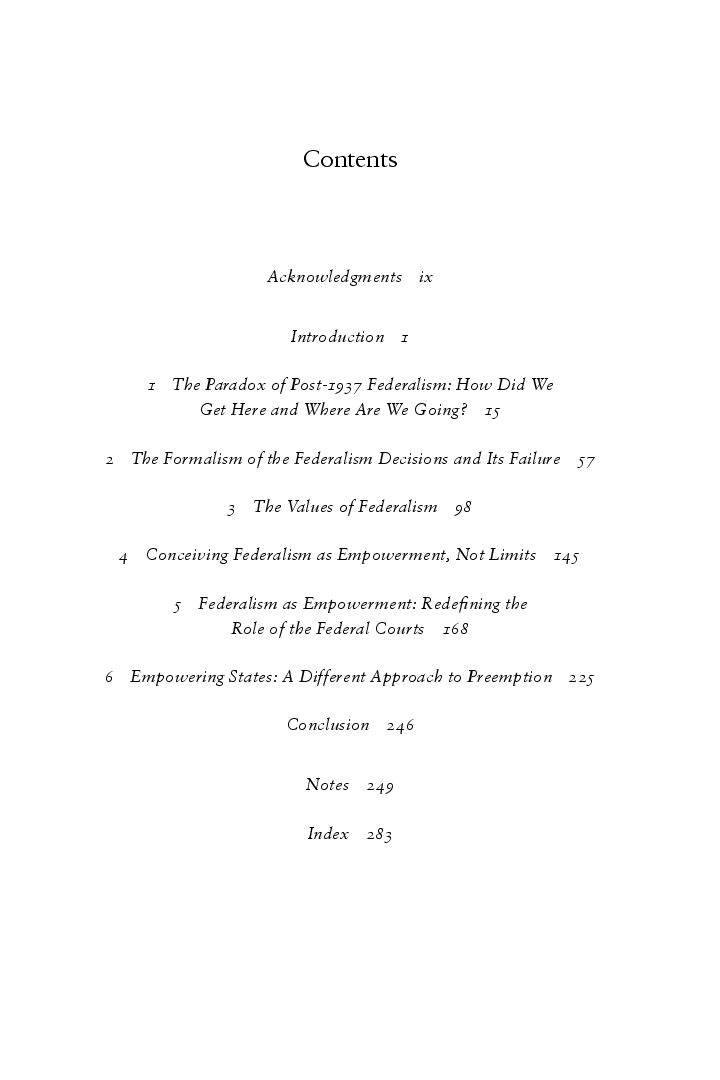