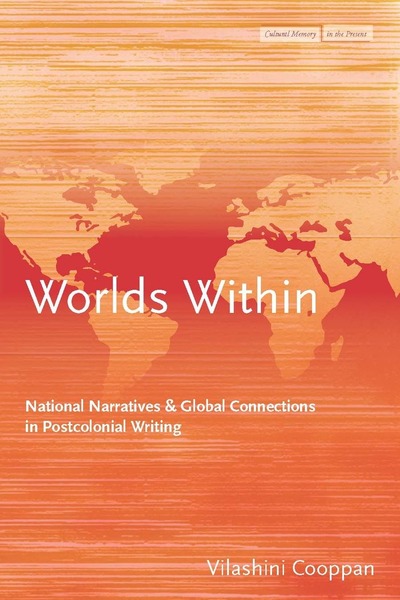 Worlds Within tracks the changing forms of novels and nations against a long, postcolonial twentieth century. While globalization has sometimes been understood to supersede national borders, this book distances itself from before-and-after sequences in order to trace the intersection between national and global politics.

Drawing from psychoanalytic and deconstructive accounts of identity, difference, and desire, Worlds Within explores the making and unmaking of ideas of nation, globe, race, and gender in the late imperialism of Joseph Conrad, the anticolonial nationalism and nascent Third-Worldism of W. E. B. Du Bois and Frantz Fanon, and the decolonizing nationalisms and postcolonial cosmopolitanisms of novelistic descendants, such as the Indian and Indo-Caribbean writers Salman Rushdie, Amitav Ghosh, V.S. Naipaul, and David Dabydeen, the anglophone and francophone African writers Chinua Achebe, Nggi wa Thiong'o, Assia Djebar, and Tsitsi Dangarembga, and the Cuban postmodern novelist and theorist Severo Sarduy. Across this global field, national identity is subtended by transnational affiliations and expressed through diverse and intersecting literary forms.

Vilashini Cooppan is Associate Professor of Literature at the University of California, Santa Cruz.

"Vilashini Cooppan's Worlds Within: National Narratives and Global Connections in Postcolonial Writing offers a timely and expansive study of the construct of the nation that engages theoretical debates at the heart of postcolonial studies and comparative literature . . . Worlds Within offers a compelling investigation of how a series of highly influential theorists and writers have imagined the nation that, moreover, attests to the enduring profitability of psychoanalysis as a critical apparatus for comprehending the mechanisms of globalization."

"This is a book for students of English, and academics . . . This is a great addition to the role of postcolonial narratives and their place in society."

"The author observes that as a phantasmal projection, nationalism remains a fundamental princeiple for self-identification, working alternatively as a force of regulation and of resistance against hegemonies."

"Worlds Within takes the risk of bringing psychoanalytical dimensions to the study of nationalism and postcoloniality—a risk I applaud—without compromising in the least either the excavating insights of social analysis or the nuanced precision of literary reading. It is a fine, bracing work, self-assured and learned, analytical and intuitive—a book that opens further the horizon of criticism."

"Worlds Within is beautifully written, wonderfully articulate, containing both recollection and discovery. It is a major contribution to work in postcolonial studies, comparative literature, and the field of humanities broadly conceived." 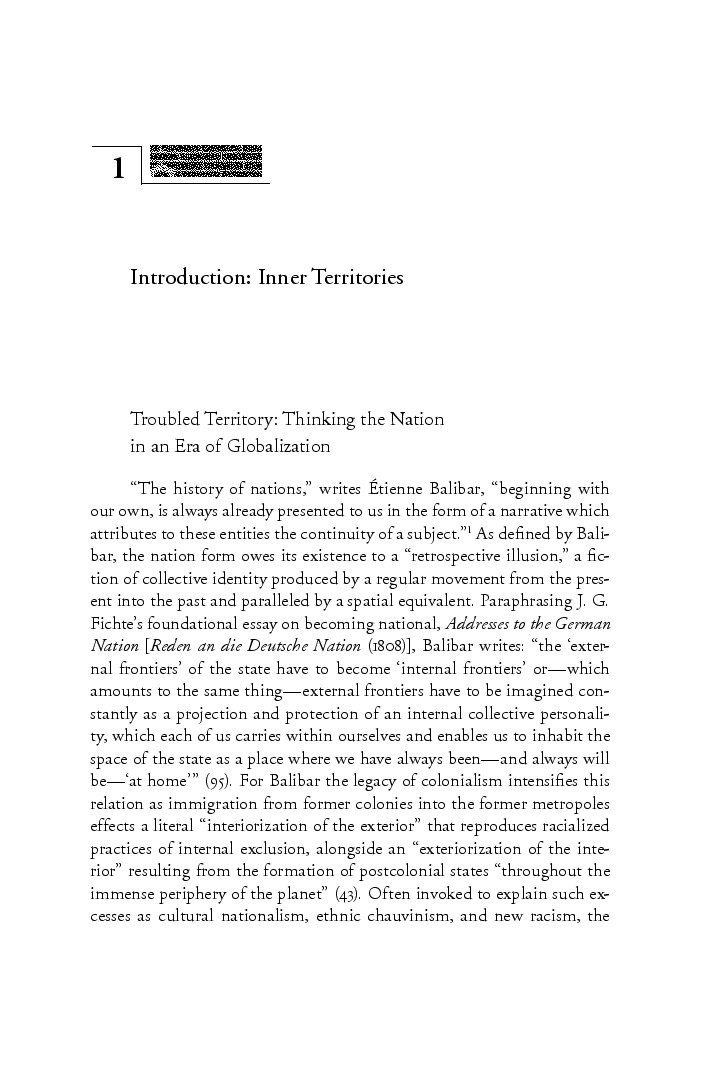 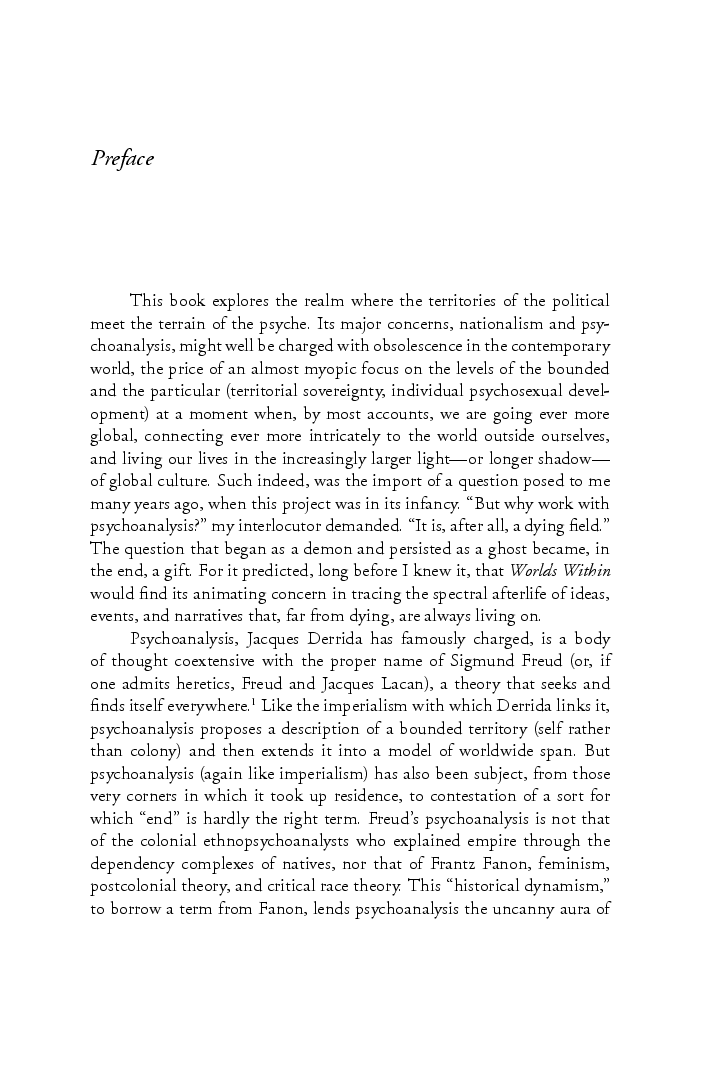 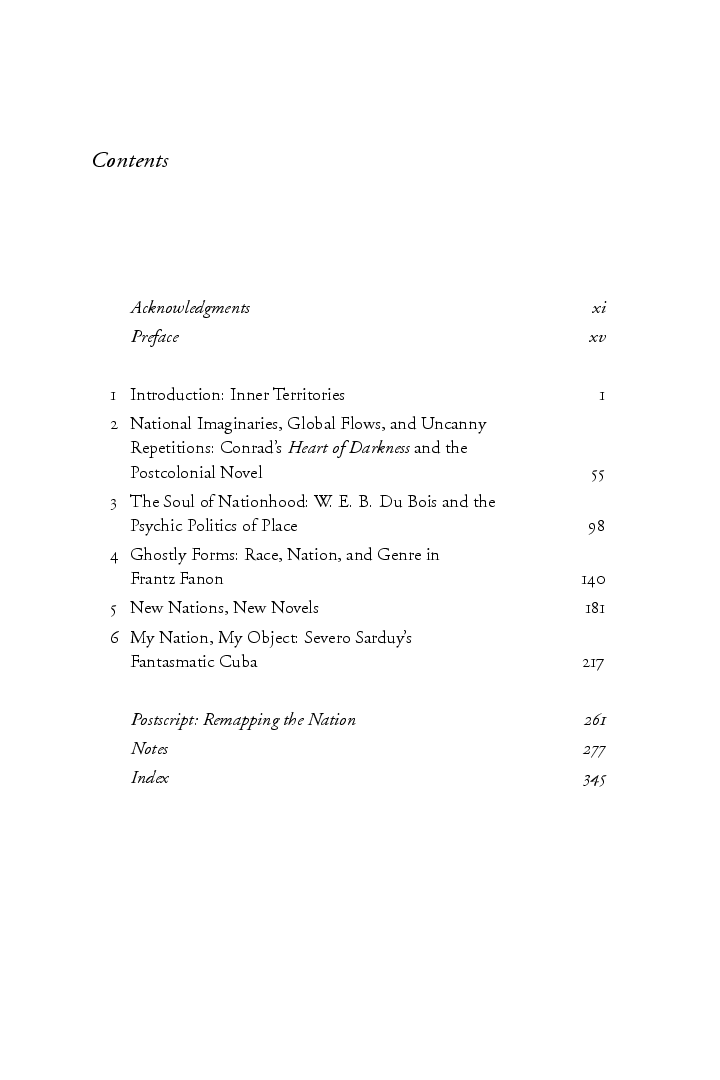