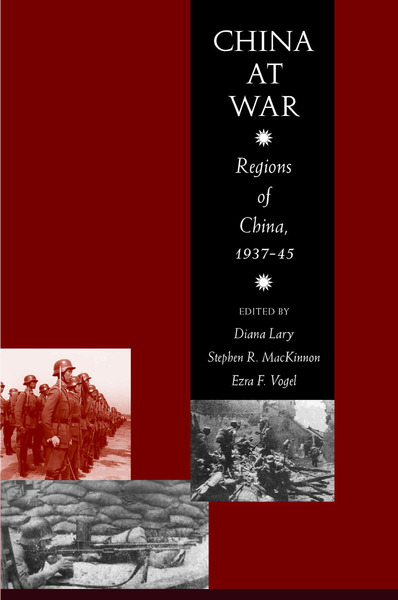 In response to the leaders of China and Japan attacking each other for the way they deal with history, scholars from Japan, China, and the West held a conference in 2002, under the auspices of the Harvard Asia Center, to examine the Japanese invasion and occupation of China. The essays collected in this timely volume are the product of these scholars’ research on this historical problem. Delving deeply into the nature of the occupation, the authors examine local variations in the role of the Japanese in local politics, economics, and society, in such diverse localities as Manchuria, Mongolia, Shanghai, Jiangxi, and Yunnan, where the wartime experience has been little studied.

Diana Lary is Professor of History at the University of British Columbia. She is coauthor of Swallows and Settlers: The Great Migration from North China to Manchuria (2000) and The Scars of War: The Impact of War on Chinese Society (2001). Stephen R. MacKinnon is Professor of History at Arizona State University. His recent publications include China Reporting: An Oral History of American Journalism in the 1930's and 1940's (1990) and The Scars of War. Ezra F. Vogel is Henry Ford II Research Professor at Harvard University. His publications include Is Japan Still Number One? (2000) and The Four Little Dragons : The Spread of Industrialization in East Asia (1993)

"[China at War is the result of an international conference of scholars whose papers center on the main theme: the regional experiences of the war in China. By bringing together those whose approaches to the war are varied, a more nuanced picture of the Chinese experience in the war is made possible. . . [A] new and valuable perspective to Chinese studies."

"China at War is a valuable and welcome addition to the steadily expanding scholarship on one of the most ignored events in modern Asian studies: the Sino-Japanese War of 1937-1945, known in China as the War of Resistance against Japan. Based on a 2002 conference organized by the Harvard Asia Center, the volume includes excellent articles by a group of leading scholars in the field."

—Chang-Tai Hung, The Hong Kong University of Science and Technology

"English language publications alone include volumes on China's conduct of the war of resistence, the management of Japan's waratime empire, the Rape of Nanjing and other Japanese atrocities, Japanese labor conscription in wartime Asia, and the social, cultural, and psychological impact of the war on the Chinese people. China at war, a new collection of essays edited by Stephen MacKinnon, Diana Leary, and Ezra Vogel, adds to this body of work and contributes a useful regional and local perspective to an understanding of this cataclysmic conflict." 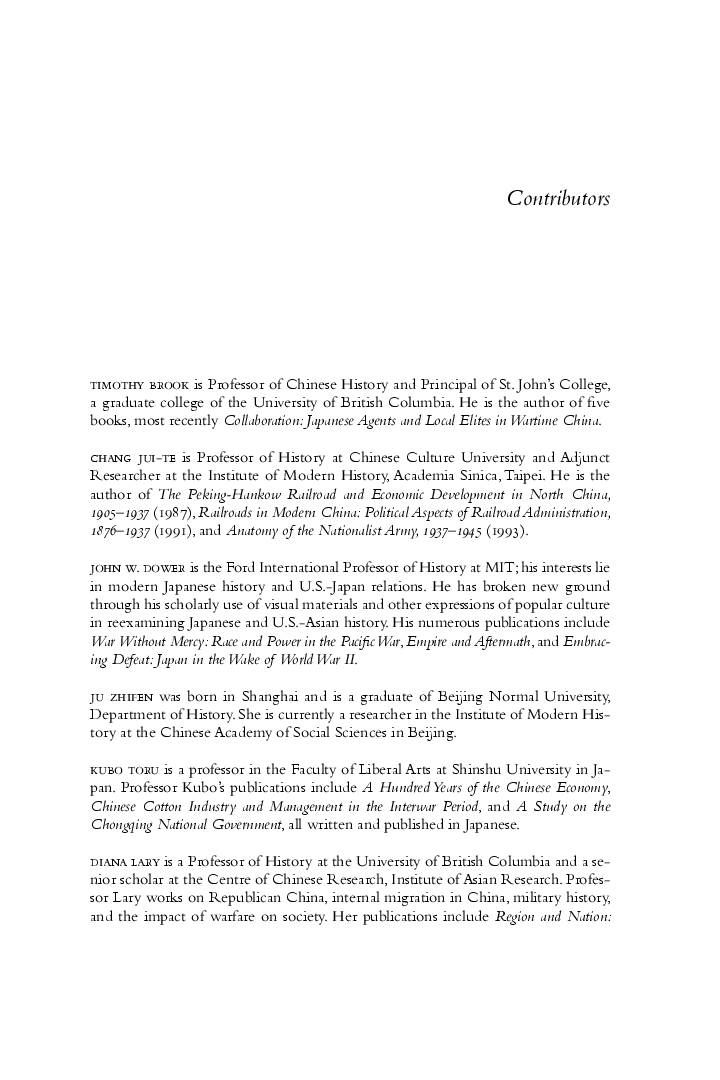 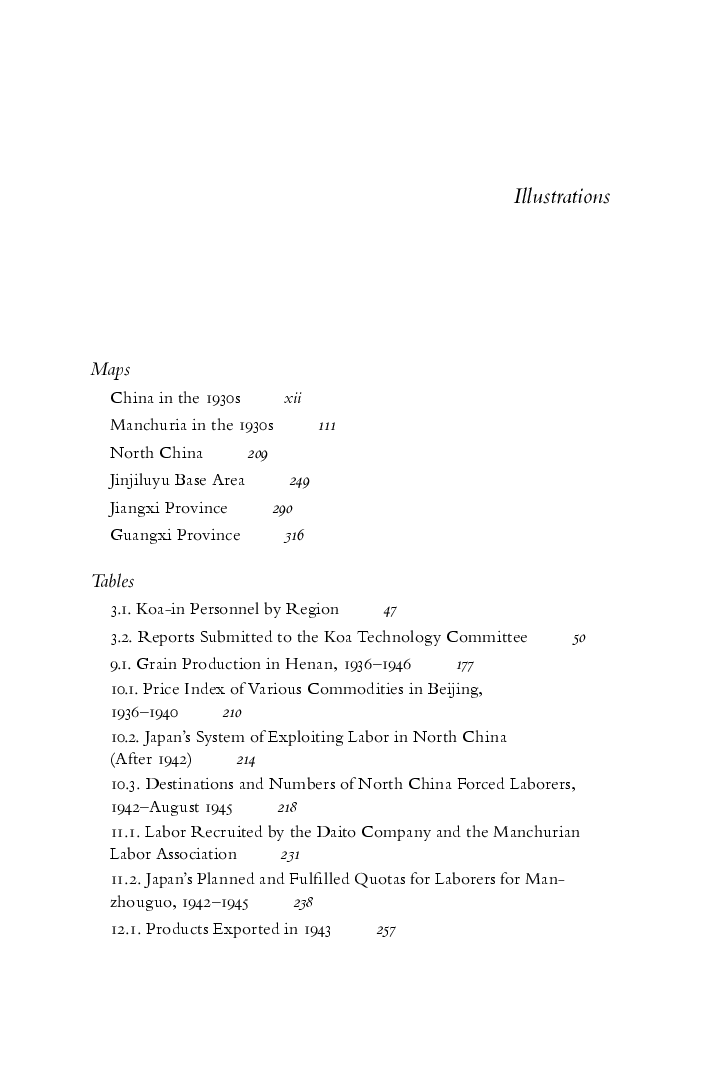 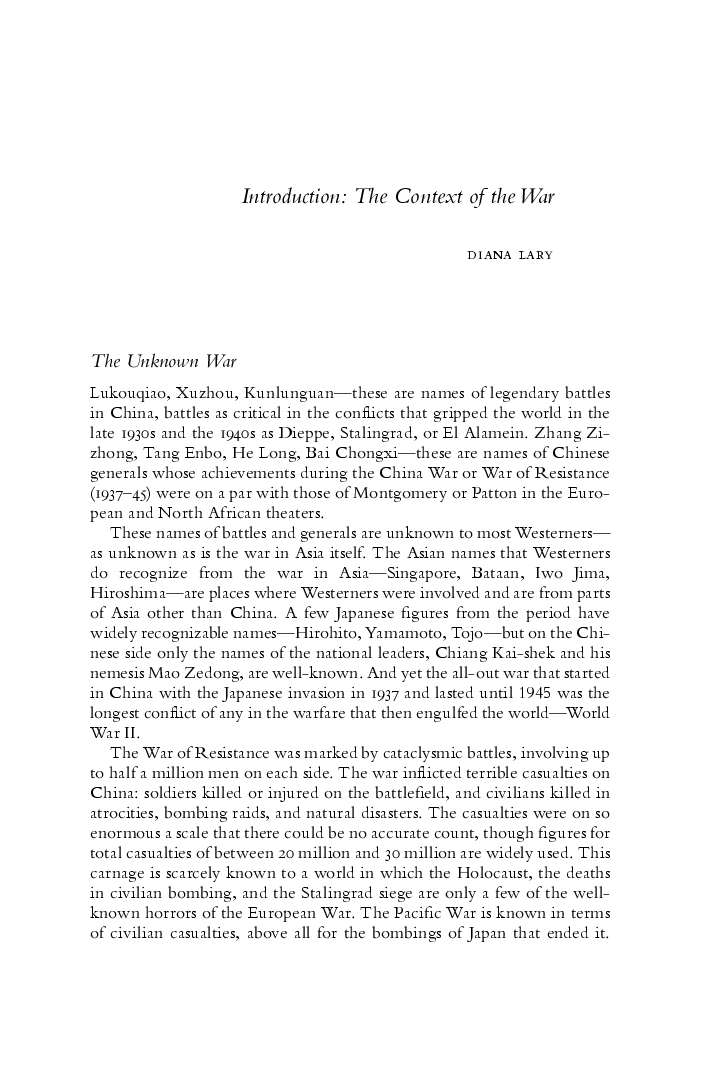 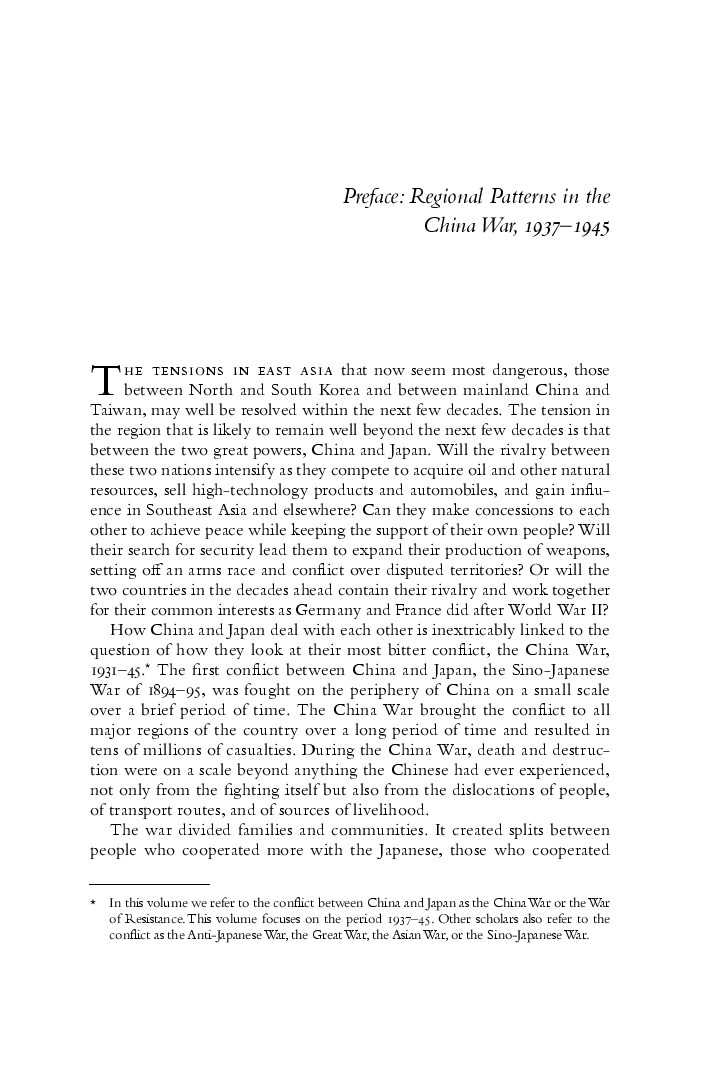 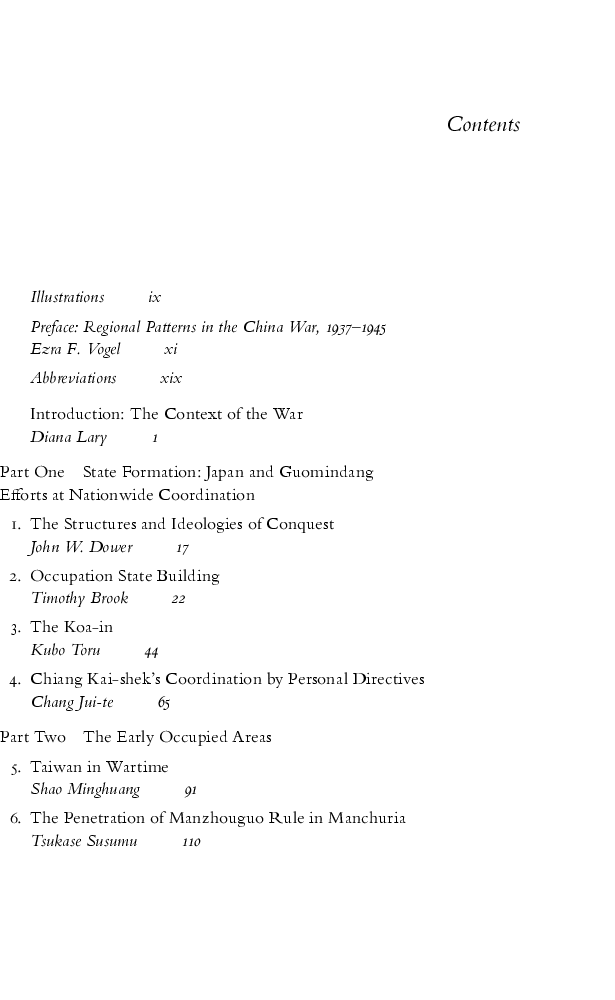