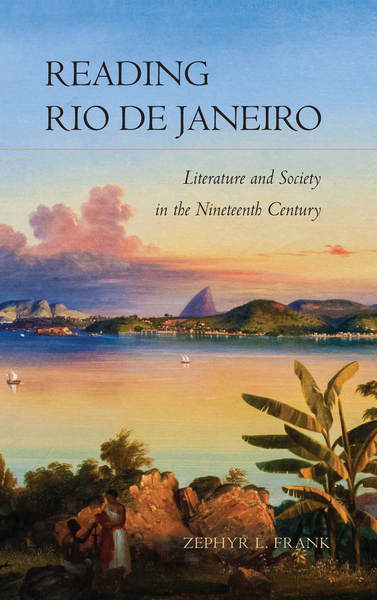 I have written a dozen versions of this preface over the years, as this project has grown and changed direction more than once. Started as a largely empirical study of inequality in nineteenth-century Rio de Janeiro, the research gradually shifted to the plane of culture and everyday practices. Dissatisfied with the blank face of data, I started to think of literature as a source of illustration that could liven up the dreary tables I generated. After several years of struggle, I reached an impasse. No longer satisfied with the tables, I was equally unhappy with the treatment of literary sources as illustrations. Naturally, I tried mixing the two together, with inconclusive results. During this period, I presented some of these ideas at conferences and seminars and found that my audience was as perplexed as I was. Literature did not help make sense of the tables and figures; data did not improve the interpretation of literary material. It was time to make a clean break.

So I started to read more literary history, particularly from the Marxist perspective, and less traditional history. I followed an idiosyncratic path into social theory. Franco Moretti led me to Georg Lukács and Georg Simmel; Erving Goffman to George Santayana and William James; and Roberto Schwarz to Antonio Candido and Augusto Meyer. Above all, I read and reread Brazilian literature. What did I learn?

From the Brazilian literary critics, I learned to emphasize an internal reading of the novels rather than try to match what I read in literature directly to what I read in traditional historical sources. My readings focused on the problems the author placed in front of his characters and the possible solutions hinted at or demonstrated through the unraveling of the plot. This new understanding of the social problems described in literature allowed me to make connections to the broader empirical base of historical material I had collected over the years regarding the social structures of Rio de Janeiro. The key was maintaining the relative autonomy of the two kinds of analysis. In effect, I discovered that to write this book, I would have to write drafts of two books, which is what I have done. The final step is placing the two manuscripts side by side and discovering the points of contact and reinforcement. This is how I have read Rio de Janeiro and then written about it.

What were the problems literature set out to delineate and perhaps solve? The answer is relatively simple, although the exploration required to come to it was intricate and ranged well beyond the borders of Brazil. A major focus of the canonical novels written in Brazil during the second half of the nineteenth century is the entry and incorporation of the individual in society. In a word: the bildungsroman—novels of education, finding a path to a career, and marriage. Weighty problems indeed: work and love, the crafting of an identity, and the reproduction of foundational social relationships. Many of the concerns in my parallel manuscript, the quantitative and empirical study of social structures, dealt with work and marriage, incomes and inheritances—points of contact.

Finally, the novels create a sense of the city itself as a protagonist in history. Men and women arrive from the provinces and attempt to read the social topography of the metropolis in many classic versions of the bildungsroman. They project their desires onto the city and discover new desires and new disappointments as they make their way into the urban world. Ideas about the city inform both strategy and tactics. Individuals struggle to comprehend the vastness of the city. They navigate through it. It changes and its spaces are contested and redefined.

There is nothing wrong with declarations of love in prefaces. I have loved Brazilian literature for a long time. Braudel confessed his love of the Mediterranean in a preface. I have no Braudelian aspirations in this book, but love makes a difference: It made me want to write this book, and it encouraged me to share my love of these authors with my readers.

One last note on historiography before we begin: My intention is neither to perform literary analysis per se nor to write the social history of literature. I want to do something else, something without an established name and methodology—something that combines close readings of literary texts, distant readings of corpora, sociological theories of the city and of human interaction, and economic and social history grounded in quantitative empirical evidence. The rhetoric of academic publishing can give the impression that scholarship comes from a neutral place, that it is the natural outgrowth of an engagement with a cumulative enterprise—hence the literature review at the beginning of nearly every history book, the space given over to historiography, the tendency to privilege recent works over “superseded” old ones, the belief in the cumulative that emphasizes the new. Well and good. Why not try something different?

The maps presented in Reading Rio de Janeiro were created using ESRI’s ArcMap suite of software. They reflect the physical layout of the city circa 1866, based on Gotto’s detailed map of that same year. The use of a digitized version of the Gotto map was made possible by generous colleagues in the Cecult Center, University of Campinas, São Paulo. Cartographic design, wherever it is present, is attributable to the able hands of Erik Steiner, of the Spatial History Project, Stanford University.

There are two kinds of pictures presented to the reader in this book. The first kind is images drawn from contemporary newspapers. They reflect the style and attitudes of the era and illustrate some of the social relations and concepts discussed in the text. The other kind of picture includes two original drypoint intaglio etchings commissioned for the purpose of illustrating this book with particular scenes from the novels and plays that make up the bulk of its source material. These etchings were made by Steve Baird in 2012–2013 based on photos and textual descriptions of the style of clothes worn and the physical locations of the scenes during the era in question.

In Brazil during the nineteenth century, the primary unit of currency was the mil-réis. One thousand mil-réis made up 1 conto, which was the highest unit and would be written as 1:000$ (1 conto and 0 mil-réis). During most of the period contemplated in this book (1840s–1880s), the mil-réis was worth about 50 cents. Thus a rich estate of 300 contos, like that of Quincas Borba, would have been worth approximately $150,000. This conversion rate for mil-réis to dollars comes from archival documents and from Holloway, Policing Rio de Janeiro.

The primary texts for this study are the novels and plays written and set in nineteenth-century Rio de Janeiro. In all cases the base texts were derived from the definitive collected works of the authors. For the novels, I used the volumes published by Editora Aguilar. The plays of Alencar, Macedo, and França are found in the volumes published by Serviço Nacional de Teatro. Martins Pena’s collected comedies are found in the three volumes published by Martins Fontes. PDF versions of all the texts were also obtained online for network and content analysis. Where possible, citations to the texts include both the page number in the definitive editions and the chapter or scene number in order to facilitate identification of passages in other editions.

Unless otherwise noted, all translations, whether of fictional or scholarly works, are my own.