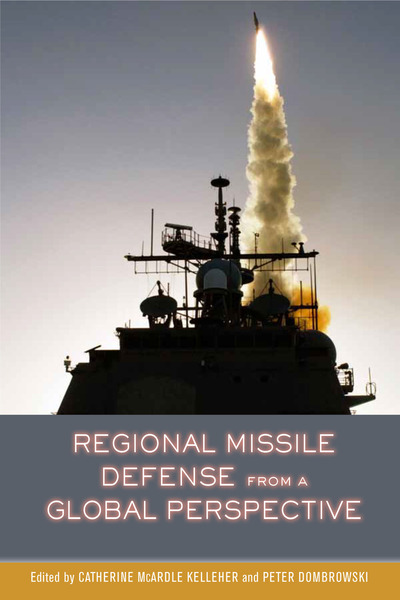 This chapter discusses U.S. ballistic missile defense policies and programs through four administrations, from President Reagan through the second President Bush. That history has been one of major change—in basic strategy, military aims, threat definition, technological focus, funding, and U.S. and international political salience. National missile defense (NMD) efforts, aimed at countering strategic ballistic missiles, were particularly subject to dramatic fluctuations over the period. Programs grew or contracted, and were emphasized or terminated, depending on several different factors. Changes in the political environment surrounding NMD were undoubtedly due in large part to the scaled-down ambitions of U.S. NMD efforts.

Since the collapse of the Soviet Union, every U.S. administration has articulated similar missile defense objectives: (1) The United States will defend its homeland from limited ballistic missile attacks, and (2) it will defend U.S. deployed forces from regional missile threats while also protecting our allies and partners. This continuity may seem unremarkable. But it stands in stark contrast to the Cold War, which saw the United States adopt almost every conceivable policy on ballistic missile defense (BMD), ranging from no policy to outright opposition to complete support to the qualified endorsement of limited defenses. It represents an equilibrium between three forces: external threats, domestic politics, and technological and financial realities. The first two forces have tended to put "upward pressure" on BMD programs. The scale of U.S. ambitions has, however, been kept in check by the cost and technical complexity of developing and deploying defenses.

The Obama administration has adopted the Phased Adaptive Approach (PAA) to guide its deployment of defenses against theater-range ballistic missiles. Under this approach, the United States will deploy missile defense architectures tailored to the needs of specific regions and support the integration of U.S assets with allied resources. It will deploy these capabilities over time, taking advantage of improvements in its sensor and interceptor technologies. The phased approach will also allow the missile defense architectures to adapt vis-à-vis changes in an adversary's capabilities. With the PAA concept, regional ballistic missile defense (BMD) capabilities will combine with other U.S. military systems in extended deterrence architectures goals. As the United States and its allies deploy more capable systems, and as these systems blend and overlap into a global missile defense architecture, they will affect assessments, among both adversaries and allies, of regional and global stability.

Perhaps the most important and contentious question regarding ballistic missile defenses is whether can they work. However, the answer to this question is not simple and will depend on many factors, such as the type of defense, the nature of the attacking missiles, the circumstances of the attacks, and the standards by which the success or failure of the defense is judged. Broadly speaking, many supporters of ballistic missile defenses argue that not only can they work but that they have already demonstrated that they will work. On the other hand, critics argue that not only is the effectiveness of defenses unproven but that there are fundamental reasons to believe that they will never be able to function effectively.

Congress has been more involved in missile defense than it usually is on national security, but its motivations and impact are often misunderstood. One common misconception is that missile defense was intensely controversial during the twentieth century but now represents a rare area of stable consensus across party lines and between the Executive Branch and Congress. Another is that Congress has been unusually active on missile defense because the public strongly supports it and would punish politicians who did not. A deeper look shows that there is not, and never has been, a consensus about the feasibility and desirability of comprehensive missile defense, nor on related questions such as how nuclear deterrence works and what, if any, role arms control should play in security policy.

This chapter reviews the evolution of the missile threat against Israel and the emergence of the indigenous Israeli and collaborative U.S.–Israeli missile defense response. It highlights the remarkable success achieved by the Israeli missile defense program, not only in tests and simulations but in combat. It also goes on to briefly analyze some of the vexing dilemmas in its second phase, such as who and what should get a higher level of protection, that have grown precisely as a result of these remarkable technological advances in missile defense. It concludes with a brief discussion of key implications of the Israeli introduction and operation of a multilayered missile defense system. Although some of these dilemmas and implications are specific to Israel, others may have broader relevance for other nations seriously considering the implications of missile defense.

One of the least well known of the regional missile defense efforts encompasses the Arabian Gulf nations, primarily those allied with or friendly to the United States, who all face a new strategic landscape in the twenty-first century. For almost a decade, the United States has been laboring to construct an integrated and layered missile defense architecture in the Gulf, one that networks the sensors and interceptor missiles of all its Gulf allies and partners into a unified command, control, battle management, and communications system to maximize efficacy and cooperation with American programs nearby. Washington's efforts have encountered numerous hurdles.

This chapter outlines the unique, and still largely nascent, development of ballistic missile defense (BMD) capabilities in both India and Pakistan. The focus is on each country's indigenous efforts, as well as support that they have sought from foreign suppliers. It then outlines how BMD figures in each country's national security strategies and nuclear doctrines. The chapter then discusses the interactive effect between BMD developments on the one hand and nuclear doctrines, modernization, and potential nuclear weapons use in peacetime, crisis, and war. How external involvement—both supply and cooperation and actions that shape threat perceptions—affects ballistic missile developments is emphasized. In particular, China's role in the Indo-Pakistan dyad, including Beijing's own actions and reactions to U.S. ballistic missile defense developments, has a significant impact

China has long viewed U.S. development and deployment of missile defense systems as an important threat to Chinese national security. Specifically, Chinese analysts are concerned that U.S. missile defenses could diminish the credibility of China's growing, but still relatively modest, nuclear deterrent force by threatening to eliminate missiles that would survive a hypothetical disarming first strike against China. Yet even as Beijing continues to object to U.S. missile defense programs on the ground that they are strategically destabilizing, China is developing its own midcourse missile defense intercept technology. This chapter explores Chinese views on missile defense technology and capabilities

In early October 2013, the U.S.–Japan Security Consultative Committee (SCC), comprising the heads of defense and foreign ministries in both countries, issued a joint statement. The statement emphasized the centrality of the two countries' alliance in maintaining international peace and security and, more specifically, in providing for the security of Japan through the full range of U.S. military capabilities. The strategic vision was emphatic on the need to significantly upgrade the capabilities of the U.S.–Japan alliance.

The purpose of this chapter is to reconstruct the debate about U.S. BMD in these new circumstances. It begins with a description of the new strategic problem for which missile defense is relevant. This is the problem posed by regional actors like North Korea seeking nuclear weapons and the means to deliver them at all ranges, with the hope of creating a relationship of mutual vulnerability with the United States. The chapter then defines the place of BMD in the intended comprehensive approach to this new strategic problem. It goes on to catalogue the particular and specific values of BMD. Turning to the stability topic, it addresses the concerns of Russia and China in the context of technical considerations. The chapter also considers two main counterarguments to the propositions set out here

Thirty years, and many billions of dollars later, the policy debates raised by President Reagan's "Star Wars" speech continue, with many of the same critiques being applied to a system that is now operational. Nevertheless, many changes have taken place, both in terms of the international political context in which the merits of missile defense are debated, as well as in the very nature of the missile defenses themselves. These changes have not only affected the policy debate but also the debate over the economics of missile defense and, in particular, the question of foregone expenditures, or the opportunity cost, of missile defense budgets. Debates about the viability of missile defense range from capability issues, to cost estimates, to ideologically driven views of the optimum manner in which to pursue strategic stability. It is the last of these three factors that will continue to dominate the antiballistic missile debate.

Even with the Obama administration's successes building on the missile defense policies of the Clinton and Bush administrations, there remain questions of comparative strategic impact, cost, and technology like those that derailed the previous periods of missile defense enthusiasm. It is unclear how theater and national approaches to missile defense—especially EPAA, but the other regional arrangements as well—will progress in the face of three major challenges: strategic implications, cost, and technological progress.