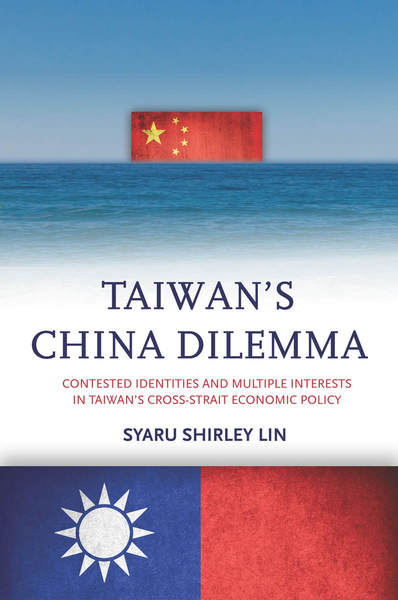 This chapter identifies the puzzle of this study. Unlike Taiwan's economic policies toward other major trading partners, its policies toward China since cross-Strait economic relations resumed in 1990 have been characterized by periods of economic liberalization (promoted largely by Taiwanese businesses), followed by more restrictive measures (after a strong public reaction from those who feared negative consequences), then renewed liberalization once the costs of restriction became evident. Compared to other small trading states in the modern global political economy, Taiwan has a unique set of foreign economic policies. While most research on foreign economic policy utilizes a structural analysis of the international system and a rationalist analysis of domestic economic factors, these approaches are inadequate when it comes to Taiwan. The intense debate on Taiwan's national identity has shaped the formulation of policy and must be factored in.

The first episode centers on President Lee Teng-hui's attempt to restrict economic relations with China in 1996, when the nature of Taiwanese national identity was still highly contested. Reflecting his concerns about the initial liberalization of Taiwan's economic relations with mainland China, Lee inaugurated the "Go South" policy in 1994, the Taiwan government's first, albeit relatively weak, effort to redirect trade and investment away from mainland China and toward Southeast Asia. After the 1995 missile crisis Lee rolled out a tougher "No Haste" policy, formalizing restrictions on cross-Strait economic relations. A National Development Conference in 1996 was convened to mobilize what initially appeared to be overwhelming support for this policy. A case study of Formosa Plastics' Zhangzhou project demonstrates the effectiveness of Lee's restrictive policy towards China and illustrates how the debate on identity and on policy choice continued during the implementation stage.

By 2000, a "Taiwanese" identity was gaining ground over an exclusively "Chinese" identity. Having won the presidential election that year, the DPP's Chen Shui-bian became Taiwan's first non-KMT president. But he still confronted a KMT-controlled legislature and an economic slump. Despite the DPP's record of favoring independence, Chen concluded that liberalization would be the most effective way to restore growth and strengthen his political base. He therefore decided in 2001 to free cross-Strait economic policies from some of the No Haste constraints. Chen's government organized a large-scale Economic Development Advisory Conference in 2001 to discuss policies relaxing the KMT's restrictions on investment in China. But Active Opening proved even more controversial than No Haste. The case study in this chapter—the first of two on the semiconductor industry—illustrates the ongoing debate over identity and policy choice during the policy implementation stage.

In this episode, a largely "Taiwanese" national identity had become dominant although few Taiwanese favored an immediate declaration of independence from China. In 2004, Chen Shui-bian won reelection by a razor-thin margin. Two years later, mired in personal scandal and facing a growing national budget deficit and declining popularity, Chen sought to appeal to the fundamentalist elements in his political base by restricting investment in China. He convened the Conference on Sustaining Taiwan's Economic Development to gain support for this Active Management policy. But the conference failed to pass any formal resolution endorsing Chen's proposals. A second case study on the semiconductor industry demonstrates that the debate during the implementation of the new policy focused on its expected economic costs and benefits, rather than on its implications for Taiwan's national identity.

The last episode begins with the KMT regaining power in 2008 under the leadership of Ma Ying-jeou. A Taiwanese identity was largely consolidated but the majority of Taiwanese showed a preference for political autonomy rather than formal independence and supported further economic integration with China. Cross-Strait negotiations on economic relations resumed and produced liberalizing agreements. Ma's administration then launched a campaign to gain public support for a framework agreement, the Economic Cooperation Framework Agreement, which would gradually normalize and institutionalize trade and investment relations. The final case study, on the dramatic student-led protests in 2014 against the ratification of an agreement on trade in services (the Sunflower Movement), analyzes this unprecedented backlash and shows the changing nature of the debate over cross-Strait economic policies where both supporters and opponents of further liberalization made arguments on rational and pragmatic considerations as well as national identity.

The last chapter summarizes the findings of the four empirical episodes. First, a high level of contestation over national identity led to perceived choice among extreme economic policies, as evident in the first two episodes. Second, as a consensus on identity was forged, the narrowing spectrum of policy debate eliminated the extremes, but did not produce a consensus on the remaining options. However, this consolidated national identity has allowed Taiwanese to separate their preferences regarding Taiwan's economic policy toward China from their preferences on Taiwan's future political status. This study has implications for Taiwan's domestic politics, for the future of cross-Strait relations, and for theories of international political economy.