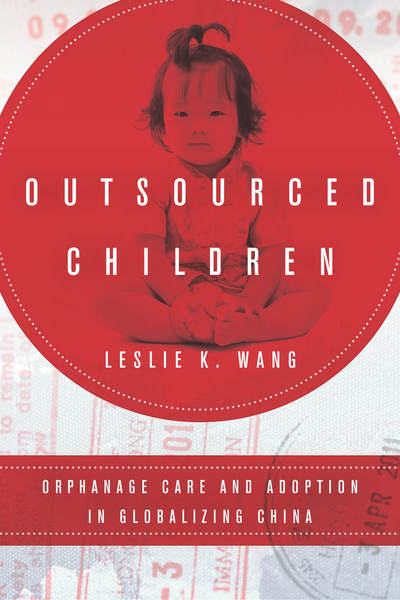 Contents
Excerpt from the Introduction
Contents and Abstracts
1 Introduction: Children and the Politics of Outsourced Intimacy in China
chapter abstract

The introduction gives a broad overview of the book and locates the circulation of children across families, institutions, and nations within the larger context of the PRC's rapid global rise. Socio-economic transitions and the increasingly competitive nature of Chinese society marginalized offspring who are considered to lack future economic potential. I draw attention to children's experiences within state-run institutions that received aid from international humanitarian NGOs and the ensuing conflicts over their care. This book explains how and why Chinese authorities have permitted Western groups to use their own resources to care for marginalized children in light of China's changing relationship with the industrialized world.

2 Survival of the Fittest: Relinquished Children in an Era of "High Quality"
chapter abstract

This chapter orients readers to the societal causes and consequences of child abandonment in the reform era, a time of unprecedented economic growth. As the Chinese government encourages parents to bear "high quality" offspring for the sake of the nation, many rural daughters and special needs children have been relinquished to state care. This chapter explores how growing economic insecurity, stringent fertility regulations, and cultural preferences for sons have devalued millions of healthy girls and special needs children.

3 From "Missing Girls" to America's Sweethearts: Adoption and the Reversal of Fortune for Healthy Chinese Daughters
chapter abstract

Untold numbers of abandoned "missing girls" languished in state-run orphanages until 1992, when the Chinese government first began its international adoption program. Since then over 130,000 children have joined families across a wide range of countries in the global north. This chapter argues that foreign demand has transformed gender into an advantage as girls have been transformed into priceless Western daughters. The chapter explores the racialized and gendered reasons why these girls are so highly sought after and discusses how this desire has stimulated an underground market in babies. As China has become increasingly influential globally, the number of healthy adoptable girls has declined. Moreover, in recent years, the Chinese government has severely limited the eligibility of Western parents while encouraging domestic placements. These shifts in adoption trends therefore also demonstrate China's growing ability to assert itself on the global stage using the symbolic value of its children.

4 The West to the Rescue? Outsourced Intimacy in the Tomorrow's Children Unit
chapter abstract

The global humanitarian aid industry's presence in China has allowed government authorities to outsource intimate labor to highly resourced foreign groups, which are motivated by their own child-saving agendas. This chapter draws from fieldwork conducted in the Tomorrow's Children infant palliative care unit. Thus unit, which was housed within the grounds of Chinese state orphanages, were funded and managed by middle-class evangelical Christian volunteers. Volunteers employed first-world medical practices and universalistic ideologies regarding children's best interests to care for the orphanages' children. This chapter examines conflicts that erupted between Westerners and the local working-class Chinese caregivers who were expected to implement the imported practices. This case shows that children's "best interests" are not universal, but are instead shaped by the surrounding context and access to resources. Moreover, the involvement of Western institutions in Chinese orphanages can actually create stratification between children in terms of their opportunities.

5 The Limits of Outsourced Intimacy: Contested Logics of Care at the Yongping Orphanage
chapter abstract

This chapter highlights the collaboration between the Helping Hands organization, a group comprised of Western expatriate women volunteers, and the Yongping Orphanage located outside of Beijing. This chapter argues that the elite gendered space occupied by the volunteers led them to develop a logic of care based solely in maternal nurturance. This logic permeated their volunteer efforts, causing conflicts with Chinese state caregivers who prioritized the performance of reproductive tasks such as cleaning and laundry. These two irreconcilable logics of care caused recurring friction and ambivalence on both sides. Thus, the tensions involved in this transnational care collaboration illustrate the complexity of global humanitarian efforts in non-Western contexts.

Although most scholarly attention has centered on healthy female adoptees, in recent years a growing number of special needs children have been placed in foreign homes. This chapter draws on fieldwork in Tomorrow's Children special care units to highlight efforts taking place in China to transform unwanted disabled children into internationally desirable daughters and sons. In the special care units, processes of outsourced intimacy remade marginalized youth into first-world citizens who were prepared for middle-class lives abroad. This chapter also highlight the role that American Christian evangelicals have played in popularizing an "adoption movement" that seeks to promote U.S. moral authority around the world through the adoption of individual children.

The final chapter discusses the larger implications of this study. It reviews the argument and considers the extent to which the Chinese government's outsourcing of intimacy to global humanitarian organizations and actors has impacted the lives of institutionalized children. The chapter returns to the author's two main ethnographic fieldsites and discusses the implications of outsourced intimacy on new waves of Chinese adoptees who are making the decision to return to China as tourists or to attempt to locate their birth parents. The concluding section explores the significance of child abandonment, orphanage care, and transnational adoption in terms of China's continuing fraught relationship with the industrialized world.