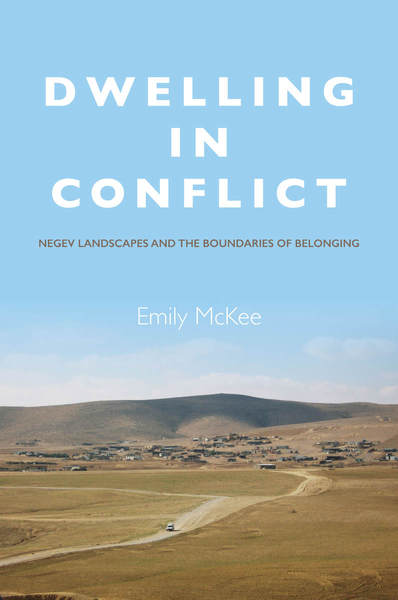 Sitting on a patch of grass in Givat Ram, Jerusalem, in 2007, I had a meeting that launched two years of fieldwork and initiated the network of social connections that I trace throughout this book. Ra’ed Al-Mickawi had just taken over directorship of a small environmental justice NGO called Bustan l’Shalom (“Orchard for Peace,” usually shortened to “Bustan”) three months earlier. We sat together that afternoon in the chilly December sun to discuss Bustan’s work and my research. I was starting an ethnographic study comparing practices of environmental activism in Israel. I hoped to use environmentalism as an alternative lens for examining the attachments to land so commonly cited as the cornerstone of the region’s Arab-Jewish conflict.

Bustan consisted of half a dozen Jewish and Bedouin Arab staff members and a network of occasional volunteers. They worked with residents of the Negev, the desert region in Israel’s south, to promote socially and environmentally sustainable lifestyles, and they advocated outside the region for policy changes that would address the Negev’s land conflict in socially and environmentally responsible ways. Ra’ed leaned forward and spoke with energy as he described the intertwined ecological and political goals of Bustan’s projects in community gardening, sustainability classes, and installation of solar-powered medical equipment for ill children in Bedouin Arab villages without electricity. Realizing that my research interests fit well with Bustan’s mission of environmental justice, Ra’ed invited me to join the group to conduct my research.

Five days later, I moved into Bustan’s Green Center, an apartment in the city of Beersheba that served as the organization’s headquarters, volunteer housing, and demonstration site for sustainable living. I arrived by bus late at night with two suitcases, and Anna, the Green Center coordinator, welcomed me and showed me my room. The next day, I began exploring my surroundings, meeting other Bustan staff members and volunteers, walking through Beersheba in search of the produce market, and learning my way around the Green Center’s herb garden.

Two days after my arrival in Beersheba, I was cooking and cleaning with Leah, a volunteer living at the Green Center, when we got a phone call from Ra’ed. Tonight his friend, a filmmaker, had a public showing of his new film about Bedouins in an unrecognized village. Would we like to come along? We both readily agreed, dumped our half-eaten dinners into Tupperware containers, and went outside to meet Ra’ed in a taxi. On the other side of town, Ra’ed led us to the entrance of an old bomb shelter. A light glowed from inside, and posters on the door advertised the place in Hebrew, Arabic, and English as the “Multaka-Mifgash,” home of a local nongovernmental organization called the Negev Coexistence Forum. We entered the shelter, climbing downstairs to find a large room with rows of plastic chairs and a projector. Through a doorway across the room, people mingled, drinking mint tea and crunching on wafer cookies while they waited for the movie to start.

Everyone soon took their seats, and we watched the story of a three-generation family unfold. The movie opened with text explaining that 76,000 Bedouin Israeli citizens live in forty-six villages not recognized by the state. Though most of these villages existed before the State of Israel was founded, a 1965 Israeli law declared them all to be illegal. In 2000, the text continued, the government offered residents of one village, Wadi al-Na‘am, a deal to leave their village home and move to a government-planned town. The el-Masoudin family is deciding what to do. The text ended, and the movie unfolded to show us daily life in a rural home without electricity or hot water that lay just 14 kilometers away from us. We met a mother who wanted the educational opportunities promised in the planned town, a young son who wished for the running water and electricity there, and a grandfather who wanted to continue farming and playing with his grandson in the olive trees he planted decades ago.

Following the movie, the filmmaker and the council head of a different unrecognized village spoke and answered questions from the audience, a mixed group of Jewish and Bedouin Arab Israelis speaking in Hebrew. Most people asking questions were aware of the difficult living conditions in unrecognized villages and the land disputes that shape their unrecognized status. However, an intimate glimpse into the home life of a family in one of these villages and the chance for Jewish and Arab residents of this segregated region to speak candidly with each other were unusual. Residents took the opportunity to discuss how families were dealing with internal disagreements about relocating to government-planned towns, why many Jewish Israelis viewed Bedouins as lawbreakers and how Bedouins responded to the label, and how best to open constructive discussions among the wider Israeli public about the unrecognized villages.

The evening gave me a glimpse into the investigative value of crossing social boundaries and attending to everyday dwelling. The Negev was new to me that December, and it was through field visits with Bustan members, meetings with their partners, and visits to the homes of their volunteers that I began learning the social and ecological landscapes of this desert region. Within my first week in the Negev, I visited a middle school whose principal wanted to develop an eco-arts program with Bustan, attended the public film viewing, participated in a workshop at the Green Center in which a group of women from a Bedouin Arab town learned how to make herbal salves, sat in a meeting with one of Bustan’s “Negev Unplugged” tour guides as he trained a new staff member to lead these environmental justice tours, traveled with Ra’ed to a farm near Jerusalem to discuss a possible collaboration in distributing heritage seeds, and joined Bustan’s monthly staff meeting to plan projects. In the process, I met Bedouin Arab residents of both government-planned towns and “unrecognized” villages and Jewish residents of Beersheba and smaller towns. I spoke with Muslims and Jews and atheists, with illiterate and well-educated people. All these activities taught me about Bustan’s approach to socioenvironmental activism.

Equally importantly, the activities introduced me to a variety of social milieus unusual outside of Arab-Jewish coexistence activism. The Negev is deeply divided not only along lines of Bedouin Arabs and Jews, but also along differences of religiosity, class, and political orientation. With Bustan, as I continued traveling for meetings and events and eventually took over coordination of an environmental education class, it became clear to me that I was crossing physical and sociopolitical boundaries that typically divide the Negev into a segregated landscape. Divisions consisted of physical barriers, like walls and highways; practices, like the use of different languages, and changes in bodily comportment; and policies that directed government funds toward some groups more than others and eased legalization of land use for some while restricting it for others.

Boundary crossing became central to my fieldwork approach, since it allowed me to investigate divisions more dynamically. My research shifted from being about environmentalism to being a study of land relations more broadly, with environmentalism as one aspect. After spending six months with Bustan, I made plans to continue research while living in two of the region’s most segregated spaces, a government-planned Bedouin township and a Jewish moshav (farming village). By both embedding myself in segregated parts of the Negev and moving between these places, I could see more clearly how landscapes were being divided and claimed.

This book works backwards, in a sense. I dove into research first with a group focused on challenging boundaries, and only later did I turn my attention to how these boundaries are hardened. This book, however, begins by identifying the boundary lines that define and fortify land conflict in the Negev through land-use planning, history telling, and law making. It explains how these demarcations rest on a set of nested oppositions between Jew and Arab, culture and nature, and progress and tradition. Then the book uses case studies to explore how Negev residents dwell within, and sometimes challenge, these supposedly strict oppositions. Though I return to the story of Bustan only in the final chapter, it is significant that this small NGO at the margins of Israel’s sociopolitical spectrum was my entry point to the Negev. A view from the edges helped me see boundary lines more clearly—both the omnipresence of contemporary segregation and the possibility of softening those lines.