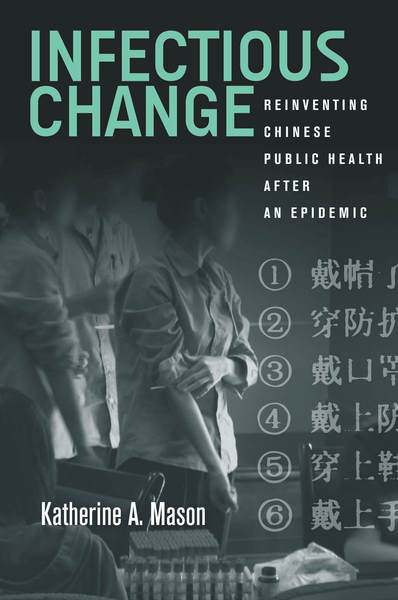 This chapter situates the reader in time and space and lays out the main arguments of the book. The author provides an overview of the recent history of public health in China, and describes the pseudonymous city of Tianmai. The author then suggests that due to key differences between professional responsibility as it is defined in the clinical and public health settings - particularly with regards to the aggregate nature of the public health "client" – a bifurcation of service and governance arose in Tianmai between a "common" being served and local populations being governed. The chapter lays out five "commons" that will be examined in the rest of the book: a civilized immigrant common, a professional common, a transnational scientific common, a global health common, and a global common. It also suggests that the Tianmai case can offer novel insights into the study of global health.

This chapter takes a closer look at the immigrant city of Tianmai, and considers how the modern, cosmopolitan urban paradise that Tianmai's elites were trying to build included some and excluded others. In particular, the chapter examines the relationship – or lack thereof – between Tianmai's public health professionals and the city's enormous "floating population" of rural-to-urban migrants. The author shows how her interlocutors – former migrants themselves – refused to engage with migrant individuals, and actively maintained personal, moral, and professional boundaries between themselves and the floating population. This effectively divulged public health professionals of responsibility for the majority of the people who lived in their city and established them as "biological non-citizens" who had to be governed but could not be served. In doing this public health professionals worked to serve a civilized immigrant common of modern urban subjects that did not include the floating population.

This chapter illustrates how the power to implement any given public health initiative in China was located within the webs of guanxi, or personal relationships, that public health professionals spun anew at the beginning of each project. Drawing on rich ethnographic description, the chapter takes the reader into the banqueting and other entertainment rituals that public health professionals engaged in almost daily in order to create and maintain these networks of reciprocal obligation and personalistic trust. The author then examines how a group of young, highly educated post-SARS reformers attempted to rid the public health system of guanxi, which they regarded as anti-scientific and akin to corruption. These reformers hoped to build a more transparent and reliable system of disease reporting and governance by establishing a professional common grounded in professionalized trust.

This chapter critically examines public health research and science in Tianmai. The author explores the efforts of Chinese public health professionals to advance their careers through scientific research, and discusses how in the wake of SARS, Chinese public health institutions dramatically increased their investments in scientific research – rendering publishable research a major focus of local public health work. Newly hired young people labored to produce the "quality" and "true" data that they associated with good science. They hoped that doing so would give them a chance to "develop themselves" as members of transnational scientific common, and to escape a local moral world that they felt was dominated by mimicry, deception, and instability. The chapter suggests that their approach to research provides a mirror through which public health researchers in other contexts could critically examine their own ethical practices, raising new questions about global research ethics.

This chapter provides an ethnographically rich eyewitness account of Tianmai's response to the 2009 H1N1 influenza pandemic, describing how public health professionals in Tianmai drew upon the lessons of SARS to mount what they thought would be an internationally lauded response to H1N1. In attempting to prove their pandemic preparedness capabilities and ensure a place among the global scientific elite, however, Tianmai's public health professionals instead found that their full admittance into a global health common and a global common remained elusive. The chapter discusses the professionals' difficulties in escaping their perceived status as a source, rather than a victim, of dangerous viruses; their use of disease control tactics that were portrayed abroad as excessive and unsophisticated; and their disappointment with the failure of their leaders and guanxi partners to act in the professional fashion that they had been trying to promote since SARS.