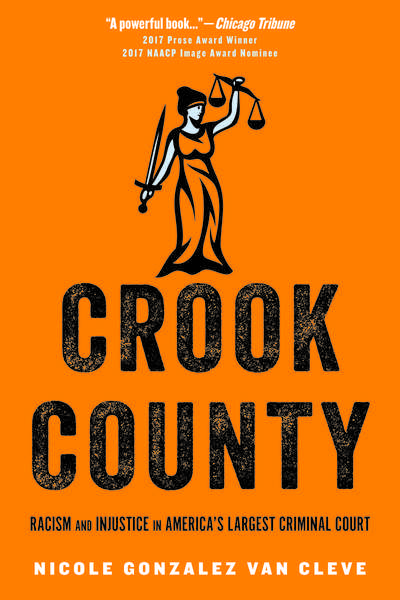 The Introduction outlines the ethnography of the criminal courts in Chicago–Cook County,which examines how the racial segregation that defines mass incarceration manifests within our criminal courts. In these sites, the mostly black and Latino defendants confront a workgroup of white professionals who are charged with deliberating on the criminality of a racialized offender pool. Despite due process protections and professionals who espouse colorblind ideologies, judges and attorneys use racialized tropes regarding the immoral character of defendants to efficiently process the backlog of cases. By mobilizing a moral rubric to encode racial difference, professionals maintain court processes as "race-neutral." Ultimately, this account reveals the courts as a gateway for the racialization of criminal justice, where racism and discretion collide. The introduction raises questions about modern forms of colorblind racism and the claim that they are gentler and different from overt forms of the past.

This chapter examines the blurred boundaries between punishment and due process, and geographically places the courts and accompanying jail within an impenetrable moat of impoverishment and violence. Through narratives of the community surrounding the court and jail, this chapter elaborates how the criminal courts became a complex of punishment. Chapter 1 journeys inside the criminal courthouse to see the racial segregation that results from generations of social and spatial isolation. Here, the author describes the structural segregation that separates minority consumers of justice from white professionals who dole it out. These arrangements are parallel to the prescribed divisions of historic Jim Crow and translate to boundaries of behavior that define the racialized court culture. The author shows a type of complicated legal habitus defined by whites with elaborate cultural rules and practices that govern the courthouse and reinforce separate and unequal racial divides within it.

2 Of Monsters and Mopes: Racial and Criminal "Immorality"
chapter abstract

Chapter 2 interrogates the racialized ideology that informs professionals' interpretation of justice in the courts. This chapter addresses how professionals view race and how this informs who is deserving of justice, and what form and experience that justice takes. Prosecutors and judges in particular view the courts as a "race-blind" space, despite practicing law in a setting that is racially demarcated. This is contrasted with defense attorneys' awareness of racial bias but their admitted complicity in the court culture. The author analyzes the moral frameworks applied to defendants that subvert racial divides between professionals and defendants. The construction of defendants as criminally (and racially) immoral valorizes a host of abuses and violations of due process as just and fair. These abuses and violations have haunting parallels to the Jim Crow "justice" of the Deep South and show how traditional racism is practiced in a supposedly post-racial era.

Chapter 3 shows how racialized ideologies are practiced and institutionalized in criminal procedures and even in defining the advocacy strategies of the criminal defense. The data for this chapter chronicle ethnographic observations of backstage and front-stage courtroom exchanges, including plea bargains etched out in judges' chambers and outside of the formal court record. These data address how racism becomes hidden in court culture and the contours of justice. Criminal defense attorneys construct a defense within the boundaries of racialized court culture. Zealous advocacy is more about navigating the cultural laws that govern the courtroom workgroup than it is about a sophisticated management of legal evidence, trial work, or pursuing legal motions. As a result, defense attorneys admit to becoming complicit in a system they find reprehensible.

4 There Are No Racists Here: Prosecutors in the Criminal Courts
chapter abstract

While the previous chapters outline a pervasive culture of racialized justice, Chapter 4 delves into the complex notions of justice and law that define our criminal courts, as seen by a central adversarial player: the prosecution. While racialized cultural logics govern and legitimize how professionals sort and dispose of cases, prosecutors retain thoughtful critiques and frameworks of fairness, justice, and reform. Ideologically, prosecutors express a desire (and capacity) for race-neutral justice—even creating boundaries between themselves and police officers when overt bigotry becomes apparent in the system. Prosecutors identify what the author describes as a "thin blue line of bigotry," and locate racial bias as adjacent to (rather than within) their professional culture. In the same manner that defense attorneys are dependent upon prosecutors, prosecutors describe their dependency on the police as undermining justice. Prosecutors draw boundaries between themselves and the "real" bias in the system.

While defense attorneys often take a heroic stance against racialized justice, Chapter 5 frustrates the simplicity of the account by delving into the complex notions of justice and law as defined by the defense attorneys. Despite their expressed sympathies for defendants and their disdain for being complicit in a system that abuses their clients, they often act as willing ambassadors of racialized justice. They use the rubrics and logics of racialized justice to determine which defendants are "worthy" of their time and resources while helping to translate the cultural laws of the workgroup to their clients. In the same way that racialized rubrics act as an efficient institutional tool for workgroup decision making, these rubrics help defense attorneys efficiently vet the large pool of marginalized clients that they are tasked with defending.

Conclusion: Racialized Punishment in the Courts: A Call to Action
chapter abstract

The final chapter examines the implications of racialized justice on criminal law, procedural justice, and the consumer experience of criminal courts. The conclusion challenges the notion that colorblind racism or modern racism is different from the violence of traditional racism. Coupled with institutional authority, the promise of procedural justice, and the guise of bureaucratic protocols, colorblind racism is equivalent to state-sanctioned violence, even assuming some of the punitive fury of "popular justice" or torture lynchings in the South. In addition, the procedural shortcuts endemic to racialized justice are likely producing mass wrongful convictions, with factually innocent defendants serving time in jails and prisons. The lifelong consequences are discussed. From a policy standpoint, the author offers a call to action to disrupt the culture of the courts by holding them accountable through oversight, be it pro bono assistance, court watching, or voting for judges.