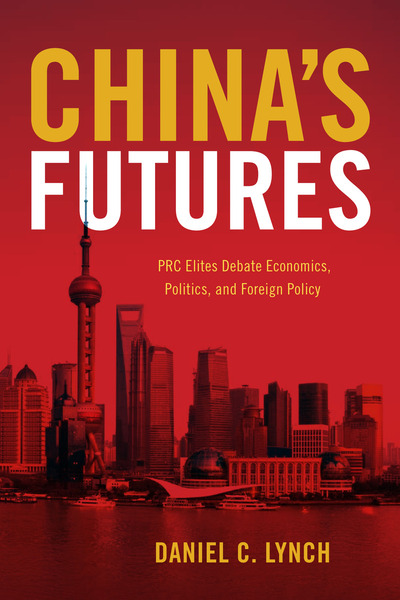 Social scientists and public intellectuals—including in the media commentariat—are fond of making predictions. Their audiences seems to demand it. Nowhere is this phenomenon more visible than in the case of rising China. But the cross-disciplinary "futures studies" subfield linking social scientists with historians argues cogently that predictioneering is a doomed enterprise with real-world negative consequences such as bad public policy. Chapter 1 explains the three core correctives analysts in this subfield argue should be used to delimit or reshape predictioneering. Many of these analysts stress that much more attention should be given to what a society's own elites imagine their country's future to hold: their images of the future. Images can act as powerful causal factors or "attractors" pulling the country in sometimes different directions. Understanding this perspective is essential to thinking more carefully and productively about the future of China's rise.

When the global financial crisis hit in 2008, the Chinese Communist Party (CCP) put into place an enormous monetary stimulus program which created the impression that China avoided the crisis and emerged stronger than almost any other country. Countless foreign commentators echoed such sentiments in the media and on the Internet. However, all along Chinese economists were exposing serious problems with China's economy and were harshly criticizing the CCP for allowing these problems to worsen. Chinese economists declined to praise the 2008-2009 stimulus program; they denounced it vociferously. Almost unanimously, the Chinese economists now express alarm that the parlous economic situation will interact with deleterious demographic trends to usher China into a middle-income trap. If this results, China's rise will cease.

Almost all Chinese political scientists and commentators recognize that China has become an overwhelmingly more pluralistic, wealthy society since reform and opening began in the late 1970s, and especially during the past decade. While some who hope for and expect eventual democratization think that the state should first tighten control over society in order to combat corruption and crack down on crime—because democracy cannot flourish when inequality is widespread and people are bitter at visible injustice—others think that only by increasing transparency and accountability starting now can corruption, pollution, and the myriad other phenomena that make Chinese citizens angry be addressed effectively. Meanwhile, certain neo-Leftist nationalists completely reject democratization as a legitimate or sensible objective. They worry that democratization would lead to the country's dismemberment, followed by its permanent subjugation to the West.

400 million or so Chinese people who have access to the Internet, either by computer or some other device. The network society affects the functioning of the economy, politics, and administration; politically and administratively, it forces CCP leaders and the bureaucrats they supervise either to become more responsive to public demands or else think of clever new ways to manipulate what citizens think and perceive. For some Chinese social scientists and propaganda officials who specialize in studying communications, transformation into a network society heralds China's eventual democratization and should be encouraged and creatively promoted. For others, it suggests the return of a nightmarishly Hobbesian, Cultural Revolution-like public sphere, only this time with the battles raging mostly through telecommunications circuits. Their debate with the optimists is intense, suggesting that the stakes in this issue-area are higher than perhaps outsiders fully appreciate.

The most prominent prediction among (Western) international relations specialists is that China's rise will precipitate serious conflict between China and the United States, stemming from the logic of "power transition theory." In contrast, China's own international relations specialists tend to imagine the power transition leading not to war but instead to China's glorious (and peaceful) recentering in international relations and world history—reflecting what they consider to be China's natural and rightful world-historical destiny. Certainly among the minority of prominent Chinese IR specialists who do read the economists and who are concerned that the success of the rise is not inevitable, a misguided and dangerous hubris is cited as the main reason for the foreign policy shift, which these moderate IR specialists find troubling.

Not only strategically and economically, but also culturally, Chinese IR specialists—almost to a person—imagine China as being in a contest or even struggle with the West to increase influence or "discourse power" for the purpose of shaping decision-making in other countries and directing the course of world development. Unlike in the case of material (economic and military) competition, Chinese IR specialists are sharply divided on the likely outcome of the cultural competition. The result is that some Chinese specialists—including in the People's Liberation Army—present the West as a menacingly dangerous, subversive cultural threat to China that only massive investment in the culture and information industries could ever possibly counter. Throughout the world, almost everyone wants to resist American cultural hegemony, the thinking goes. China is the only country with the power, respect, and sincerely ethical values to help.

7 China: Unstoppably Rising, or Perched on the Edge of a Crisis?
chapter abstract

The most striking finding of this research is that there are "two Chinas" in the minds of Chinese elite analysts; that is, there are two dramatically different Chinese futures. The first future is the one generally expected in the outside world: that of China continuing inexorably to rise, albeit facing (but handling) occasional bumps in the road. In this view, China's rise is just as inevitable as was Japan's from the perspective of 1980. It is the view held by the majority of Chinese international relations analysts, including those in the PLA—and the more assertive or aggressive foreign policy since 2009 would seem to indicate the view is also shared by the CCP's top foreign policy strategists.