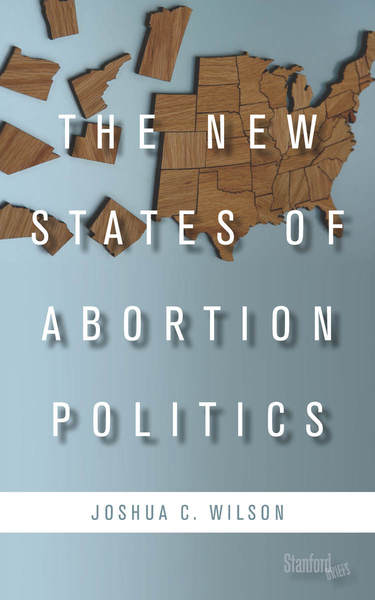 The Professionalization of Abortion Politics

After nearly two decades of being upstaged by other political and “Culture War” issues, abortion politics have clearly returned to national prominence. As Daniel Becker, a leader with the National Personhood Alliance, which is dedicated to fighting abortion and related “pro-life” issues, recently stated in an interview, “I don’t think we’ve seen a more critical election cycle [than 2016]. . . . Everything is coming to a head.”1 While various factors have contributed to the national resurgence of abortion and the current tension over it, two events in 2015 originating from the fringes of the conflict loom large in defining the popular understanding of contemporary abortion politics.

In July 2015 a group called the Center for Medical Progress (CMP) emerged on the national scene with the release of a series of edited amateur undercover videos claiming to show that Planned Parenthood engages in the callous and illegal sale of aborted fetal tissue. The videos, which include secretly recorded conversations and images of fetal tissue, came to dominate the discussion of abortion and led to federal congressional hearings on the matter, ongoing state and federal fights to defund Planned Parenthood, and a near government shutdown. Not surprisingly, the videos have also resulted in state and federal lawsuits regarding the legality of the undercover recordings and allegations that CMP engaged in racketeering, fraud, invasion of privacy, and trespassing.

In November 2015 a lone gunman killed three people and wounded nine others in an hours-long standoff with police at a Colorado Planned Parenthood clinic. The gunman, Robert Lewis Dear, is believed to have referenced the CMP videos by saying, “No more baby parts,” after being taken into police custody. Less than two months later, in response to the attack, there was talk in Colorado of introducing a state bill “to increase penalties for a person convicted of blocking access to health services that include abortions.”2

These events resonate with the contentious forms the abortion conflict took in the 1980s and 1990s. It was during this time that media coverage of abortion politics was filled with clinic bombings, the murder of abortion providers, sizeable coordinated acts of civil disobedience, and related physical and legal fights between activists. While the rates of large-scale protesting and clinic-related violence dropped off precipitously over the course of the 1990s and into the 2000s, the events of 2015 seem to suggest that they never waned. In fact the CMP videos and the Colorado Springs clinic shooting distort reality and distract from the more significant—in terms of broader policy—fight over abortion. They distort reality because of their inherent drama, and they distract because the most important disputes affecting present and future access to abortion have been principally taking place out of public view for years.

As the clinic-front activism that publicly defined abortion politics in the 1980s and early 1990s fell into decline, a well-organized and sophisticated set of “cause lawyers” and related political actors stepped into the vacuum. In doing so they redefined abortion politics. Both sides developed their legal and political resources over time, but earlier in this conflict abortion-rights activists, through standing national organizations like Planned Parenthood, had greater access to such resources. The same was not true for their opponents. While groups like Americans United for Life had been active in national politics for years, the greater antiabortion movement’s elite resources were thin and diffusely distributed across the country.3 Antiabortion advocates who faced legal problems stemming from their activism, for example, were represented in an ad hoc fashion. Simply put, the movement did not have ready and reliable access to significant numbers of well-organized, specifically dedicated, full-time lawyers.

Steps were taken during the 1990s and into the early 2000s to consolidate many of the leading Christian lawyers into a superbly organized and potent institutional structure. The effect was not only to provide activists with better legal resources but also to change the dominant form and personnel engaged in antiabortion activism. These new well-established and well-organized activist lawyers have been able to challenge abortion, not in front of clinics but in front of judges. The antiabortion movement correspondingly moved away from a seemingly doomed frontal assault on Roe v. Wade (1973) and the unpopular clinic-front activism of the 1980s and 1990s and adopted an incremental strategy of fighting abortion at lower jurisdictional and administrative levels. As such the politics of abortion have largely shifted to increasingly restricting abortion access as opposed to directly ending it all at once. With few exceptions this process starts in state legislatures situated in the more socially conservative regions of the country, and it continues in courtrooms as clinics and their supporting legal organizations immediately challenge the constitutionality of these laws. The process then starts anew as the actors on each side of the conflict work within the constraints established or reaffirmed by the court rulings.

The contemporary form of abortion politics now positions antiabortion activists on the offensive, where they get to experiment with the limits of abortion policy in friendly state forums and dictate the parameters of the conflict. This requires reproductive-rights advocates to respond and play defense in the courts. The former plays a long game, hoping that one day a case will reach and survive challenge in what has predominantly been an increasingly conservative US Supreme Court, potentially changing the abortion policy landscape for the entire country. The latter reacts, fighting a war of attrition, hoping to stave off another attack aimed at making the process of obtaining an abortion more costly and difficult, forcibly closing more clinics, requiring providers to present factually dubious or otherwise contested materials to patients, or stripping the ability to perform another form of abortion. This form of abortion politics, to invoke the activist quoted earlier, “is coming to a head” with the Supreme Court’s hearing of Whole Woman’s Health v. Hellerstedt (2016).

Whole Woman’s Health originated in the Texas legislature as the state moved to tighten regulations on abortion clinics and push previously established legal limits. The ultimate effect of these regulations was to force a number of the state’s clinics to close. While Texas was certainly not alone or even the first state legislature to attempt this, it was arguably the first state to garner national attention for its efforts—attention overwhelmingly due to Democratic state senator Wendy Davis’s 2013 filibuster of the state’s first attempt to pass the regulations. Since the case is reflective of a larger form of abortion politics that extends beyond Texas, it stands—however the Supreme Court decides—to significantly reform the future of the conflict.

This book tells the story of the transition to, and the current status of, the contemporary professional, institutional, and incremental politics of abortion that Whole Woman’s Health represents. The story is told largely through the lens of another recent and significant US Supreme Court case, McCullen v. Coakley (2014). McCullen addresses a state’s ability to regulate activism outside clinics by creating no-entry buffer zones around clinic entrances and exits. It is thus a story of the current standing of laws enacted during the street-politics phase of abortion when clinics were arguably on the offensive and their legal resources outmatched those of their opponents. The lawyers involved in McCullen debate the finer points of free speech and have little room or reason to debate abortion’s legality. While this seems far afield from the traditional center of the abortion debate, this substantive distance—coupled with other qualities supplied by the court case—provides a useful means for straddling multiple decades and surveying the various changes in abortion politics and the possible future these changes suggest.

What follows are three interrelated essays built around McCullen v. Coakley that provide simultaneously a broad and a detailed view of contemporary abortion politics. The first essay uses Massachusetts’s turbulent history of attempts to regulate antiabortion activism in front of clinics to introduce McCullen v. Coakley and to expose the reader to the more contentious and visible phase of abortion politics. It goes on to explore the ascent and effect of professional elites as well as the complexity of abortion politics that exists even within a state many simply assume to be liberal and in support of abortion rights.

The second essay focuses on the importance of professional legal resources for the contemporary politics of abortion. If a movement is going to be successful in court, it needs to develop or acquire and then support premier legal talent. The New Christian Right, inclusive of the antiabortion movement, has rapidly and effectively done so as evidenced by a close examination of the lawyers and legal organizations involved in McCullen.

The third and final essay places McCullen v. Coakley within the broader contexts of both the history and the contemporary state of abortion politics in order to discuss the future of the broader conflict. This essay takes a step back to better understand why abortion is a contentious issue in the United States and how the judiciary generally, and the US Supreme Court specifically, has been the formative engine of abortion politics. The essay’s discussion up through Texas House Bill 2 and the resulting case of Whole Woman’s Health v. Hellerstedt demonstrate that while the specifics change over time, the established fundamentals of the political process will likely continue to dictate the future forms of the conflict.

When, on June 26, 2014, the Supreme Court issued a mixed decision in McCullen to strike down the Massachusetts law regulating activism in front of clinics, it did not suddenly and fundamentally change the state and rules of abortion politics for the country. This, however, is far from evidence that the case does not matter. Rather McCullen stands as a potent symbol that reminds the public of the antiabortion movement’s violent past—raising the specter of its possible return in the future—while exemplifying the movement’s successful move toward robust institutional politics. As the case came just one year after the passage of Texas House Bill 2, its symbolic force was magnified. Together these events provided the means for the antiabortion movement to publicly announce, display, and exercise its political maturity and power while referencing a past the mainstream movement may want to avoid. As such, the case and context create an ambiguous victory and a new environment for the antiabortion movement.

McCullen is a product of developments long underway. It marks the reengagement of the Supreme Court in abortion politics; it is central to reinvigorating the public’s interest in the matter, and by extension it has helped reintroduce abortion as a leading issue in electoral politics. This momentum and the resulting political opportunities for the antiabortion movement are, however, accompanied by pronounced risks. The movement’s relative success has come through the combination of a viscerally invigorating issue, the development of a range of professional institutions that competently maneuver in various political forums, and over the last two decades the ability to operate largely out of the public eye. Now that abortion and other “women’s issues” are once again moving toward the center stage of national politics, the antiabortion movement’s success stands to reinvigorate its opponents’ efforts, potentially touching off a new wave of contentious politics.

3. I have chosen to refer to the opposing sides of this conflict as “antiabortion” and “abortion rights” as opposed to “Pro-Life” and “Pro-Choice.” While my labels are less common and not the chosen titles of the respective groups, they are more directly related to the subject of contention: the legality of abortion.