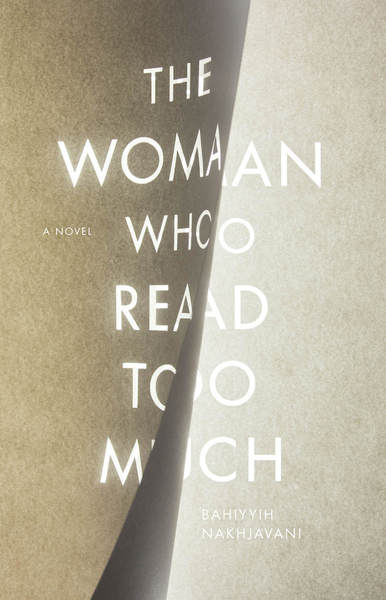 The Woman Who Read Too Much
A Novel
Bahiyyih Nakhjavani

The Book of the Mother

When the Shah was shot, he staggered several paces in the shrine and fell stone dead in the lap of an old beggar woman. He had been turning towards his wife’s tomb at that moment, and the beggar was sitting next to the alcove where the assassin had been hiding, near the door. Even if she were at fault for having strayed beyond her allotted corner in the cemetery outside the mosque, it would have been unwise to draw attention to the fact. The killer was arrested and identified, the occasion and location were carefully noted for posterity, but there was naturally no mention of a woman in the history books. A veil was drawn over the sordid details of his majesty’s death. It was more useful to evoke the failed attempt on the life of the king, half a century before, than to contemplate the actual circumstances of his assassination.

The old woman was a regular among the corpse washers and liked to claim that she had handled royalty in her time. None of the others believed her, of course; women are usually more inventive than exact and this one was notorious for her lies and her deformities. But perhaps there was some truth in it, for even the escort admitted, when questioned afterwards, that the king did stare at the beggar with something like recognition just before keeling over. Whether this was due to her words or her deeds was uncertain, however, for both were thoroughly banal. All she did was to stretch out her open palm and ask the king for alms. But since it was inconceivable that his majesty should have had traffic with such a creature and would have caused a scandal to arrest her, given the circumstances of his death, they simply kicked her in the ribs and let her go.

She had naturally protested innocence and swore on her scabs that she had no intention of importuning his majesty to death. She had only been begging for the love of God, she said.

The Mother of the Shah had never worried much about the love of God before the attempt on the life of her son. She had not considered it a threat until then and had simply exploited it, as she had the love of men. She had feared plots and conspiracies, naturally, and had dreaded regicide and revolution; she had been on her guard against pestilence, famine, drought, and indigestion. But while providential grace had rarely been a natural ally in her life, she could hardly have called it an enemy either, much less a rival. Before the young Shah came to the throne, the divinity had only intervened in her affairs by means of absences.

It was hardly surprising, therefore, that she should believe her son owed his titles to her efforts, rather than to accidental grace. She had taken every precaution, ever since his childhood, to protect the Crown Prince from his frailties. She had made the sickly boy consult cosmographers, submit his urine to the doctors, and tried by every means at her disposal to deflect his penchant for cats. She had planned his marriages, controlled his concubines, and governed his financial policies. In the course of his unhappy adolescence, she had even mastered the art of poisoning to confirm his political survival in the court. And by the time he succeeded his father to the throne, she assumed that the King of Kings and Pivot of the Universe had learned to distinguish between his Mother’s political acumen and the love of God.

But she underestimated the threat posed by divine compassion. Some years after his coronation, the Shah of Persia was reminded, rather abruptly, of the arbitrary mercies of providence. In the fifth summer of his reign, a group of youths approached his majesty on his way out hunting, early one morning. The court had removed from the capital several weeks before, as was customary during that season, and the royal tents had been pitched on the cool slopes, north of the city; a gratifying breeze was fluttering the pennants, as his majesty rode out in high spirits for the chase. The officers of the royal equerry had gone ahead of him, so as not to encumber the sovereign with the dust of their horses. The tribal archers were escorting him at a respectful distance behind, and no one was near when the would‑be assassins accosted the king, outside an abandoned orchard some farsangs north of the capital. The students were waving petitions in the air and crying for justice; they were calling out for his majesty to stop and hear their appeals, for the love of God. But instead of maintaining a respectful distance, as was to be expected when asking for a royal favour, they closed in and surrounded the young Shah with an air of desperation. They apprehended his rearing horse with dreadful imprecations, and began to shout absurd demands in his face. And then, to his utter surprise, they had the impertinence to empty buckshot into his royal person.

Since no one was near enough to see what happened, reports about the attempt on the life of the Shah were contradictory. Some said there had been at least six youths intent upon killing his majesty; others said there were four, and a few said that two were quite enough, given the paucity of damage inflicted. Some insisted that the young men were driven by political motives and others believed they were religious fanatics and misguided reformists. Some claimed it was a cold‑blooded attempt at murder; others said it was an act of folly, driven by despair. Some claimed the shot had entered the Shah’s neck; others said he had been touched in the leg; and certain swore that his cheek was hurt. Or was it his thigh? A few even murmured his majesty might have been shot in the loin. No one remembered what the petition was about.

Rumours were rife, however, by the time the sovereign was rushed back to the capital. The royal chamberlains who carried him, hollering, into his private apartments, swore that his majesty was in his death throes. Although his French physician noted, somewhat testily, that the wounds were grazes, merely, fit to fell a partridge and far too few to merit such blood‑curdling shrieks, the handful of lead pellets which the cold‑blooded man of science poked mercilessly out of his majesty’s flesh that morning, as he lay face down and twitching, on a satin couch, were sufficient to fill a royal mind with foreboding. They warned the king of the providential grace on which his powers depended. They confirmed his fear that autocracy might not extend beyond the grave. And they reminded him that he owed his bare existence to the love of God.

But they branded his Mother’s heart with hate forever. She stood barring the door to her son’s private apartments, seething with rage as the physician poked and prodded. Much to her indignation, the Frenchman had insisted on her leaving the room. The ministers were pressing round to protest their loyalty to his majesty, but if she had been refused entry she saw no reason why they should be allowed inside. Besides, it was bad enough that the howls of her son could be heard through closed doors; she certainly did not want him to be seen in such conditions.

The Shah had always had a tendency towards histrionics. In childhood, his wan air had attracted the attention of British diplomats with a bent towards pederasty, and in early youth, one glance of his lustrous eyes had been enough to raise him to imperial knees and win him the Tsar’s signet ring. Having transcended pimples to attain his father’s throne, his posturing had become positively theatrical, but with this attempt on his life, the melodrama was turning into a farce. The sheer pettiness of his position, quite apart from its insecurity, could not have been more painfully obvious to the queen. He was crowned the sovereign of hysteria at last, she thought, bitterly.

Her imperial highness knew there was no alternative but to take charge of the situation. Her son’s reputation had to be salvaged or he would lose all credibility in the eyes of the people. Although it was too soon to prove his political value, this botched attempt could be exploited to show his valour. And so she turned the Shah into a hero in order to seize the reins of power for herself. After shutting the doors firmly on the faces of his ministers, she sacked the royal chamberlains, beat the servants into silence, and gave strict instructions to the court chroniclers regarding the historical records. She informed the court that his majesty had fought the assassins single‑handedly. She claimed that he had defended himself against his assailants with solitary courage and had faced this dastardly act of betrayal against his person, nobly and alone. He had overcome, she said, as only a true king could, through divine intervention. He had been saved miraculously from assassination by the love of God.

It was the best use she had ever made of the deity. But even she could not control the ironies unleashed when providence is recruited for political ends. She did not live long enough to see her son sprawling in the lap of the corpse washer. Perhaps the love of God was more dangerous to the Shah of Persia than the love of any woman.