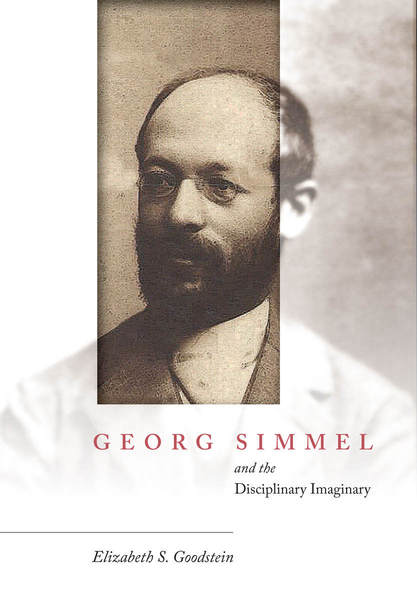 The Prologue sets out the challenge of understanding a thinker who does not fit comfortably into disciplinary categories, presenting Simmel, who was known as a sociologist, a neo-Kantian, and a philosopher of life, as a liminal thinker whose fame and subsequent marginalization index a theoretically significant illegibility. Embracing this marginality and foregrounding the complexity and multiplicity of his oeuvre, it argues, can render Simmel's historical and theoretical significance visible, helping establish critical perspective on contemporary modes of thought by exposing the intertwined genealogies of the academic disciplines of philosophy and sociology and of the metadisciplinary divisions between the humanities and natural and social sciences. Approaching Simmel as modernist philosopher suggests a strategy for rereading the intellectual history of the twentieth century that recognizes his inter- and trans-disciplinary theoretical contributions even as it identifies unrealized possibilities in the liminal space before the modern disciplinary ordering of inquiry was naturalized.

Drawing on primary sources that attest to Simmel's wide-ranging impact on modernist cultural and intellectual life, but also to his checkered academic career, Chapter 1 situates the world-famous philosopher, sociologist, and public intellectual in the historical and cultural milieu of fin-de-siècle Berlin. It introduces the problem of disciplinarity: Simmel's contributions to social science were initially regarded as philosophical innovations, and his self-understanding as a thinker changed over time. Thinking back beyond the naturalized bifurcation of reflection on social and cultural life into humanistic and social scientific disciplines by exploring the meaning of Simmel's shifting self-definition can disclose new resources for cultural theory. Although Simmel's conceptual and methodological role in helping reframe the philosophical inheritance goes largely unrecognized today, terms and concepts with important histories in twentieth-century theory—including constellation, condensation, configuration, form of life, and life-world—may be traced to his work.

2 Simmel as Classic: Representation and the Rhetoric of Disciplinarity
chapter abstract

Exploring the relations between Simmel's evolving self-understanding and the paradigm shift that brought the modern social sciences into being, this chapter focuses on the relativistic or perspectivist rethinking of concepts underpinning his mature, modernist approach to philosophizing. Presenting Simmel as a mostly forgotten founding father of modern cultural and critical theory whose work anticipated and influenced subsequent thinkers in many different fields, it begins a critical genealogy of his canonization that uncovers the distorting effects of Simmel's own self-representations. Arguing that he has been systematically misrepresented as an unsystematic thinker through his reception as a sociologist, it places him in the dialectical philosophical tradition, foregrounding Simmel's distinctive conception of form and underlining the importance of the focus on "super-individual" cultural and linguistic formations he inherited from Lazarus and Steinthal's Völkerpsychologie (cultural psychology).

This chapter considers how Simmel has been represented and read into the disciplinary canon and history of sociology. Centered on a close examination of the American reception that played a decisive role in establishing, but also marginalizing Simmel as a canonical sociologist, it foregrounds the repeated failures of efforts to overcome the clichés and misrepresentations that have shaped his reception. The hermeneutically questionable reading practices that have facilitated the entry of Simmel's ideas into social science have simultaneously rendered them fertile and obscured the larger philosophical horizons of his thinking. The combination of institutional and disciplinary liminality during his lifetime and a reception marked by ambivalence is historically and theoretically significant: Simmel's apparent illegibility, the chapter argues, can become a site for reflection on constitutive features of the modern disciplinary imaginary that do not form part of methodological self-consciousness and thereby disclose new theoretical resources for today.

This chapter begins (re)reading key Simmelian texts for still-urgent theoretical and methodological concerns, presenting a work considered the first sociology of modernity, his 1900 Philosophy of Money, as a masterpiece of modernist philosophy and the twentieth century's most significant mostly unread theoretical text. Arguing that its highly selective reception in sociology has obscured the philosophical import of Simmel's approach to everyday social and cultural phenomena, it foregrounds the philosophical and methodological ambition of the work to render visible the contours of an influential modernist style of thought that helped reorient philosophy toward historically and culturally situated, lived experience. The chapter concludes with an examination of Simmel's rethinking of the concepts of culture and spirit, underlining the philosophical significance of the famous discussion of "The Style of Life" that concludes a work that "aspires to be a philosophy of historical and social life as a whole."

Framed by a close reading of the Preface to the Philosophy of Money, this chapter interrogates the tensions between Simmel's methodological ambition and his avowed relativism. Tracing how the project initially conceived as a "psychology of money" took on philosophical contours, it examines how thinking money led Simmel to redefine his disciplinary identity. It then brings the Philosophy of Money's frequently misconstrued effort to create a "new story beneath historical materialism" into conversation with Simmel's conception of the value-, meaning-, and knowledge-generating "cultural process" in and through which, on his post-Nietzschean view, subjectivity and objectivity evolve. Finally, the chapter examines his phenomenological method for illuminating the contradictory multiplicity of (historical, spiritual, cultural) life through a systematic use of "phenomenal series" or "arrays of appearances" to perform a modernist affirmation of the complexity and contradiction of lived experience from the perspective of a cogent metaphysical relativism.

Understanding Simmel's relativism as modernist method, this chapter considers how the Philosophy of Money destabilizes what have since become very real boundaries between philosophy and social science. It begins by examining early responses to the work, foregrounding the differential reactions to a modernist mode of theorizing that intervenes in multiple discourses without becoming part of the disciplines that generate them, then considers how the disciplining of Simmel's work as a sociological classic legitimates the very practices of selective reading through which his methodological and theoretical contributions are obscured. Simmel's self-reflexive attempt to illuminate the phenomenon of signification as a dimension of human (collective and individual) life remains liminal for both sociology and philosophy today. Presenting that liminality as a symptom of lacunae constitutive for the modern disciplinary imaginary as a whole, this chapter sets the stage for a return to Simmel's mature Sociology in Part III.

This chapter returns to Simmel's disciplinary identity from the perspective of the history of philosophy, attempting to understand a mode of theorizing not just interdisciplinary but preceding, thematizing, and opposing the disciplining of thinking in the early twentieth century. Taking up "the problem of sociology," then returning once again to the Philosophy of Money to consider the account of sciences and disciplines, norms and laws developed there, it asks how the intellectual-cultural and institutional formation of inquiry shapes what can be thought. After foregrounding Simmel's insistence that the cultural-intellectual configurations that organize our modes of inquiry must be grasped in their contingency and specificity, that we need to rethink conceptual consistency by developing "a new concept of cohesion" that refigures thinking about foundations and values in a relativist (historicist, culturalist) key, it returns to Simmel's highly self-reflexive conception of disciplinarity as a historically and culturally contingent formation.

8 The Stranger and the Sociological Imagination
chapter abstract

This chapter returns to the problem of Simmel's disciplinarity to explore the theoretical potential of his marginality. Examining how his mature reformulation of the "problem of sociology" resituates the figure of the stranger in the dialectical philosophical tradition, it demonstrates that the pervasive troping of Simmel as the stranger he theorized has a symptomatic quality that casts light on the significance of history for theory. Only in light of the ambition and accomplishment of the Philosophy of Money, it argues, do the disciplinary and meta-disciplinary contributions of the Sociology become legible. Here, too, Simmel's modernist reimagining of conceptual consistency is conveyed performatively, via phenomenological series that refigure thinking in a relativist (historicist, culturalist) key. Disclosing new theoretical perspectives on difference and strangeness in (theorizing) culture and society, Simmel's modernist writing transgresses oppositions between humanistic and social scientific, metaphysical and empirical, that are constitutive for the contemporary disciplinary imaginary.

As a mature thinker and public intellectual, Simmel strove to foster "philosophical culture" in the face of increasing disciplinary specialization and the professionalization of thought itself in the emergent modern research university. His late work, though frequently misconstrued as turning from sociology to a metaphysical philosophy of life, is continuous with the effort to modernize philosophy in the Philosophy of Money. Considering Simmel's time in Strasbourg and the impact of World War I on his thought and life, the Epilogue briefly discusses his influential late essays on culture and his final masterwork, the View of Life, underlining the significance of his subsequent virtual erasure from intellectual history. Letters written in the weeks before his death attest to Simmel's own insight into the untimeliness of his thought and suggest that his modernist revisioning of the very oldest aims of philosophy and philosophizing may provide a model for theoretical innovation today.