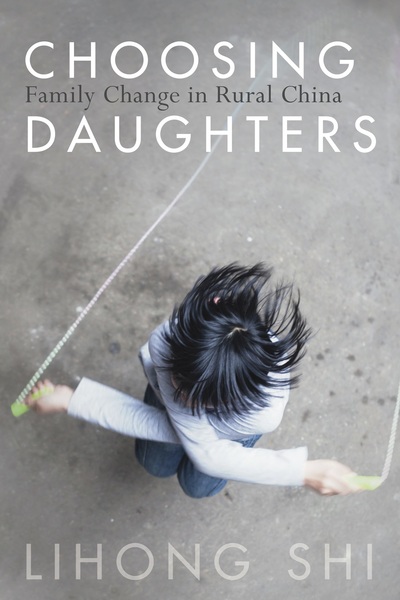 Chapter 1 delves into the formulation and implementation of and the reactions to the birth-planning policy in Lijia Village, focusing on the birth-planning campaign from the 1970s to 2010, to present a local account of the practice and the experience of China's population control campaign. While unfolding the ways in which such a pervasive birth-planning policy was implemented and received on the local level for more than three decades, this chapter reveals that as the policy was adjusted and relaxed and the implementation measures modified, the reactions of the villagers toward the policy were drastically transformed. More strikingly, with an increasing number of peasant couples accepting the policy since the 1990s, a new reproductive pattern of couples willingly embracing a singleton daughter rather than taking advantage of the relaxed policy that allowed them to have a second child emerged.

2 "Life Is to Enjoy": The Pursuit of the New Ideal of Happiness
chapter abstract

Chapter 2 explores the impact of the pursuit of a new ideal of happiness on the childbearing preference of young parents. China's burgeoning market economy and the retreat of the state in governing the social life of villagers has facilitated the formation of a new ideal of happiness, defined by material consumption and the enjoyment of leisure. Young villagers believed that childrearing jeopardized the pursuit of their new life ideal, which discouraged them from making the decision to have a second child. In particular, many young women desired to have only one child to relieve themselves from the burden of childrearing. They were able to exercise their agency to carry out their reproductive choice for only one child when their desire did not coincide with the desires of their husbands.

This chapter explores a new childrearing practice and its impact on childbearing preferences. Young couples had high expectations for their children's success in adult life and believed that raising one successful child was more rewarding than raising multiple unsuccessful children. The increasing cost of a child's daily consumption, driven by rising consumerism and children's agency in demanding consumption products, exacerbated the financial burden of childrearing. Moreover, raising a successful child also required parental support for a child's education, another major cost of childrearing. Consequently, an increasing number of young couples decided to concentrate limited family resources on only one child to secure the best possible upbringing for that child. This new childrearing belief and practice were not gender specific. Gender-neutral parental support and close parent-daughter ties further encouraged parents to stay with a singleton daughter and to support her in an unprecedented manner.

Chapter 4 examines the gendered transformation of filial piety and its impact on reproductive choice. It discusses the arrangements of elderly care and demonstrates that the practice of filial support provided by sons and daughters-in-law declined. Meanwhile, a married daughter started to maintain close ties with her parents and proved to be reliable for filial support. Such a transformation was the result of a reinterpreted intergenerational exchange, women's emerging practice to their parents, and the shift of postmarital residence patterns and women's socially constructed role as being more considerate than men. The decline of sons' filial support had weakened the desire for a son among young parents. They had started to make multiple preparations for their old age, including cultivating a close bond with a daughter.

Chapter 5 delves into the escalating burden of financing a son's wedding and its impact on reproductive choice. While marriage was significant for a man's having a lifelong companionship and establishing his status in his community, the patrilineal practice of a groom's family financing a wedding persisted. In the sex-ratio imbalanced marriage market, young women had gained leverage in negotiating marriage proposals, exacerbating the burden of wedding financing. Not only were parents expected to fulfill this critical parental obligation, they had to continue their support for their sons and daughters-in-law after their wedding to help maintain their sons' marriage. Consequently, a son had become a financial burden for his parents instead of a source of financial support in old age. This drastic shift of the role of sons further encouraged couples to willingly accept a singleton daughter.

Chapter 6 explores the eroding effect that the belief in family continuity has had on the preference for sons. Without the presence of a lineage culture, there is no institutional support for the belief and practice of having a son to pass on the family line. Furthermore, skepticism concerning the belief in an afterlife and a reciprocal relationship between the ancestors and the living descendants had shaken the religious and cultural significance of having a son to perform ancestral rituals. Finally, while families without a son used to be stigmatized by their communities, such stigma had been removed as financial capability had become the most significant marker for social status. In the process of emerging from ancestors' shadows, young couples who had a singleton daughter no longer considered family continuity a necessity for their nuclear family and had willingly embraced a singleton daughter.

The introduction first situates this research in the literature on state-society relations in reproductive choice and control in China, the reproductive preference for a son among Chinese families, and the media and scholarly attention on China's "missing girls." It then introduces the emergence of a new reproductive pattern of rural couples' embracing a singleton daughter in China's demographic landscape. It discusses the community (Lijia Village) in which the research was conducted, in particular, the location, history, demographic makeup, economic activities, and the practices of marriage and ancestral rituals of the residents. The chapter also discusses the development of the research project and the research methodology and concludes with an outline of the remaining chapters of this book.