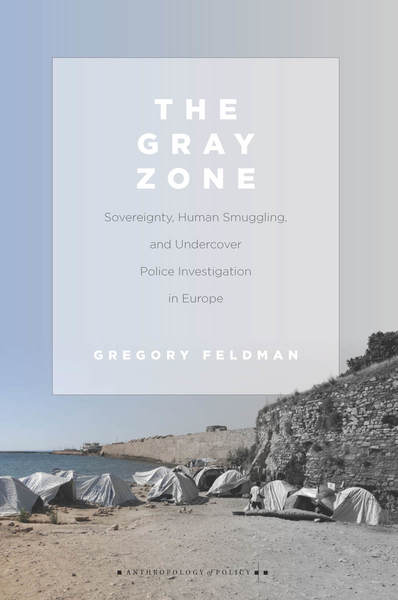 Sovereignties and Their Gray Zones

To be or not to be. That is the question. We will be.

Syrian refugee walking with thousands of other refugees from

Budapest to the Austrian border, autumn 20151

Have you seen what they do? Go to their offices and see their forms.

It changes you. It’s so boring. Legal shit and bureaucracy.

Two Forms of Sovereignty in Contrast

States don’t do things; people do. There are no such things as states, only actions conducted in their name by particular people. This book follows from that premise to better comprehend sovereign action and how it conditions our being in the world with others. The above two epigraphs showcase the very beginnings of two radically different sovereign forms that frame this book’s analysis of action and being human. For the refugee quoting Shakespeare, along with thousands more, the only way to be after Syria and the European Union marginalized them out of political space, for much different reasons, was to constitute a world for themselves through their own initiative. They acted in concert against the police authorities in Budapest’s Keleti train station by marching directly to the Austrian border. In so doing, they entered a gray zone when they stepped outside of Hungarian law to constitute their own sovereign space. The fleeting quality of their actions offers no counterpoint. True, they hardly destabilized the Hungarian state, and their joint action dissipated when they arrived in Austria, where they would be processed objectively through its asylum application system. Moreover, the Hungarian authorities ultimately provided buses to take them to Austria—it solved their problem and the refugees’ problem. Nevertheless, the point remains that politics and action came down to a single and highly personal question expressed through Shakespeare’s famous line: to be or not to be. That question can only be resolved in favor of the former option through joint action. The particular person can only be in a world that is constituted with other particular persons. Since their actions transpired outside the scope of law—in a “gray zone”—it signified a foundational sovereign act, the birth of a new polity, issuing from their own thinking, judging, and action, that is, from their own partial and worldly positions. It neither descended upon them from an ideology’s transcendent heights nor was imposed on them by revolutionary elites or state bureaucrats.

For Vincent, one of the seven investigative team members who operate on the street, the work of the office bureaucrat signifies a living death. He sees that figure personified in the desk investigators seated in the adjacent third floor office with whom his team must collaborate. The desk investigators’ job revolves around paperwork, process, and procedures all scripted in advance. While the state does not marginalize Vincent in nearly the same way as it does the Syrian refugees, his fear of the desk investigator’s life is that it will not allow him to be. The sovereign state reproduces itself, both through and despite the agents operating in its name. It carries on regardless of whether any given agent lives or dies. In contrast, the sovereign polity formed by the refugees lasted as long as they could act jointly to keep it alive. The result, however momentary, is the isomorphic appearance of sovereignty, personhood, and action. Vincent’s team contrasts their work against their counterparts in desk investigation because they seek the same experience of being as the Syrian refugees.

Sovereign action is not abstract, though it is difficult to imagine a sovereign acting. At best, we can picture an agent of the sovereign, such as a police officer, tax collector, or passport control officer. Yet, if we can pinpoint only the sovereign’s agents, but not the sovereign itself, then we can ask—just as the team ask themselves—if those agents exist in the world as their own particular persons or as empty conduits for the implementation of sovereign authority. If the former, then the agents conscientiously agree with the sovereign; if the latter, then they lack a conscience insofar as they cannot distinguish their own viewpoint from the policy measures they must implement. If the agents disagree with the sovereign and still carry out the action, then they suffer from a crisis of conscience. In any case, the agents can only appear as themselves when in agreement with the sovereign; such agreement cannot happen in every instance if we acknowledge that each person occupies a subjective standpoint. Yet the sovereign itself cannot be identified, much like the shadowy court that employed two nondescript agents to summon Josef K. in Kafka’s The Trial. As in real life, the sovereign seems to be an intangible prime mover operating behind agents’ backs. However, reality is far more superficial or, at least, surficial. Rather than steering those agents from behind, the sovereign only emerges as the effect, not the cause, of what they do in its name. Overall, then, state sovereignty makes a strange demand on its agents: it asks them to deny themselves as a plurality of speaking subjects in order to create the illusion of its existence as a transcendent authority.

This book asks if we—people as a plurality of beings—are limited to living together in this singular form of sovereignty, which apparently cannot survive without the subordination of the particular person. This requirement seems inhuman, literally, because at the end of the day each of us is nothing other than a particular person. This fact raises the question of whether another form of sovereignty exists, one that is premised upon, not against, plurality, which Hannah Arendt (1998: 7) identified as a basic human condition. To address this question, the book draws out two opposing forms of sovereignty to convey the radically different possibilities they offer for action, ethics, and being in a world of either Others (per the first sovereign form) or others (per the second sovereign form). I refer simply to these two sovereign modes throughout the book as, respectively, the first and the second sovereign forms. It should go without saying that the first and the second sovereign forms are not mutually exclusive, even though the first pushes the second into marginal spaces. To draw this analytical distinction is not to superimpose categories onto the ambiguities of daily life. Rather, these distinctions allow us to identify significant differences in human experience, differences that remain otherwise obscured and entangled in a complicated and messy empirical world. The investigative team’s research significance lies in the fact that while their work is highly conditioned by the usual demands of the traditional sovereign nation-state (the first sovereign form), they often conduct themselves on the street in a much different sovereign mode (the second sovereign form). The way they shift between, and act in, the two sovereign forms highlights how each so differently conditions the experience of being human.

The first form, the modern state, dates back roughly to the seventeenth-century rise of the monarchical states of Europe. Short of warfare, it now flexes its muscle most mightily on the intertwined issues of migration and security. It is familiarly expressed at the controlled border crossing point, where travellers appeal to passport control officers for entry onto the state’s sovereign territory. The officer swipes the passport through a reader to see if any red flags are attached to the identity indicated in the name page. A few basic questions might be asked to determine if the traveller’s story matches the legal criteria for entry. If not, then the officer sends the individual to a separate room for a second line of questioning. Strikingly, the whole process requires precious little from the officers despite their making a decision that can profoundly affect the traveller’s journey, if not life. The officers themselves are replaceable, because of the generic, abstract quality of the task before them. They assess objects—or persons objectified—not living subjects. The border-control system that they are paid to operate minimizes as much of their own thinking assessment as possible (Murphy and Maguire 2015: 172). The decisions they make about who crosses and under what conditions are based on a flowchart of “if-then” steps tantamount to high-school geometric proof. For better or for worse, the officer’s ethical judgment is demoted to the least influential variable in the process. The officer’s task is simply to track a series of logical steps based on the traveller’s responses. Those steps will determine whether the traveller can enter and on what terms, or how that traveller is to be detained and returned to their home country. In turn, sovereign agents themselves are increasingly surveilled through similarly mathematical procedures now aptly termed “audit culture” (Shore and Wright 2015; Strathern 2000).