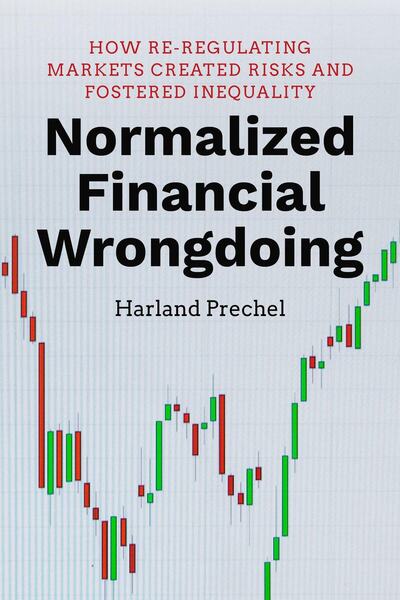 This book emerged from my concerns with the political and managerial behavior of the largest US corporations. Like many other people, I am troubled by the detachment of corporate and political leaders from the realities of most people. The political and economic conditions of our time give greater meaning to Max Weber’s response to the events and trends of his era that he described as riding on “an express train moving toward an abyss and not feeling certain whether the next switch has been set right.” The more I have examined the decisions made by corporate and political leaders, the more convinced I have become that the switches are not set right and must be reset to avoid an abyss. This concern over corporate-state relations motivated me to write this book because the American public deserves to understand the mechanisms that created the current state of affairs so they can mobilize politically, strengthen civic organizations to advance their interests, and elect political leaders willing to and capable of implementing policies that reduce class inequality and create a fair and just society.

Chapter 1 provides a general overview of the book and the conceptual framework. Chapter 2 examines the transition from liberalism to neoliberalism and their effects on corporate property rights and corporate behavior. I examine the policy formation process that contributed to the current corporate-state relation in chapters 3 and 4, where I focus on how corporate actors exercised power to restructure the US political economy to their benefit. Chapter 5 examines how the emerging organizational and political-legal arrangements created opportunities for the energy and FIRE (financial, insurance, and real estate) sectors to engage in high-risk behavior and shift costs and risks from corporations to the American people. Chapter 6 focuses on the 2008 financial crisis and the response by political leaders, who shifted much of the cost of the crisis to American taxpayers. Chapter 7 moves from a historical analysis to a quantitative analysis of financial malfeasance by the largest US corporations and the largest FIRE-sector corporations. Chapter 8 examines how the transition to financialization created organizational and political structures that contribute to high income and wealth inequality in America. In conclusion, chapter 9 begins with an examination of the current high levels of political polarization and the segmentation of the working and middle classes. I then shift to the potential reemergence of civil society and how to take back the political arena to make society work for all Americans.

I thank the National Science Foundation for support through SES-0351496 and SES-0351496-001, which funded data collection on financial malfeasance. Texas A&M University provided the institutional support, facilities, and other resources necessary to carry out this project. Members of the research team that collected most of the data include several highly dedicated undergraduate research assistants, including Jennifer Jameson (formerly Harvey), Hannah Harper, Leslie Herbst, Caroline Seegmiller, and Jessica Spitzer. I owe special thanks to two valued and highly capable colleagues who coauthored articles on the quantitative aspects of the analysis. Theresa Morris (previously at Trinity College) contributed to collecting and compiling data and conducting the analysis of financial malfeasance among the five hundred largest US corporations. Lu Zheng (now at Tsinghua University, Beijing) conducted the analysis of financial malfeasance in the largest FIRE-sector firms.

I am indebted to many other colleagues and friends who contributed to this project in various ways, including forcing me to clarify my ideas, encouraging me to get on with writing the manuscript, and providing social and moral support. I am grateful to the Melbern G. Glasscock Center for the Humanities Research at Texas A&M University for the Internal Faculty Residential Fellowship that was crucial to getting the project started. I thank my department head, Jane Sell, for providing partial financial support during the time that I was at the Glasscock Center. I also thank Jane for her supportive routine question, “How is the book coming along?”

My interactions with the many students who took my undergraduate course on class in contemporary society and graduate seminars in political sociology were valuable in developing and clarifying my ideas. I had the good fortune to work with several highly skilled and motivated research assistants. Stephanie Kotick, an extremely proficient and diligent undergraduate research assistant, did much of the meticulous historical research locating historical documents on the policy formation process. Dadao Hou, my graduate research assistant, did an excellent job of finalizing the collection of the historical documents for a component of the research on the policy formation process. I received valuable help from other graduate students at various stages of the project, including Alesha Ignatius Bereton (formerly Istvan), Linzi Berkowitz, and Amber Blazek. Linzi read the entire manuscript and did an outstanding job of editing it.

Colleagues from other universities who provided valuable support and feedback at conferences, colloquiums, and informal conversations include Fred Block, Royston Greenwood, John Harms (who read and provided feedback on chapter 8), Mark Mizruchi, Terrence McDonough, Don Palmer, Charles (Chick) Perrow, Robert Putnam, Peter Yeager, and Wayne White. I am sure that I inadvertently omitted some colleagues and offer my apologies to them.

I am especially appreciative to two people. David Willer provided enthusiastic support throughout the project. Dave, who has an uncanny ability to identify central ideas that make a project cohere, identified an organizing idea during the early stages of the project that became a central theme in the book. Bob Antonio provided valuable feedback on the manuscript proposal, raised many important questions as the project unfolded, and was an invaluable bibliographic resource. Although he did not read the manuscript, he was an outstanding sounding board during our discussions, especially during our annual birding trips to the Rio Grande Valley when we had time to discuss the project in detail.

Stanford University Press representatives were supportive from the inception of the project. I owe special thanks to Stanford University Press acquisitions editor Marcela Cristina Maxfield, who provided detailed comments on each chapter and raised important questions and provided direction throughout the process. I also thank Sunna Juhn, Tim Roberts, and Bev Miller, who provided valuable feedback preparing the manuscript for production. I am indebted to the anonymous reviewers of the manuscript whose detailed comments provided crucial insights into how to revise and clarify my ideas.

I appreciate the policies of the publishers that permitted republishing parts of previously published material. The quantitative analysis in this book was previously published in the American Sociological Review and the British Journal of Sociology. Part of the historical analysis previously appeared in Organizational Wrongdoing, edited by Donald Palmer, Royston Greenwood, and Kristin Smith-Crowe and published by Cambridge University Press, and in The Oxford Handbook of White-Collar Crime, edited by Shanna R. Van Slyke, Michael L. Benson, and Francis Cullen, published by Oxford University Press.

I am most indebted to my family and friends, who were supportive and encouraging through the project. My sisters, Karen Jensen and Diane Daines, have provided moral support throughout the process. Our annual family get-togethers were always reinvigorating and left me recharged when I returned to the manuscript. I have the good fortune of support from Dilma Da Silva, whose infectious smile and optimism were invigorating throughout the writing process. I am also indebted to my former spouse and good friend, Ruth Larson, for being a caring partner in raising our daughter, Helen Larson Prechel, who gives me more happiness than I thought possible to experience and continues to teach me to appreciate what is good in the world.