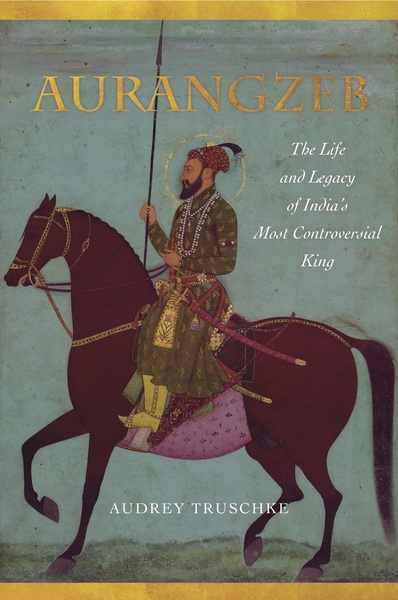 This chapter introduces Aurangzeb Alamgir (r. 1658-1707), the sixth ruler of the Mughal Empire, arguably the most powerful and wealthiest man of his day, and an explosive figure in modern India and Pakistan. Politicians and others regularly invoke Aurangzeb in current debates, especially under the Hindu nationalist BJP party that is currently heading India. But modern visions of Aurangzeb are more myth than reality. This chapter argues that we ought to put aside modern imaginations of Aurangzeb and instead recover the historical Aurangzeb, a pivotal figure in South Asian history.

This chapter details the first four decades of Aurangzeb's life, including his princely education and far-flung imperial postings under his father, Shah Jahan. Shah Jahan fell ill in 1657, when Aurangzeb was in his late 30s, and a war of succession ensued among the four adult princes. The Mughal royal family did not practice primogeniture but rather considered all brothers equal contenders for the throne. Aurangzeb's main competition was Dara Shukoh, the eldest brother and Shah Jahan's favorite to succeed as king. Whereas Dara had spent the bulk of his young adult life leisuring at court in Delhi, Aurangzeb had been hardened by decades of battle and administrative duties across the vast Mughal Empire. After a bloody two-year struggle, Aurangzeb emerged the undisputed victor and executed two of his brothers, drove the third out of India, and imprisoned the recovered Shah Jahan.

Aurangzeb inherited a vast empire and a rich ruling culture from his Mughal predecessors. This chapter provides a chronological overview of Aurangzeb's efforts to expand the Mughal kingdom, rule with justice, and adjust his inherited royal traditions to suit his own needs, a project that unfolded across his nearly fifty-year rule.

This chapter explores Aurangzeb's efforts to oversee a vast and, at times, unwieldy kingdom. Aurangzeb fretted about the safety of the roads, corrupt administrators, and armed uprisings. He came down hard on those he perceived as threats to the state security, such as Tegh Bahadur, the ninth Sikh Guru who was executed by Aurangzeb in 1675. Many Hindus fared in Aurangzeb's massive bureaucracy, and this chapters uses both numbers and the case study of Raja Raghunatha to explore the roles of Hindus in the Mughal administration. The chapter closes by considering those Hindus who bucked under the Mughal yoke, especially the Rathor and Sisodia Rajputs and the Maratha warrior Shivaji. Shivaji mounted the most famous and arguably the most successful opposition to Aurangzeb's expansionist agenda, and the rivalry between Shivaji and Aurangzeb was a critical component of Aurangzeb's reign.

This chapter outlines Aurangzeb's vision of himself as a pious Muslim ruler. Whereas most scholars have emphasized Aurangzeb's inner piety, this chapter focuses on his outward actions as emperor and tensions between his religious ideals and political ambitions. Like prior Mughal rulers, Aurangzeb ran into problems with the ulama, the learned men of Islam and a powerful constituency in the Mughal kingdom. Aurangzeb tried to placate the ulama by providing them with employment as judges (qazis) and censors and by instituting hardline measures such as the jizya, a poll tax on non-Muslims. But tension with the ulama nonetheless surfaced. The second half of the chapter delineates Aurangzeb's view of himself as a moral leader of his subjects, Muslim and non-Muslim alike. Aurangzeb curbed social and religious practices that he found immoral in an attempt to mold the theological and ethical leanings of Mughal subjects.

Aurangzeb's treatment of Hindu temples and Hindu religious communities is one of the most controversial aspects of his reign. Aurangzeb destroyed numerous temples throughout his nearly fifty-year rule, and, as a result, many Hindus today condemn the king as a hateful bigot. This chapter delves into Aurangzeb's actions regarding temples and their leaders, including his default policy of protecting Hindu and Jain temples and his periodic decisions to demolish or desecrate such institutions. The chapter argues that Aurangzeb's vision of himself as a moral leader required him to extend state protection to Hindu and Jain temples. However, from Aurangzeb's perspective, that protection could be revoked when specific temples or their associates acted against imperial political and moral interests. Accordingly, Emperor Aurangzeb authorized targeted temple destructions and desecrations throughout his rule.

This chapter narrates the final decades of Aurangzeb's life and his death at the age of eighty-eight. Aurangzeb spent his later years warring in the Deccan in central India. He won much land for the Mughal kingdom, including the sultanates of Bijapur and Golconda and many forts previously held by the Marathas. But the endless sieges and battles created hardships for both imperial officers and ordinary subjects. Aurangzeb's land acquisitions also proved short-lived and were lost within a few decades of his death. As he lay on his deathbed, Aurangzeb looked ahead to the future of the Mughal kingdom and he did not like what he saw. His late-life letters showcase a man distressed by his potential legacy and with little faith in the next generation's ability to rule the Mughal kingdom.

This chapter provides a short overview of events after the death of Aurangzeb in 1707. The emperor's sons fought a war of succession, but the victor, Bahadur Shah, lacked the ability and resources of his forefathers to solidify his grip over the Mughal kingdom. Bahadur Shah died after a mere five years on the throne, and a series of kings ruled in quick succession. The Mughal Empire hemorrhaged land, and within a few decades Nadir Shah, a Persian warlord, sacked Delhi and carried away the Mughal's famed Peacock Throne and much treasury wealth. The chapter closes by assessing Aurangzeb's reign in comparison to prior Mughal kings and suggests that he broke with Mughal precedents far less than most people have suggested.

The postscript provides a basic overview of how historians approach premodern Indo-Persian texts and the difficulties therein. Premodern Persian chronicles are not straightforward accounts of the facts, and modern readers must acknowledge their literary facets in order to responsibly use such works. In addition to interpretive issues, scholars face practical obstacles in accessing premodern sources, such as a lack of printed editions and language training. Personal letters, imperial orders, and European travelogues provide additional resources on Indo-Muslim history, but these too must be read rigorously.

The Bibliographical Essay offers an overview of some of the major primary and secondary sources for studying Aurangzeb. The Essay simultaneously provides a record of the major works that the author consulted in writing this book. Readers interested in sources for quotes and other specific information should look at the Chapter Notes.