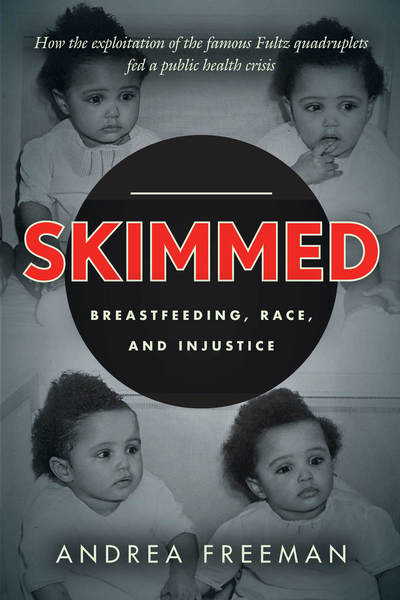 This chapter introduces the reader to the famous Fultz Quads, the first recorded identical quadruplets, and to Tabitha Walrond, a young single mother from the Bronx who lost her seven-week-old baby fifty years after the Fultz sisters were born. It ties these stories to the "first food" oppression that causes Black mothers and infants to experience the highest rates of formula feeding–related health problems, including infant mortality. It explains how government investment in the formula industry's success leads to a partnership that exploits social inequalities for profit.

The chapter begins in 1946 with Annie Mae Fultz's decision to move from her isolated North Carolina tenant farm into Annie Penn Memorial Hospital's basement, reserved for African American patients, to wait for the arrival of what her doctor, Fred Klenner, said would be triplets. Annie Mae and Dr. Klenner received a shock when a fourth baby suddenly appeared, making her girls the first recorded surviving identical quadruplets. While Annie Mae, who was Black and Cherokee and had lost the ability to hear and speak as a child, happily contemplated baby names, her White doctor decided to name the girls after his own family members. Next, he arranged a corporate adoption with Pet Milk, giving the company the right to use the girls to promote their product. Pet Milk's campaign targeting Black women, the first of its kind, made millions. Annie Mae and her famous daughters were far less fortunate.

This chapter looks at the history of race-targeted marketing in the United States. Until after World War II, manufacturers were reluctant to market anything to Black consumers except alcohol, cigarettes, and beauty products. Pet Milk's Fultz Quads campaign marked a turning point in race-based advertising. The campaign opened up the market to Black women and ushered in a new era of race-targeted marketing. Formula ads featured positive images of breastfeeding Black mothers, while popular culture lagged behind. Formula companies continue to target Black families, using innovative platforms such as Facebook, Twitter, and mom blogs. The chapter also uncovers the lost story of Portland's celebrated but troubled Tigner Quads. Carnation Milk adopted them but only ever ran one ad featuring them. It describes the success of Pet Milk's Fultz Quads campaign and the problems that it caused for the sisters in their childhood and adolescence.

This chapter begins by describing three stereotypes that originated in slavery to justify abuse, assault, and derision of Black women: Mammy, Jezebel, and Sapphire. It traces the evolution of these stereotypes into the Welfare Queen. It explains how this mythical figure transformed the perception of welfare benefits from a popular social program to a windfall for freeloaders. It describes how the trope of the Bad Black Mother permeates politics, popular culture, and news media. From Oscar-winning films to sensationalist homicide trials, the Bad Black Mother justifies a lack of support for breastfeeding Black mothers. The chapter also tells the story of Tabitha Walrond. After Tabitha lost her baby due to medical bureaucracy and negligence, she faced homicide charges and demonization in the New York press. The formula companies turned her tale into an episode of Chicago Hope warning parents away from breastfeeding and baby-friendly hospitals.

This chapter analyzes the structural barriers to breastfeeding that confront Black mothers. It begins with the controversial distribution of free formula through the WIC program. It chronicles the impact of welfare to work, which imposes work requirements and sanctions on new mothers, forcing them to leave their infants at home. It details the consequences of the United States's failure to sign on to the World Health Organization's International Code of Marketing of Breast-Milk Substitutes. It demonstrates how baby-friendly practices in hospitals would increase breastfeeding rates. It discusses workplace conditions for nursing parents, universal daycare, parental leave, and laws that protect breastfeeding in public. It questions the Food and Drug Administration's decision not to require warning labels on formula. It explains how all these factors disproportionately prevent Black women from breastfeeding.

This chapter explores solutions to the problem of low breastfeeding rates in the Black community. It argues that the Constitution provides grounding principles for eliminating barriers to Black breastfeeding rooted in due process, equal protection, and the Thirteenth Amendment. Focusing on welfare to work, it proposes eliminating work requirements and sanctions that represent slavery in the form of dietary control. It contends that these conditions to receiving welfare impose forced labor on new mothers through legal coercion. It looks to laws in other countries for models and at cautionary examples of how governments can increase breastfeeding without restricting mothers' freedom. It describes the evolution of milk sharing and milk banking. For-profit milk banks raises issues of exploitation and unequal access. It outlines a blueprint for social and legal reforms that would close the current racial gap in breastfeeding rates.

This chapter follows the Fultz sisters from high school graduation to Florida's Bethune-Cookman College. The girls did not take higher education seriously, and the college asked them to withdraw after two years. Pursuing a musical career, they moved to an integrated housing project in Peekskill, New York, where they fine-tuned their nightclub act. During the day, they worked in a factory making raincoats. Three sisters married but soon divorced. They moved apart but came together for their mother's funeral. All four sisters received breast cancer diagnoses by age forty-five. By fifty-five, only Catherine was left. She lived in poverty until her death at seventy-two.

The conclusion confronts feminist critiques of breastfeeding promotion. It acknowledges that under current social structures, nursing and working are fundamentally incompatible. It argues that the goal of increasing choices for Black mothers is an act of racial justice. It is a necessary response to a public health crisis. The conclusion calls for a radical restructuring of society to support mothers' choices. It recognizes a shift in popular culture in the representation of Black mothers and celebrates the scholarship and advocacy of Black women seeking to increase infant feeding choices for women.