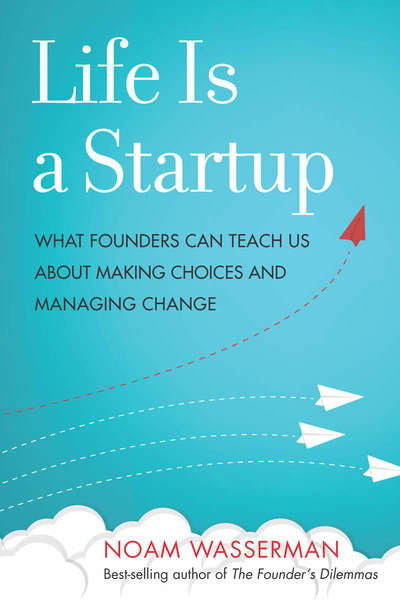 VISIONS OF WHAT WE MIGHT someday achieve, or who we might someday become, often serve as sources of inspiration. However, when it comes to taking action, we divide into distinct groups.

Most of us, convinced of the impracticality of making a leap into the unknown, eventually give up any hope that we’ll pursue our cherished ideas. Those ideas become fantasies of the past, reflected on and maybe even pined over as we go about our “real” lives. At the other end of the spectrum, others remain so enraptured by a goal that—at some point—they act on impulse, tear themselves from the mundane, and go for it, come what may.

We all need to nourish our dreams. Giving up on them is a recipe for emptiness and a lot of regret. But plunging headlong can result in a concussion. Over the next four chapters, I consider both of these problematic extremes and the gray area between them. Even though they are in some ways opposite and tend to be faced by very different kinds of people, they arise from a common root: Sometimes, we unthinkingly follow injurious, though natural, inclinations instead of seeking to understand and counteract them.

Those who start companies—founders—are sometimes good role models for overcoming these particular problems: they’re practiced at seeing all the dimensions of the opportunity landscape, including, most significantly, the dimension of time. In anticipation of becoming entrepreneurs, the best of them prepare themselves for the ultimate leap–no leap decision. They scan the foreseeable future for obstacles. They keep their eyes on the potential future rewards. Many of these adept individuals have shuffled through my office over the years. But so too have young people and executives who struggle with life changes. Consider Caroline and Akhil, whose characteristics embody those who struggle with changes. Caroline is a person who can’t leap into a new life situation, and Akhil is too quick to rush in. Their stories help us examine the two biggest problems we face in terms of taking risks well: succumbing to the incremental tightening of handcuffs, both financial and psychic, and blindly following our passions.

Caroline, now nearing thirty, carefully planned her career so that she could have it all: a compelling résumé, a reasonable lifestyle, and, eventually, real fulfillment in her job—just like we all hope to have.

In the final months of business school, she debated with herself about what kind of job to take. She had always wanted to do something in social enterprise, preferably involving special needs because of the challenges faced by her sister who has autism. But, as she put out feelers, she realized that it would be many years before she’d be able to pay off her MBA debt and buy a house if she simply followed her dream. Instead, she opted to return to a job in finance, which offered intellectual challenge, a clear career trajectory, and financial security. It justified the tuition and the two years of income she had invested to achieve her degree.

As several of her friends had pointed out, it wasn’t an either-or decision: She could gain more work experience, build up a cash cushion, and then venture into something in social enterprise. She really could have everything she wanted—someday.

Tapping her signing bonus, Caroline and her husband bought a Victorian-style home in a Boston suburb with a strong school district. It came with a hefty mortgage that put Caroline on edge. However, her parents told her that you should always buy as much house as you can afford, and she felt more comfortable after several housewarming parties showed that friends had made the same choice. Right on schedule, she and her husband had their first child, Eva, and hired a full-time nanny so that Caroline could return to work. Childcare was surprisingly expensive, but as friends said, once you found a system that worked, you would pay almost anything to maintain it.

A good part of Caroline’s pay consists of deferred compensation that she gets over time as she stays longer and longer. After all, as she becomes more valuable to her firm, they want to provide incentive for her to stay, or at least for her to think twice about what she’s giving up if she ever thinks about leaving.1 As her career progresses, her paychecks get bigger, although her disposable income has actually shrunk, thanks to her high-cost lifestyle.

Now, after a few years, she has become disillusioned with her job, which requires long hours and is dominated by the firm’s strict hierarchy. She realizes it will be a long time before she gets significant responsibility. She sees Eva very little. Even though she is financially at ease, she doesn’t feel the peace of mind or sense of accomplishment that she thought stability would bring.

She is tempted to change jobs but fears that her deep focus on a single industry has begun limiting her ability to shift to another, more dynamic industry or to one in which she can take on a larger role. Caroline is realizing that, as she tells me, “my focus has become a ball and chain, preventing a move into a new realm.” An article she read in her alumni magazine has increased her anxiety. The article described research into MBA students who develop a tight, consistent focus on a specific career yet receive fewer job offers and significantly lower compensation offers than students whose backgrounds are less focused.2 (The same effect is also found in a very different industry, professional sports. Even after accounting for their other contributions to the team, specialist basketball players, such as those who focus on three-point shooting, have historically tended to have lower compensation and fan appeal than generalist players.3)

One afternoon Caroline runs into a former classmate who went straight from business school into a nonprofit that runs ski schools for disabled children at New England winter resorts. She hears her classmate’s enthusiasm about the nonprofit and feels a pang of regret. But she also experiences a jolt of inspiration. The adaptive-skiing concept reminds her that she and her sister were avid horseback riders and that her sister seemed to light up whenever she was around horses. Could she work instead for an organization that teaches horseback riding to children with autism or something similar?

The more the idea takes shape in her mind, the more daunting the details seem. She’d probably have to learn a lot about the field. Her only experiences with autism are personal. She’d undoubtedly have to take a pay cut and might have to move. There would be risk and sacrifice. Caroline knows that, at this point in their lives, neither she nor her husband wants to forfeit their nice house and neighborhood. Nor could they do without her sizable income supporting their equally sizable outflow to keep the gears of their current setup turning. The spending rate—her personal “burn rate,” to adapt a term for the amount startups spend—seems like an inextricable barrier to her personal freedom.

Caroline has suddenly discovered that she’s wearing handcuffs: inducements or penalties that increase the cost of change and thus dissuade us from shifting gears in ways we would otherwise find attractive. As we see in this chapter and the next one, they come in many forms and are often of our own making. Long ago, Caroline made decisions that seemed right at the time; she even seemed to be achieving important aspirations, such as owning a home. But these choices later constrained her decision making, thanks, for instance, to the high-cost mortgage and the nanny she had taken on. She has found that the incremental decisions she thought were merely fulfilling her immediate needs have put her dream career in jeopardy.

Put another way, the same thing that happens to all of us has happened to Caroline: We make decisions that make sense each step of the way, but, as a result, change becomes increasingly costly over time, challenging any major break from the status quo.

1. There is an interesting parallel here to founder compensation. Having experienced the power of handcuffs to deter them from leaving their employers, entrepreneurs themselves become prominent users of golden handcuffs for their own employees. They try to prevent their hires from leaving to pursue a shinier gem by forcing their employees to vest their equity by earning it over time as long as they remain at the company. In my data set of more than twenty thousand nonfounding startup executives, 99 percent of those hires had some form of vesting, with a full 82 percent having four or more years’ worth of golden handcuffs. The startups’ goal in using them: “You can check out any time, but you can never leave,” at least for nearly half a decade.

2. Researchers Jennifer Merluzzi and Damon Phillips focused on MBA students pursuing an investment-banking career by working in the industry before coming back to school, joining the investment banking club and taking courses to reinforce that career, and doing a summer internship in that industry. They found that such “focused” students received fewer job offers and significantly lower compensation offers than students whose backgrounds were less focused on investment banking. See Merluzzi and Phillips 2015.