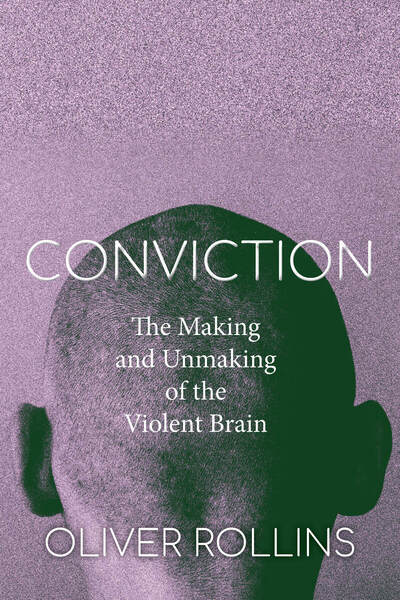 Conviction
The Making and Unmaking of the Violent Brain
Oliver Rollins

Research concerning the biological roots of violent behavior has a long and controversial history. However, there seems to be an authentic shift in the research program today—away from deterministic and racist explanations of violent behaviors and toward an ostensibly integrated (biosocial) account of biomedical risk for antisocial behaviors. Conviction seeks to push us beyond traditional critiques of biological determinism or scientific racism, which cannot fully account for the reemergence, complex arrangement, or varied production of today's program. Chapter 1 provides a brief overview of the social and ethical debates that continue to affect the neuroscience of violence, a preview of the book's larger arguments and concerns about the program's neuroscientific rebirth, and an outline of the remaining chapters.

The neuroscientific image of violence represents a revised medical model. Violence, in this sense, is chiefly described as a by-product of mental illness, and this ontological principle guides the way in which neuroscientists identify and classify salient behavioral traits as clinically useful or not. The application of this medical model requires neuroscientists to simultaneously, and continually, reshape the boundaries of mental illness and negotiate the meanings of violence through a practice I call fitting. Chapter 2 highlights the key aspects of fitting. It demonstrates how scientific credence is achieved through the fusion of old classificatory systems with technical scales, charts, and observations of contemporary mental health disorders. Beyond a biomedicalized reading of violence, however, fitting guides the aggregation and sorting of at-risk populations into desirable research groups.

The power to visualize has always played a vital role in the making of and justification for biological research on violence. Exploring the scientific technologies that help neuroscientists "see" the brains of criminals, Chapter 3 focuses on the sociocultural practices that inform the neuroimaging of violence. The results of brain imaging are not simple "pictures" of brains, but a new kind of brain type, the violent brain. Neuroscientific expectations of what a "violent" person's brain is or should be are developed through the formation of this ideal, such that "facts" about violence, the brain, and risk are accepted a priori of the experimental procedures, then recurrently enacted and realized through the research process, presentation, and dissemination.

A close inspection of genetic research on violence reveals an inseparable link to the brain sciences. Genes associated with violent behaviors are said to moderate the brain's ability to regulate conduct. Specifically, these biomarkers are thought to influence how the brain moderates our inclination for violent or antisocial behavior. Chapter 4 elucidates how neuroscientists establish and make sense of the "neurogenetic" scaffolding of violence. Importantly, genetics opens up a productive space for neuroscientists to deal with social, or biosocial, dynamics of violence. Neuroscientific conceptualization of social or environmental factors of violence, however, too often operate as secondary or ancillary agents to biological markers in these models. Thus, this chapter interrogates neuroscientists' new reflexivity toward the determinants of violent behavior, particularly the limitations of "environment" as a social factor, and fully accounts for meaningful social experiences.

5 The Taboo of Race
chapter abstract

While race, and especially its mistaken interpretation as a biological reality, plays a key role in the making of biocriminology, the neuroscience of violence reveals a conspicuous absence of race. Chapter 5 makes clear that despite the lack of race-talk, the program is still haunted by the "absent presence" of race. Neuroscientists denounce the idea that violence is the product of racial differences in brain activity. Nevertheless, the violent brain model helps reproduce and defend a "color-blind" logic of race, which allows researchers to eschew easily discernible acts of scientific racism but undermine their ability to recognize the effects of race. That is, neurobiological logics of violence fail to account for the dynamic force of racism, and especially the way that normalized racial characteristics of violence, or "social truisms," can be actively reproduced, fixed, and further concealed through the investigation and making of at-risk violent subjects.

Neuroscientists rebuff the allure of an immediate panacea for violence, and instead uphold their research findings as a means of moving toward potential remedies, a "therapeutic promise." This promise captures how the imaginaries of neurobiological risk chase an ultimate goal of biomedical prediction, a neuro-speculative "mind reading," which consequently helps expand target populations toward normal individuals at younger and healthier stages of life. Chapter 6 outlines how the therapeutic promise works, and identifies the larger societal consequences of this framework. The benefit of the violent brain model is that it often places greater emphasis on improving social conditions to address the brain risk for violence. Conversely, a more dangerous implication of the therapeutic promise is that the violent brain model expands and authorizes corporeal surveillance tactics that will bolster already problematic law enforcement policies through the guise of public health and safety.

The book closes by drawing attention to the new uncertainties, slippages, and reductionisms surrendered in the contemporary (un)making of the neurobiological subject. Rather than subscribing to the old critiques of biological determinism, I argue that the violent brain model—its social potential, and empirical value for the research program—is more aptly understood through the way it empowers practices of reading, forgetting, and envisioning the social, or a socialness, of violence. As is made clear throughout the book, the violent brain is focused not on predestined fate—i.e., a life of crime—but a more obscure and yet equally troubling alignment of the entangled bonds between the body and sociality. Therefore, the real indictment of the violent brain model rests on its ability to preserve seemingly static hierarchies of subjectivity, not through old biodeterministic means, but through a normative omission of lived experiences.