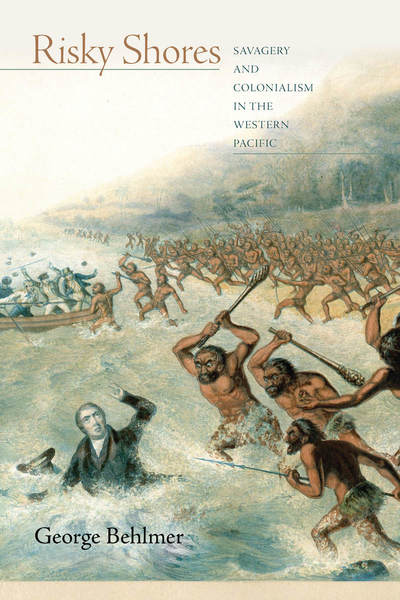 The killing of Captain James Cook on a Hawaiian beach in 1779 marked the end of a heralded set of voyages and the start of a close association between Oceania and human savagery. "Savagery," in fact, was the idea that connected most forms of spectacular violence. From their strangling of widows to their smothering of babies, from their incessant headhunting to their endemic cannibalism, western Pacific peoples appeared to embody barbarism more completely than any other "race" on earth. What European visitors to Melanesia rarely stopped to consider, though, was that the barbarism on display in these maligned islands often functioned as an expression of indigenous agency. Viewed instrumentally, then, Islander "atrocities" could serve both to warn away white strangers and demonstrate their superiority over rival tribes.

Today, most anthropologists, literary critics, and cultural historians agree that "ritual" cannibalism—man-eating for reasons other than survival—was quite rare in the past. This was decidedly not the belief of reading audiences in nineteenth-century Britain and her settler colonies. On the contrary, "cannibal" became a proxy word for "savage," whereas the phrase "cannibal isles" served to locate western Pacific peoples in an undifferentiated sea of depravity. Especially during the Victorian era, a steady stream of missionary reports, naturalists' notes, and travel narratives kept the phenomenon of man-eating constantly before a sensation-hungry public. Indeed, the "cannibal" label was applied indiscriminately to all sorts of offenders, from drunks who bit one another in pub brawls to carnivores who ridiculed vegetarian diets.

To Victorian moralists, the deaths of those who obeyed a higher justice were lamentable yet essential. In the missionary field above all, the "martyrdom" of proselytizing Christians helped both to sanctify their work on the edges of empire and to open purses back home. The "cannibal isles" of the western Pacific supplied the nineteenth century's most poignant missionary deaths. The murders there of three Protestant martyrs—John Williams, Thomas Baker, and John Coleridge Patteson—did instantiate the savagery of Melanesian "natives." But to depict these missionaries as agents of the colonial state is to misunderstand how they approached hazardous frontiers.

Although religious propaganda stressed the degraded ignorance of those Pacific Islanders who lashed out against missionaries, traders, and planters, a close examination of these attacks reveals their basic rationality. A full generation after Britain had abolished slavery in her colonies, renegade "white savages" were conducting a brutal trade in the western Pacific that proved very difficult for the Royal Navy to police. This trade, commonly called "blackbirding," repulsed such Victorian luminaries as Gladstone, Robert Louis Stevenson, and the Queen herself. But in one trial after another, prosecutors found that meeting the legal standard for "kidnapping" was a daunting task. Not until 1907 did legislation finally close the legal loopholes that had allowed labor-recruiting vessels in Melanesian waters to mock the notion of British colonial benevolence.

4 The Twilight of Headhunting
chapter abstract

A staple of Victorian adventure stories as well as an arresting subject for the new discipline of anthropology, headhunting was arguably the most exotic of savage customs. But in Melanesia, and especially around the great lagoons that dot the western half of the Solomon archipelago, headhunting possessed few romantic associations. The formidable tomako (an oceangoing war canoe) had long inspired dread among peaceful Islanders. Beginning around 1880, however, European rifles enabled headhunting big-men such as "Soga" and "Ingava" to wipe out entire settlements. The subsequent struggle to pacify the Solomons demanded not only Royal Navy cannons but also strategic bribes from colonial administrators.

The eradication of Solomon Island headhunting and Fijian cannibalism by the start of the twentieth century cut two ways. For even as British traders and colonial officials cheered the end of such savage practices, a eugenic lament about the "loss of nerve" and a vanishing "will to fight" among once-fierce Islanders grew widespread. This dying native discourse gave rise, in turn, to a determined search for the last remaining "true" savages. Among the homes of these reclusive folk, two earned fame during the 1920s and 1930s: Malekula island in the northern New Hebrides, and the vast highland interior of New Guinea. Purportedly survivals of the Stone-Age, these peoples became the focus of Western theorizing about the origins of violence among human groups.

Victory in the Pacific theater of World War Two hinged on the control of key islands. Enter what became known as the "Fuzzy Wuzzy Angels." These were Pacific Islanders whose "bushcraft" skills made them invaluable to the Allied war effort. In the Solomons, for example, these scouts helped hound the Japanese off Guadalcanal. The dramatic story of Jacob Vouza, hero to both British "coastwatchers" and the U.S. Marines, inverted white perceptions of Islander capacity.