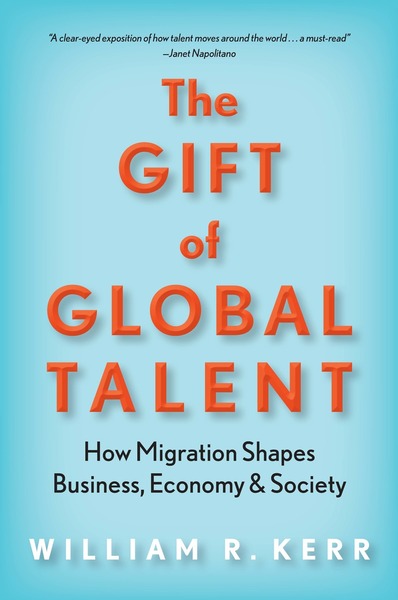 TALENT ON THE MOVE

IT IS DECEMBER 10, 2016, and the darkness of the long Swedish winter pervades. A light snow falls, and yet Stockholm is alive and buzzing. Over the previous days, the exceptional scientists and researchers chosen to receive the 2016 Nobel Prizes delivered thoughtful lectures, and many dignitaries from around the world arrived for the grand awards ceremony. Tonight, King Carl XVI Gustaf of Sweden awards the Nobel Medal, the Nobel Diploma, and a nice-sized check to recipients. Following tradition, President Juan Manuel Santos of Colombia will receive the Nobel Peace Prize in a separate ceremony in Norway.

The glitz and glamour of the Nobel Prize rivals that of the Oscar. The dress for the prize ceremony is precise and inspiring: “Gentlemen are required to wear white tie and tails, while ladies should be dressed in an evening gown. This is the perfect time to dress up and look like royalty!”1 Officials rehearse the pronunciation of names many times to avoid a blunder when delivering the award. The Nobel organization also prepares a detailed dossier with the accomplishments of the recipients and their personal backgrounds, avoiding the awkward small talk of “So, tell me, what do you do?”

The dossier makes an interesting distinction: it lists both the places of birth of recipients and where they currently work. Many of these locations are very different. Seven of the eleven prizes were awarded to people working in the U.S., with the other four awards going to Colombia, France, Japan, and the Netherlands. However, only one awardee, musician Bob Dylan, was born in the United States. Six of the eleven prizes went to global migrants working outside of their countries of origin, all of whom were working in America.

Does it always look like this at the Nobel Prize ceremony? Well, the migration aspect is quite common, and the U.S. is often the new home, as well. In 2015, for example, five of the nine awardees were living outside of their country of birth. In 2013, four of the nine U.S.-based recipients were immigrants.

Our opening chapters paint a broad portrait of talent flows around the world, preparing us for in-depth business and policy discussions. The global migration of superstars turns out to look a lot like that of college graduates, and both groups differ in important ways from the migration of lower-skilled workers. This first chapter equips us with this background, but to move on we must first discuss what we mean by “talent.”

In a famous 1964 Supreme Court case regarding pornography, Jacobellis v. Ohio, Justice Potter Stewart concurred with the court’s decision that the Constitution protected all obscenity except “hardcore pornography.” Stewart then wrote: “I shall not today attempt further to define the kinds of material I understand to be embraced within that shorthand description; and perhaps I could never succeed in intelligibly doing so. But, I know it when I see it.”2 The “But, I know it when I see it” standard has since been used in everything from tacit business decisions to descriptions of love at weddings.

“Talent” is similarly easy to recognize but hard to define. It is easy to agree that Nobel Prize winners display great talent, but our focus is on a broad set of people outside of this extreme. Education is a good yardstick, as it is roughly comparable across countries and often used to screen immigrants. Yet Bob Dylan dropped out of college. The same is true for tech pioneers like Steve Jobs, Bill Gates, and Mark Zuckerberg, and for twenty-one members of the 2017 U.S. Congress.3 Education credentials are thus helpful, but not perfect, either.

It would also be quite useful to separate innate talent from education, but these two factors become hopelessly intertwined. A promising Indian student may gain a scholarship to MIT, with that education then leading to a great job at Microsoft. But her equally promising friend may attend one of the famed Indian Institutes of Technology, later to be recruited by Microsoft after graduation. Parsing education from talent in these settings is not feasible; Microsoft likely valued both. We will instead find it more productive to consider the different pathways that talent take to reach their new home.

In the end, we use shorthand descriptions like “talent” and “skilled.” This is admittedly imprecise, and yet this vagueness can be helpful when formal definitions are limiting or lead to premature conclusions. Talent is a spectrum, not a binary trait, and we want to describe as much of the terrain as possible. To get started, we will offer three complementary approaches to measuring talent. By triangulating common patterns across multiple sources, we overcome their individual shortcomings and build a rigorous foundation for the observations that follow. Moreover, the differences are fascinating to explore.

1. “The Dress Code at the Nobel Banquet,” Nobelprize.org, https://www.nobelprize.org/ceremonies/dresscode/.