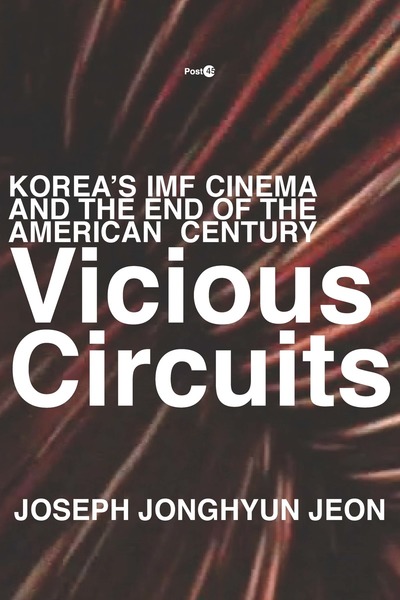 This chapter examines Bong Joon-ho's Memories of Murder and its forceful articulation of post-IMF historical anxiety in Korea. In fictionalizing the infamously unsolved Hwaseong serial murders in the Korean countryside that occurred between 1986 and 1991, Memories of Murder employs and then jettisons detective genre conventions as a way of testing and then dismissing hermeneutic methods for making sense of the newly disorienting present. The film's interest is thus methodological, using the failure of investigation as a way drawing attention away from hermeneutic dead ends in favor of a materialist orientation in which film apparatus is understood to be the concrete product of a political economy that invariably indexes the conditions that determine it. Its historiographic method moves us then from serial to system, away from recursive killings that no one can explain toward an understanding that makes sense of larger schema.

This chapter considers the abrupt social reorganization prompted by the IMF Crisis, focusing on the figure of the salaryman in Park Chan-wook's revenge trilogy—particularly in Oldboy (2003)—and its extension in post-IMF gangster films, what I term kkangp'ae films. One of the most visible figures in the aftermath of the crisis, the despondent salaryman, having lost his job, becomes in these films a launch point for a critical effort to think abstractly about exploitation in the credit relationship in a period when national debt gave rise to consumer debt. The salaryman in these films, however, is also a reification that disavows systemic understandings of debt in favor of individual understandings that are consistently rendered intelligible as personal rather than structural pathologies. So although these films intuit the transformative changes accelerated by the IMF Crisis, they remain constrained by the reification that both accesses and limits their view.

This chapter investigates the phenomenon of Korean punk rock as represented in Lone Kang's independent film Looking for Bruce Lee. Less a misanthropic youth and more a new kind of worker, the segyehwa punk becomes an ideal figure for a new labor logic in a globalized Korean marketplace that privileges human capital over the forms of security implicit in the false promises of lifetime employment that were once proffered by Korea's chaebŏl. Although these figures understand their relationship to the world already in globalized terms, they also disavow its material realities. The fantasy of human capital, however, can only partially elide the reality of a collapsing youth job market. Under the rubric of what I call subsistence faming, this fantasy, despite itself, reveals itself to be a survival strategy amid bleak alternatives.

4 The Surface of Finance: Digital Touching in Take Care of My Cat
chapter abstract

This chapter centers the depiction of gendered labor in Jeong Jae-eun's Take Care of My Cat (2001), in which the film's five protagonists, all young women seeking to enter the workforce, seem to actively participate in the logics that make their own labor obsolete. The chapter focuses specifically on the representation of technological remediation that abounds in the film and is epitomized by a trope in which text messages among the young women appear on various diegetic surfaces, like windows and buildings. Such intermedial representations become a way of thinking about the problem of integrating the young women into a changing economy. The disparity between the growing technology and infrastructure in the film, on the one hand, and the limited prospects of the women, on the other, suggests that despite their fantasies of remediation, a more likely fate is obsolescence.

5 Math Monsters: CGI, Algorithm, and Hegemony in The Host, HERs, and D-War
chapter abstract

Moving from a focus on films that foreground post-IMF social reorganization to those that seem to engage directly the systemic mechanisms of late US hegemony, the underlying material infrastructures, and protocols that facilitate and govern the new economic order in the Republic of Korea, this chapter traces the overlapping recursive logics of CGI (computer-generated imagery) cinema, US military technology, and contemporary finance, as presented explicitly in the blockbuster monster films The Host (2006) and D-War (2007), and obliquely in the independent diasporic film, HERs (2007). All of these films self-reflexively index the algorithmic and mathematical procedures that link contemporary filmmaking to military and financial technologies. As a result, the surprising interplay of what might initially seem like three discrete realms of production reveals a deeper systemic logic that has driven the attempt to reproduce US power past its expiration date.

This chapter investigates the wire shot, the increasingly clichéd first-person point-of-view shot of imagined wire traversal in contemporary action cinema. These reifications index while disavowing the material history of the massive physical network of subterranean and undersea cables, first built by the US military, that might serve as a figure for a desire in late US hegemony to reproduce itself at the moment of decline, in a manner similar to the British All Red Line system of telegraph cables in the late nineteenth century. Focusing on a trio of films by the Korean production company Tube Entertainment, all of which flopped at the box office, this chapter examines the way in which post-IMF Korean culture encodes the protocols of US financialization as the culmination of a long history of imbrication between transportation infrastructure, communications networks, and capital circulation.

The coda briefly explores the afterlife and relevance of Korea's IMF Cinema in contemporary Korean cinema, looking specifically at Bong Joon-ho's second foray into Hollywood coproduction in his 2017 film Okja in relation to the failure of the Trans-Pacific Partnership trade agreement (TPP) that same year. Made in conjunction with Brad Pitt's Plan B Entertainment and released simultaneously in theaters and on the U.S.-based streaming service Netflix, Okja is a transnational production explicitly about global commodity distribution that reflects on its own status in the global marketplace at the moment it seems about to close. Its choice of topic (global pork distribution) points to the conspicuous absence in the film, that is, China, which makes up one-half of the global pork market. Okja is thus a post-TPP film that thinks about what a world system would look like without US hegemony to center it.