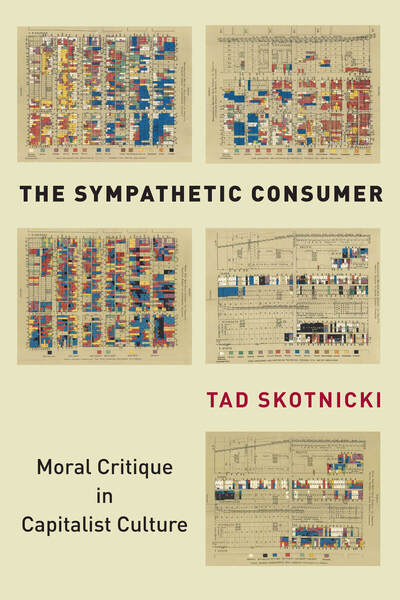 There have been organized, public projects to encourage ethical purchasing since the late eighteenth century. This chapter proposes a way to understand these recurring cultural projects—a pattern of interpretations and social conditions that I call the sympathetic consumer. To trace this pattern, the book proposes to dissect the visions, practices, and assumptions of consumer activists at two crucial historical moments: turn-of-the-nineteenth-century abolitionism and turn-of-the-twentieth-century activism in Great Britain and the United States. The recurrence of the sympathetic consumer can be explained by Karl Marx's notion of commodity fetishism. Moreover, this comparative historical study of commodity fetishism and consumer activism yields a novel approach to the relationship between capitalism and culture. I propose the sympathetic consumer as a distinct configuration of interpretations and social conditions in a broader capitalist culture.

The abolitionists pioneered a vision of the sympathetic consumer. To understand the role of this vision in the abolitionist movement, this chapter touches on the history and development of chattel slavery, the transatlantic slave trade, colonialism, and capitalism from the 1500s until the early 1800s. This history illustrates how slavery and the slave trade came to be understood as political issues that people could address through popular mobilization. When a popular abolitionist movement emerged in 1787, it pioneered novel forms of activism and advocacy—among them was the campaign against the purchase of slave-grown rum and sugar from the British West Indies. Abolitionists' anti-sugar pamphlets and campaigns reveal a vision of the consumer's distinct role in a system of merchant capitalist slave production. By virtue of the consumer's role in this system, abolitionists insisted that they needed to sympathize with invisible laborers through their purchasing decisions.

Turn-of-the-twentieth-century activists—the Co-operative Wholesale Society (UK), the Women's Co-operative Guild (UK), and the National Consumers' League (US)— built movements around the sympathetic consumer. The chapter begins with an overview of developments in nineteenth-century industrial capitalism—production, politics, and consumer culture. Though the methods and rhetoric around the sympathetic consumer evolved, these groups envisioned the consumer as the central figure in a system of industrial capitalism. The consumer assumed an even more expansive role than in the abolitionist anti-sugar campaign. Further, activists invited consumers to sympathize with invisible laborers through their purchasing. Both abolitionists and turn-of-the-twentieth-century activists offered interpretations of commodity-exchange that challenged interpretations in commodity-exchange. That they articulated similar visions of the consumer reminds historians and social scientists to look beyond localities, regions, nation-states, and time periods in the study of culture.

Abolitionists and turn-of-the-twentieth-century activists shared a common set of practices for mobilizing sympathetic consumers. This chapter reveals two such practical strategies or "ways of seeing": imaginative and sensuous. These tactics gave consumers ways of seeing through commodity-exchange into the conditions that made their purchases possible. The former involved elaborate written descriptions—both poetic and technical—of exploitation, violence, illness, disease, maltreatment, or their opposite, to endow consumers with the power to see into otherwise invisible labor conditions. The latter drew on sensuous appeals that used the consumers' five senses to do the same thing. These ranged from painted pictures and diagrams to product labels and exhibitions. In all of these cases, ways of seeing unearth how commodity fetishism informs the practice of consumer activism: interpretations in commodity-exchange affect activists' interpretations of commodity-exchange. Further, this shows that commodity fetishism can, paradoxically, invite mobilization.

Activists' moral arguments for the sympathetic consumer also share some important characteristics. This chapter investigates how activists justified the sympathetic consumer as a moral project. It focuses on two aspects of these justifications: First, activists explicated the role of the consumer in capitalist circuits of production, circulation, and exchange; and second, they grounded these justifications in both deontological and consequentialist ethics. Drawing on the notion of the "moral background," I show how activists' moral assumptions depend, in specific ways, on commodity fetishism and related capitalist phenomena. At the same time, their reflections on commodity-exchange evoke distinct moral concerns and traditions. Scrutiny of these moral arguments allows us to appreciate the role that religion—especially Christianity—played in emergent consumer activism. This approach also brings a fresh perspective to longstanding debates about the role of capitalism in the development of humanitarianism.

The differences between these consumer activists matter as well. This chapter addresses the significance of class, gender, national, and organizational differences to the development of turn-of-the-twentieth-century consumer activists. It does so by reconstructing a series of conflicts within and around the National Consumers' League, Co-operative Wholesale Society, and the Women's Co-operative Guild over labor and business issues. In each case, these conflicts disclose how the unique concerns and profiles of these groups informed their understanding of and response to these issues. The Co-operative Wholesale Society and the Women's Co-operative Guild qualified their visions of the sympathetic consumer but preserved their practices. The National Consumers' League abandoned a crucial practice—the labeling campaign—but preserved its vision of the sympathetic consumer. This shows that the sympathetic consumer, as a manifestation of a capitalist culture, can orient but cannot determine action.

7 Whither the Sympathetic Consumer?
chapter abstract

It is important to consider where the sympathetic consumer has been and where thinking about the sympathetic consumer may lead us. To consider its contemporary relevance, this chapter sketches the visions, practices, and moral assumptions evident in fair trade and conscious capitalism. Although its contemporary forms involve significantly less activism, there are recognizable continuities with earlier consumer activism. I also consider the prospects of consumer activism, its possibilities and dangers, and its place in a capitalist culture.