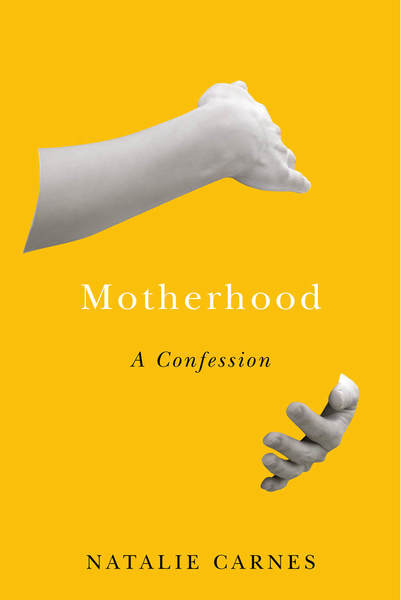 
Some women long for motherhood. Yearning for a child, they receive news of their pregnancy with elation. It is to them glad tidings of great joy. I was untouched by that desire when I began to suspect, with dim horror, that I might be pregnant. Alone in our bathroom, I confirmed my suspicion, and wept. For several days, my bewildered husband consoled me before asking gently, tentatively, when I might be ready to celebrate our news. Not yet.

How could I celebrate? I had no room for a child. I was not halfway through my doctoral program. I was negotiating a new marriage. I had no real income. What I had were anxieties and ambitions so bloated they seemed to crowd out any space for new life. How could I teach my first classes, finish my degree, and land an academic job with a baby? Somewhere I had latched on to the notion that people raise children after their own journey of development reached some kind of conclusion, or at least a plateau, and I felt far from any arrival. Even so, pregnancy was upon me, falling invisibly and heavily on my body.

Nausea deflated my angst and sustained me. For months, I lived in a fog of sickness. When it lifted, I saw that a powerful love for my daughter had already taken shape. That love and nausea together carried me to the final hours of my pregnancy, when I found myself huddled in a tub, racked by contractions. Everything in those moments was stripped away—my labor strategies, my contraction mantras, my images, my plans, my clothes. The pain and urgency of labor left me exposed. Perhaps for the only time since my childhood, I was naked and unashamed. There was a final burst of pain and effort, and my daughter arrived.

As clearly as I remember my daughter’s birth, I can summon no memory, however faint or blurred, of my own. But who can? As a conscious memory, my birth is lost to me, even though it is my very beginning, even as it stays somewhere in my bodily memory, shaping my relation to the world. My infancy is long dead, Augustine writes, and yet I am alive.

The loss and ongoing presence of our births is mirrored in the narrative of Jesus in the Gospel of John. There is no infancy narrative in that gospel, no angelic announcement of birth, no donkey-riding Mary great with child, no magi seeking the babe, no boy growing in wisdom and stature. John’s book opens with Word and Light present in the beginning. When Jesus appears, he is an adult; when his mother enters the stage, she provokes his first miracle and signals that his ministry is underway. There is no story of physical birth—but neither is birth absent from the gospel. As our own births mark us in mysterious and implicit ways, so birth remains both unnarrated in the Gospel of John and also ever-present, pervading it in metaphors and images.

The first mention of birth in John’s Gospel comes from Jesus’s conversation with Nicodemus. Truly, truly, I say to you, no one can see the kingdom of God unless she is born again. Today, rebirth is so common a way of naming conversion that it has become stale and obvious. But to Nicodemus, Jesus’s words are nonsense. How can anyone be born when he is old? Shall I crawl back into my mother’s womb? Patiently, Jesus distinguishes earthly from heavenly and physical from spiritual. He redirects Nicodemus to a different womb, implying a different parent, and arriving, finally, at a second subtle meditation on parenthood, in which God lovingly sends God’s only-begotten Son to give life to the world.

Bookending Jesus’s conversation with Nicodemus are two encounters with John the Baptist, who baptizes Jesus prior to the conversation and testifies about him after. In the episode following his reunion with John, Jesus, too, begins baptizing—or at least his disciples do. Language of birth abounds in these first few chapters: the rebirth metaphors for conversion, the descriptions of Jesus as the only-begotten Son of God, the baptisms of and by Jesus. Images of wombs and mothers and waters of parturition seep into the book, enlivening descriptions of conversion and new life. Birth, as metaphor and image, is everywhere. The early church dramatized the birth imagery of baptism by requiring the baptized to enter the waters naked, dipping their entire body into a font shaped like a womb or a coffin, as the baptized died to their old life and were reborn in the womb of God, the new mother of their new childhood.

Yet we don’t always see how motherhood, infancy, and children disclose what it means to be human in relation to the divine. For centuries, Christian texts exploring humanness have come from men reflecting on their own flesh. Generation after generation of Christians has spoken of God with masculine pronouns and titles that have ossified into literal referents. Women and children have remained largely absent from talk of divinity and humanity. But what if their lives were taken as significant sites for theological work? What if their bodies were seen as revelatory of human life as it encounters and fails to encounter divine presence? What if the most influential reflection on humanity in the Western world centered not on the struggles of a man’s body but on those of a woman’s or a child’s? How might a woman’s or child’s Confessions go?

I don’t remember the first time I encountered Augustine’s Confessions, but I remember the first time its pathos sank into my imagination. I was studying for my master’s degree in theology, and Augustine’s story of desire—its betrayals and its transformations—gripped me. In the midst of a tumultuous breakup, I was struck by one episode in particular: the conclusion of Augustine’s faithful relationship with his common-law wife of over ten years, whose social status deemed her unfit to be his legitimate wife. Augustine describes this woman as ripped from his side, leaving his heart wounded, torn, and trailing blood. She vows ongoing, separated faithfulness to him as she leaves both Augustine and their son, named Adeodatus or “gift of God,” to return to Africa. We know what happened to Augustine. What happened to this woman, whom he loved so ardently for a time? She never appears again in the story. How would she have narrated their relationship and its end? Was her heart restless? Did it find rest?

Twice in the next few years I taught the Confessions as a teaching assistant. On the second occasion, I guest-lectured on it for a course on happiness and the life of virtue. I was pregnant for the first time and entering into a new life of desire, one that the Confessions spoke to only obliquely. Though the Confessions still captivated me; though it has continued since then to nourish me as a teacher, reader, and seeker; though I teach it even now every semester, I found and continue to find its characterizations of parenthood and childhood unsatisfying. The Confessions does not offer the wealth of insight about life with children one might expect from so thoughtful a book, despite the presence of Augustine’s own mother, Monica, his son, Adeodatus, and the scenes of his own infancy. Augustine renders his own life and motivations textured, compelling, and complex, but depictions of his mother’s, his son’s, and his childhood self’s are flat and sparse.

Rather than attempt the imaginative feat of resurrecting the inner lives of Monica, Adeodatus, or Augustine’s partner, I stay much closer to home—my home—by reflecting on the conversions and desires in my own life with small children. I bring alongside Augustine’s great text another narrative of what it means to be human, for childhood and parenthood have dramas not identical to those of the single male. Augustine struggles over the course of the Confessions for his scattered self to be gathered, his divided will to become whole. Yet the central drama of parenthood is not of two wills becoming one; it is of one will becoming two, as the parent helps bring the child’s will into fullness.

In some ways, the book I have written echoes the Confessions. I have followed Augustine in writing thirteen chapters, and each of my chapters centers on a theme found in his book. Like him, I cast my narrative in the second person. However, where Augustine addresses God, I address my daughter for the first nine chapters before turning directly to God in the final four, a turning that parallels Augustine’s shift from narrating a story to entering a more purely reflective mode, a reflection upon reflection. I preserve Augustine’s two levels of reflection while also exploring what it means to address God through a creature, how the “you” of my daughter turns toward and away from the You of God. While the reader unacquainted with Augustine will find she can enter these reflections as well as the expert, the reader familiar with the Confessions will notice critiques, appreciations, and subtle shifts that add up to a distinct picture of human life with God. Augustine’s glittering vices become potential virtues in the making, his cup that is half empty of goodness becomes half filled with it. Life is riven with treachery and violence, but there can be less worry about the multiplicity of desire and can be instead more hopefulness about desires that fall short of the divine. It is a story of God meeting us in strange places as humans try, fail, and learn to help one another become more human. But now I am ahead of myself. I was only at birth, at the words of Jesus so banal to us and so confounding to Nicodemus. Truly, truly, I say to you, no one can see the kingdom of God unless she is born again.

It is night, shortly after the birth. Converted, I turn my attention to you in a new way. We are both damp from our births, wrapped in blankets, exhilarated and exhausted from our separation and new togetherness. We have lost the dependable relationship of care we knew for nine months. My body no longer tends to you as one of its own organs. I learn to minister to you as one body loving another. We try, for the first time, to suckle. By midnight you have taken some milk, and we both fall asleep. In a few hours, our new world will dawn. We awake in the morning to new life.