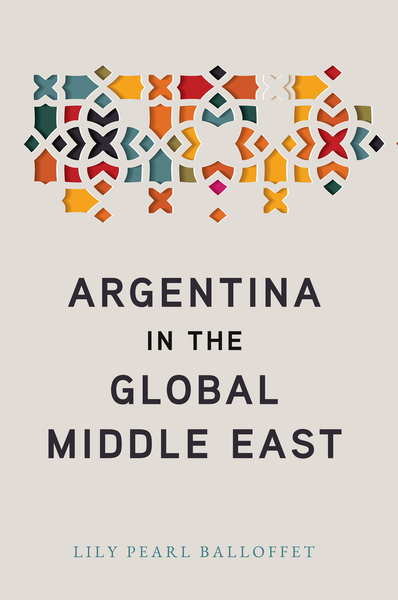 The Introduction lays out the key ideas and analytical frameworks of the book, principally the topics of transregionalism and South-South mobilities. It posits that the history of Middle East migration to Argentina can serve as a narrative thread with the power to connect historical narratives from the nation's disparate provinces. It invites us to think of geographic space, and human movement across it, as continuous and connective. The Introduction also presents a basic overview of the concept of the mahjar—the combined people and territories that constitute the human-spatial map of migrant worlds constructed after the massive out-migration from Ottoman Syria since the last third of the nineteenth century. The Introduction also presents the idea of a Global Middle East that transcends a geography of traditional political boundaries and discusses the limits of Cold War-era area studies' theoretical frameworks.

This chapter examines the existence of the Middle East in the Argentine Creole elite imagination and within the parameters of the national immigration project of the nineteenth century. Policymakers' prescription for modernizing Argentina during this period was a twofold investment in immigration and infrastructure. The intersection between the two prongs of this strategy came in the increasing mobility of the immigrant masses across national space, particularly with the spike in railroad transportation. This chapter integrates our understanding of the deep infrastructural and demographic changes that resulted from nineteenth-century liberal imaginaries and a boom in transoceanic migration.

2 From Mesopotamia to Patagonia
chapter abstract

Chapter 2 employs a spatial analysis of the mahjar by way of tracing the deep infrastructural and demographic changes that Argentina experienced in both urban hubs and rural spaces since the late nineteenth century. It focuses on the subregional case studies of the far northeastern "Mesopotamian" and southern "Patagonian" geographies of the nation. These case studies highlight the rural-urban circuitry of Middle Eastern migrant mobilities, with special focus on those related to the genesis of a vibrant print media scene in the mahjar over the early decades of the twentieth century. Through this approach, the chapter posits transregional network building as the product of intraregional and local migrant mobilities rather than more ephemeral notions of intellectual or political currents.

Chapter 3 tackles the topic of transregional network building in the mahjar during the first half of the twentieth century. Case studies of circulating cultural producers cast migrant geographies in the light of intraregional and local immigrant mobilities. This offers us insight into the logistical mechanics of migrant networks by way of following the career trajectories of artists, cinematographers, musicians, and actors who moved within and between South American and Eastern Mediterranean geographies. As they moved from city to city, country to country, the success of their projects often hinged on the support of mahjar institutions such as mutual aid societies and hometown clubs—in monetary terms and as receptive locations to showcase and promote their work.

Chapter 4 examines the practice of institutionalized charity enacted by Argentine women's groups with heritage ties to the Middle East. The fundraising networks that they cultivated provide insight into the links that connected rural communities with Buenos Aires, as well as a mixture of welfare and politics that characterized the actions of many prominent women's groups in the mahjar. The chapter also analyzes transregional projects that these women managed in order to demonstrate that many philanthropic organizations operated across multiple geographic planes. The prestige that women accrued through building national philanthropic networks provided them with the ability to subtly but meaningfully engage with politics in Middle Eastern homelands.

Chapter 5 analyzes the developing relationship between Argentina and Egypt during the 1952 Egyptian Revolution and reveals evidence of transregional links and institutional networks. During this time, the spheres of Arab and Latin American international relations, mahjar communities, and broader anti-imperialist activisms of the early Cold War era were overlapping and mutually influential. Social networks, mirrored rhetoric, and organizational exchanges represent an early moment of Global South exchange in the lead-up to the Non-Aligned Movement's galvanization by the early 1960s. Utilizing diplomatic archives, the mahjar press, and personal correspondence, the chapter frames this era in a larger international moment of rising corporatist politics that included the ascent of Juan Domingo Perón in Argentina and Mohammed Naguib, and Gamal Abdel Nasser in Egypt.

The concluding chapter examines the historical roots of current-day transregional trade, migration policy advocacy, and South-South artistic collaboration that continue to situate Argentina as part of a broader Global Middle East. Its three case studies begin with a study of contemporary trade relationships between Argentina and a growing number of countries in the Arabic-speaking Eastern Mediterranean that purchase Argentine yerba mate exports. In the realm of contemporary human mobilities, the chapter turns to the reception of a new generation of Syrian migrants in the wake of the Syrian Civil War's 2011 inception. Finally, it explores a series of mobile film festivals that bring together artists and audiences across the Global South. This chapter reminds us that the rich transregional relationships, networks, and solidarities that took shape between Argentina and the Middle East over the course of the twentieth century are not phenomena strictly relegated to the past.

The epilogue offers reflections on the challenges of broadly cultivating more informed perspectives on the long history of connections between the Americas and the Middle East. Through scholarship, pedagogy, artistic coproduction, and a host of other venues, there is much work to be done in terms of envisioning the Americas as part of, rather than witness to, the movement of people, things, and ideas that have constituted the historical processes and contemporary realities of the Middle East.