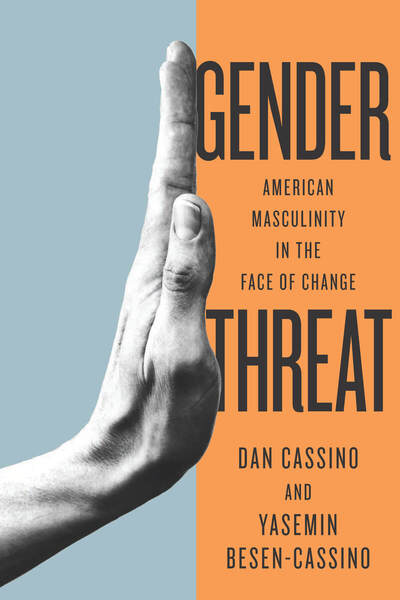 In this introductory chapter, we set the research puzzle: why do some men feel they are losing out socially and economically in the United States today? Building on the gender theory of West and Zimmerman and R. W. Connell's concept of hegemonic masculinity, this chapter explores the consequences of the gender threat men experience when faced with economic threat: what happens to men when they lose income or their relative advantage in society? This chapter lays out the structure of the book: the mixed methods approach used as well as the theoretical frameworks applied.

In this chapter, using quantitative data, we explore the political consequences of men's real and perceived loss of economic dominance and status. We find that in the face of gender threat, political identity becomes an important way for men to symbolically reclaim dominance.

In this chapter we focus on nonbinary measurements of gender, which has become an important political issue in national elections, particularly regarding transgender bathrooms. In this chapter, we explore how gender measurement affects men's perceptions. Using experiments as well as national surveys, we also explore how gender threat among men affects attitudes toward trans and nonbinary people as well as LGBTQ issues.

This chapter moves the focus from mostly economic and political arenas to other specific issues. In this chapter, we explore the effects of gender threat on men's gun consumption, religiosity, and pornography use.

This chapter focuses on alternative masculinities. Using qualitative data, we explore the different ways in which men reconstruct their masculine identities when faced with gender threat. We look especially at the ways in which men emphasize fatherhood and create spaces for alternatives to traditional views.

7 The Future of Men
chapter abstract

In this concluding chapter, we summarize the findings of the previous chapters and contextualize these findings. This chapter also points to alternative routes and avenues for future research.