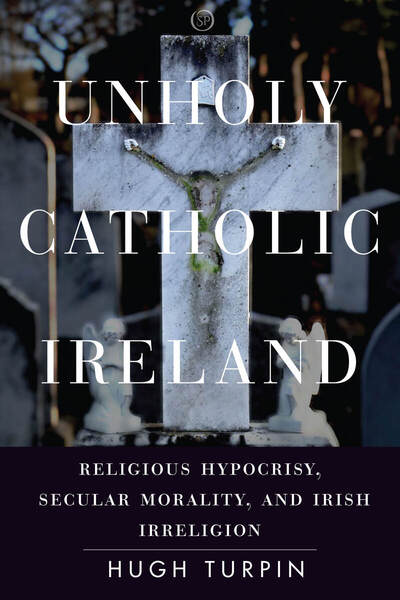 The Introduction sets out the major themes of the book. It foregrounds the central question: What happens when a previously dominant religious institution that is deeply intertwined with ideas of national and ethnic belonging becomes gravely morally contaminated? The Introduction contains a description of the author's own exposure to the changes that have occurred in Irish Catholicism while he was growing up, his firsthand experience of which motivated his interest in the topic. Finally, the Introduction provides brief summaries of the subsequent chapters.

1 Secularization, the Desacralization of the Church, and the Emergence of Ethno-Catholic "Nones"
chapter abstract

Chapter 1 lays out the background and context of Irish nonreligion, situating it within a complex scene of secularization and fragmenting consensus about what being a Catholic involves and who gets to decide. It also describes the decades-long scandals that have undermined the moral credibility of the Church in detail. These topics are analyzed with reference to the existing literature on Irish secularization. Finally, the chapter draws on theories of the cognitive science of religion to provide a new theoretical perspective on whether mass experiences of religious hypocrisy might contribute to large-scale disaffiliation and even the process of secularization itself.

2 "Hostages of Catholicism": Quantifying the Nature and Scale of the Rejection of the Church
chapter abstract

Chapter 2 describes findings from a representative survey of 248 baptized Catholics. These data suggest that ex-Catholic numbers have been underestimated because of natalist responding and that the rejection of Catholicism is highly morally motivated. Quantitative data show that ex-Catholics are exceptionally distrustful of the clergy, judging them as less trustworthy than bankers and politicians; that they tend to have been brought up in households with little parental religious socialization; and that they tend to be more morally progressive and younger. Associational data demonstrate that the swiftest ex-Catholic association with the Catholic Church is pedophilia, followed by conservativism and corruption.

3 "For Emergency Use Only": The Waning of Religious Socialization
chapter abstract

One key element in the decline of Irish Catholicism is the degree to which participation had already become a matter of almost open social conformity rather than spirituality or religiosity for a growing number of the population. Chapter 3 examines qualitative data drawn from an intergenerational sample of informants from two Dublin parishes. It depicts how Catholic socialization has transformed, particularly in the home. Catholic doctrine and practices, if encountered at all, are now generally quarantined to experiences in the school system and swiftly abandoned afterward. From this perspective, the cultural and liberalized forms of Catholicism described as emerging since the 1980s can be reconceptualized as a transient and increasingly inertial connection. The chapter also expands on the phenomenon of cultural Catholicism, explaining its social and emotional motivations while also showing how it is compatible with religious ridicule and apathy.

Many facets of Irish Catholicism—that is, the deep importance of Catholicism as a symbol of local, familial, and ethnonational identity—have relatively little to do with the Church and its moral collapse. People can retain these links while disapproving of the Church, reducing the spread of outright Catholic disaffiliation. Chapter 4 provides a case study that focuses in detail on concealed cultural Catholic atheism among working-class self-identified Catholic men. These men primarily construct Catholic doctrine as "a load of shite," consider the Church a hypocritical and power-hungry business enterprise, and maintain that they participate in Catholic rituals and practices primarily out of a desire to ensure social harmony by preventing distress to weaker members of the community who need the crutch of religion to get by.

5 "This Is Our Rising": Secularization as a Second Struggle for "Irish Freedom"
chapter abstract

Chapter 5 draws on field data from various rallies and marches in Dublin and on interviews and secondary and online sources to describe the tense social dynamics around the lingering institutional influence of Catholicism, particularly in the educational realm and, until 2017, in legal restrictions over abortion. Over the period 2015–2018 these tensions boiled over into a low-level culture war over the role of Catholicism in state institutions in what many believed should be a modern, secular European democracy. The ideological field is dominated by secularist and traditionalist actors who vie for influence over a more blasé culturally Catholic middle to retain or eradicate Church influence on social institutions and laws. Scandal has altered the moral stature of these two antagonists. The moral conflict has led to the emergence of a powerful secularist moral narrative that represents secularization as a new Irish freedom struggle.

Chapter 6 describes Irish ex-Catholicism in detail, drawing on key informant testimony and discourse in a number of real-world and online secularist communities to describe how it is primarily oriented around the moralized repudiation of both the Catholic Church and the cultural Catholic default presumed to sustain its sclerotic hold on power in certain institutions, most notably the education system. Ex-Catholics often position themselves in opposition to cultural Catholics, whom they frequently construct as irresponsible, inauthentic, and complicit enablers of a corrupt and harm-causing institution, and they describe themselves as a minority that bravely resists the easy comforts of low-cost social conformity. The chapter examines how both secularization impediments and the issue of scandal contribute to this moralized stance of religious rejection.

7 "Blessed Are Those Who Are Persecuted Because of Righteousness": Coping with a Spoiled Religious Identity
chapter abstract

Chapter 7 turns to an examination of how the moral taint has affected devout Catholics, beginning with priests and then moving on to members of the laity. Overall, though scandal seems to draw secularists together and to empower cultural Catholics to seize a position of greater autonomy, it appears also to have exacerbated underlying tensions as the devout grapple with a new situation where the moral rectitude of their close ties to the Church can be openly challenged by those who are "anti-Church, anti-God, anti-everything for the sake of being anti," as one informant put it. This has created an inward turn in devout Irish Catholicism: It has become withdrawn, self-conscious, broken up into increasingly idiosyncratic subcultures, and far less suitable for intergenerational transmission.

Epilogue: "Anyone Else Not Bothered?"
chapter abstract

The Epilogue sums up what has come before and looks to the future. As Catholic affiliation becomes less mandatory, conformist affiliation loses its appeal. At the same time, the current situation of strong opposition to the Church's influence and history may abate as the scandals run their course and the Church's institutional grip slips further, both of which may cause a stabilization in cultural Catholicism or at least a deceleration in disaffiliation. The Epilogue considers Poland and Spain as interesting possible comparisons. It concludes that potential geopolitical instability around the future status of Northern Ireland marks an additional variable with as yet unseen consequences that make it difficult to be certain how quickly Irish Catholic numbers will or will not continue to decline.