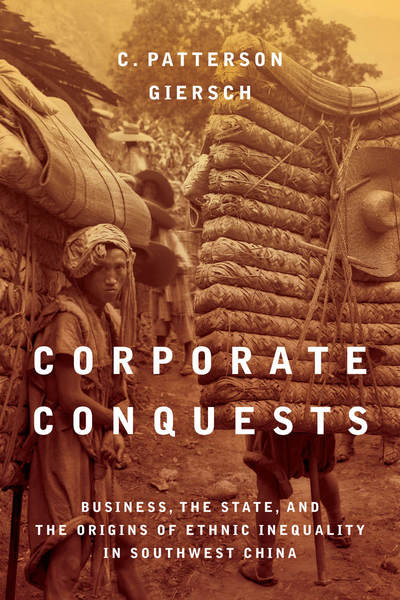 Chapter 1 explains the nineteenth-century origins of private corporations created in key merchant communities in Yunnan Province, China. It focuses on corporate governance, including profit-sharing and bookkeeping practices that allowed Yunnanese entrepreneurs to transform intrafirm kinship and friendship relations into incentive-based ownership-employee relations, thereby centralizing corporate power in the general manager's headquarters. This allowed the firms to expand their reach over vast distances and into Southeast Asia while maintaining relatively disciplined corporate governance. Since Chinese businesses are treated here as historical institutions rather than timeless entities based on idealized Confucian family values, the chapter demonstrates why successful firms were formed by Han Chinese entrepreneurs as well as certain minority ethnic groups.

Chapter 2 reveals how merchant communities in Yunnan, China, adapted to the stresses and opportunities of modern corporate life by preparing children for a world in which men and boys spent most of their time away from home. The chapter uses local sources to reveal how, even as kinship was deemphasized within the corporations, merchant communities relied on reconfigured gender norms and kinship institutions to hold together dispersed, mobile families through the writing of genealogies and the erection of lineage temples. Created with corporate profits, the genealogies and temples represented the construction of a new culture of obligations that would ideally force men to return home. Pressure was applied to wives, moreover, to be disciplined household managers, which was difficult because increasing wealth brought the desire to project prestige by building grand houses and consuming conspicuously.

Chapter 3 focuses on twentieth-century international businessmen from Yunnan, China, who, though they worked abroad, sought revolutionary change in their hometowns. The chapter begins with Burma-based merchants who participated in the 1911 revolution against the last Chinese dynasty. It then examines merchants who were active in promoting educational change for Chinese children in Burma and used that experience to promote rural reform, especially educational reform, at home. The chapter argues that the reformers were influenced by Chinese nationalism, which fueled their opposition to the British colonial education system because it led their children to assimilate. Concerned that their children were "falling into another race," the reformers developed a curriculum promoting learning in modern academic subjects as well as in Chinese language and nationalism.

Chapter 4 examines the expansion of Yunnan trade corporations into the eastern Tibet region known as Kham. Drawing from the idea of translocality, the chapter explains how outside firms came to dominate much of Kham's regional trade, effectively excluding indigenous people from enjoying the benefits of commercialization. To fully understand this history, the trade corporations are placed in a larger political context, revealing how Han nationalists increasingly depicted borderlands minorities as backward and how radical officials such as "the butcher" Zhao Erfeng studied international colonialism as a guide for eradicating indigenous political and economic leadership, to be replaced by state and private corporations. These trends originated the process of modern patterns of ethnic inequality that still plague China today.

Chapter 5 introduces the powerful vision, first articulated in 1876, of mechanizing Yunnan's mining industry by creating state-led corporations. In the 1880s, when the first modern mining corporation was created in Yunnan, it was part of an array of state initiatives to industrialize and modernize China, a story that is familiar. By retelling this story from a borderlands perspective, the chapter demonstrates for the first time how the concerns with industrial development were influenced by changing ideas about ethnicity as well as schemes to transform territorial governance from pluralistic practices of empire, in which indigenous elites were legitimate leaders, to the direct rule of the nation-state in which cultural and ethnic difference were no longer tolerated. In this first fifty years of modern industrialization, the concepts of Chinese development came to be linked to hierarchies of ethnic and racial difference.

Chapter 6 focuses on Miao Yuntai, an official who built pioneering financial and industrial institutions designed to develop Yunnan, China, during the 1930s. Miao started with Gejiu Tin, first incorporated in 1905, making it a successful exporter of refined tin, and then established other successful corporations. Miao's approach to economic development was based on his experiences in the United States and his perception of Yunnan as backward and ethnically diverse, leading him to create innovative state-run corporations that emphasized managerial autonomy, responsiveness to ownership, and the creation of competitive products. Miao was ahead of the national government in both rationalizing and implementing state-run industry in China, as well as in removing control over local resources from local people, making him one of the most important figures in China's developmental history.

Chapter 7 examines China's wartime and civil war periods (1937<->1949), and it brings together the book's major stories about private corporations, state-run corporations, and the development of borderlands regions. After the Japanese invasion of China in 1937, it was the Yunnan provincial government that first harnessed private firms for the wartime effort. After the arrival of the National Government in the Southwest, the Yunnanese economic and corporate institutions, built in the 1930s, would be joined by central institutions in complex partnerships that sought greater state control. These were the first efforts by a Chinese state to enhance its power by taking business from private firms. The efforts were part of broader development plans that sought to impose state power over private firms and over borderlands' resources and communities, including the Tai of western Yunnan. The efforts anticipated the extraordinary growth of state power under the Communist regime.

The Epilogue follows the book's main narratives into the 1950s. It explains how the Tai of western Yunnan would gain "autonomy" as they had hoped, only to discover that autonomy under the Communist state meant disempowerment and inequality enforced by government institutions, including state corporations. It further explains how private corporations would first contribute to postwar economic recovery, only to decline as the new state closed markets and then purposefully dismantled the transprovincial networks of communication and organization that had nurtured the corporations for several generations. They were replaced by the bureaucratic management systems of the new government and Communist Party, which were designed for a planned economy that operated largely without markets. The innovative Yunnan state-run firms would become the foundations of the province's planned economy—the foundation of the province's supposedly new era that had actually been poured in the old era.