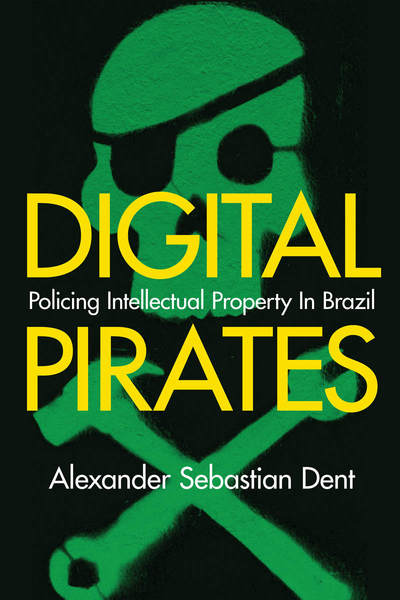 THE JOYS AND SORROWS OF DIGITAL TEXTUALITY

At first glance, mimesis seems to be a stylizing of reality in which the ordinary features of our world are brought into focus by a certain exaggeration, the relationship of the imitation to the object it imitates being something like the relationship of dancing to walking.
Michael Davis, The Poetry of Philosophy: On Aristotle’s Poetics (1999)

BAZAAR, SHOPPING MALL, AND CARNIVAL: that’s how the downtown informal market in Campinas struck me when I first arrived in the late 1990s. In this city of two million about 1.5 hours northwest of São Paulo, what locals called the camelódromo—a term that mixes “itinerant seller” (camelô) with “stadium” (dromo)—appeared to offer everything for sale: sneakers, sunglasses, cell phones, speakers, pens, backpacks, batteries, soccer jerseys, car stereos, videogames, CDs, bananas, and DVDs (Braz 2002). I had begun to visit the place regularly in order to figure out the popularity of Brazilian “country music” (which locals called música sertaneja) for my first book on rural performance in neoliberal Brazil (Dent 2009). However, the camelódromo quickly became an autonomous preoccupation for me because of the way it confounded my belief that formal and informal economies ought to be separated by clear boundaries. My experiences in Canada, the United States, and the United Kingdom had not prepared me for this—not even my visits to street markets in New York City.

The stalls in this Brazilian marketplace were of cinder block with metal roll-down fronts that locked at night. Each one measured about ten feet by ten feet and had been officially numbered by the mayor’s office when it had sought to “clean up” the downtown a few years before. To protect from the rain, fiberglass and aluminum roofs covered rows of connected “boxes” (the word was often spoken in English rather than Portuguese, indexing, I surmised, a linguistic modernity). These stalls stretched through the sidewalks and streets in an ordered but frantic way, surrounding the bus station a bit like a coiled snake (see Holston 2009 on “insurgency”). Music pumped out of speakers or videos played from many of the individual stalls, creating little orbits of light and sound that projected sensory turbulence when they came together (Cardoso 2019). Most purchases could be made by credit card. The police alternated between behaving like clients, carrying out punitive raids, and as we shall see, investigating murders that were the result of the criminalization of the work that went on there.

When I first arrived, I wasn’t sure how to read the goods themselves. Indeed, my temporary confusion, once again an artifact of my experiences in Canada, the United States, and the United Kingdom, led to a developing epistemology of consumption; I learned to understand the profusion and provenance of the goods, and navigate within it (see also Coombe 1998, 2009). At the start, before my localized consumer sense got honed, some goods looked, sounded, smelled, and felt like consecrated brands, such as Nike, Dolce & Gabbana, and Drakkar Noir. Others appeared to poach some of the iconography of those popular brands, offering close approximations: a slightly less curvy swoosh, large gold letters that were not D and G, but that still interlocked while facing opposite directions, that smell from nervous high school dances (see Brenneis 1987 for how aesthetics combine sensory registers). The CDs and DVDs that were my initial focus appeared to occupy a range of formalities—with some taking the shape of briskly burned copies labeled with a marker (informal) and others resting in jewel cases with hologrammed manufacturer “seals” (decidedly more formal). Still other products bore no marks at all, while nonetheless emulating the spirit of brands in color, shape, and smell. Electronics bore names that closely resembled mainstream products, such as HiPhone. Fragrances were always factory sealed in plastic.

At moments, these goods looked like cheap things that might stink, fall apart, or fail to play (perhaps all three). But during my next visit to the market I felt sure that what I had characterized as knockoffs were in fact good deals that would perform like their more expensive counterparts. There were still other times when it seemed to me that these products might in fact be the real deal after all—having been either smuggled duty-free or produced after hours in precisely the same factory that had made the originals during the day. Friends told me stories about how these products were “even better” than the “originals” (always the term used to describe an object with pristine provenance); in one case a friend crowed that the dragon on his pair of copied jeans—embroidered by a computerized sewing machine that could digitally reproduce the design of one’s choice from thousands of options—was larger, and therefore better, than the embroidered dragon on the original pair. Others railed against the injustice of noncamelô high-priced imports. Still others fretted that cheap sunglasses might permanently hurt their eyes (though they perpetually lost sunglasses, justifying spending little) or that the proceeds of their pirated CD purchase “funded organized crime.” The stall owners kept track of their inventories with laptops and, by the mid-aughts, sent email or surfed the Internet while customers browsed—sharing an immense wireless network (see Kelty 2008 on “recursive publics”). The products, their interpretations, and their means of circulation refused to sit still.

I had a series of questions about the camelódromo right away. If I tried to buy something (which I eventually did), might I be expected to barter? (I wasn’t.) Or perhaps sellers would sense my foreignness and try to rip me off. (They didn’t.) Would there be guarantees if something broke? (There were.) Where did all this stuff come from? (China by way of Paraguay, for the most part.) And finally, how was all this legal, or if it wasn’t legal, why were the police browsing at a DVD stand selling illegal copies of movies twenty-five yards from where I was interviewing a cell phone repair worker, and how were these police getting cash ready to make a purchase? How did they understand their position as purchasers of the likely illegal goods and arbiters of the market’s overall legality at the same time?

These sorts of questions animate this book, which is about the way consumers and producers of texts such as movies and music experience the intellectual property (IP) system as profoundly broken. It is also about the way that brokenness indexes past communicative strategies, while calling forth new ones. I argue that the brokenness of the global IP system becomes locally generative as actors engage with IP to produce new modes of action. These, in turn, are contested and reworked by a productive tension with “piracy”—with the entire process conceivable as the kind of “dynamic nominalism” espoused by philosopher Ian Hacking (2002). Hacking proposed that subjects are constantly in the process of contesting the categories into which they fit, at the very same moment in which they rework those categories for future use by them and others. My analysis of this dynamic process is based on extensive fieldwork I carried out in Brazil over a period of twenty-two years.