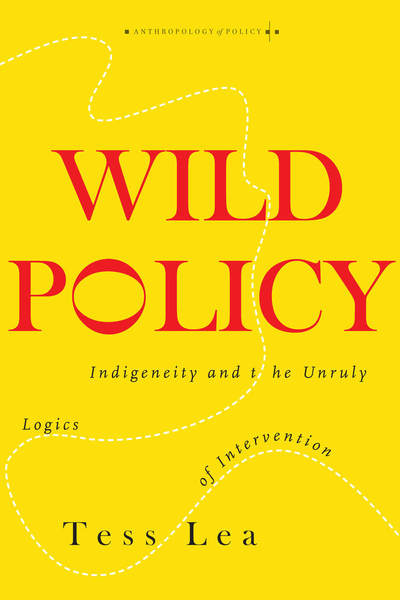 If you leave the town of Timber Creek in the Victoria River Downs of the Northern Territory of Australia, and head north along the Victoria Highway, you will reach a Spartan cement bridge spanning the mighty Victoria River, full of crocodiles, broken trees from floods gone by, and sex-changing barramundi. A short drive will do it. You can take photographs of the bridge and even walk along it for a wee while, though this is no place for ordinary travelers. Here the wild river is a moat, and the bridge a span to a military citadel, accessible only to the present-day legions with authorization to train there, weaponizing themselves for conflicts to the north, east, and west of the continent.

Trespass signs warn against touching anything (“It may explode and kill you”), and metal barricades, CCTV, and guard posts reinforce the message. These signs are soon forgotten as you bypass the bridge and continue along the highway, a long way from other distractions, barring termite mounds, meager woodlands, and red scoria, the air undulating with humid heat over broiling bitumen. The weary eye sees nothing more outstanding. The scrubby country inside the protected weapons range is so unremarkably like the scrubby country outside it, its relevance to the story of Indigenous social policy also slips from view. A military field occupying land the size of Cyprus can have that effect—as can attending too closely to the normative terms for anthropological and social policy analysis. Familiar tools of scrutiny can blind us to what might also be there, hidden in plain sight, if we care to look askance.

This book is an ethnography of interventions that were visited upon Aboriginal people in regional and remote Australia as the country entered the twenty-first century. The bulk of the ethnographic research took place between 2007 and 2017, spanning three changes of national government in Australia and multiple prime ministers. The US announced an intensified military presence in the Asia Pacific and changed presidencies, Australia entertained the rise and fall of a mining boom led by industrial and property developments in China and India, and catastrophic climate change shifted from the forebodings of a few to the center of international policy debate. This was also the time when a National Emergency Response was called to intervene into the plight of Aboriginal living conditions in the Northern Territory; and, later, social policy announcements included new threats of abandonment, as entire swathes of Aboriginal occupied lands face the abrupt withdrawal of any service supports whatsoever.

Each of these events feed into Aboriginal policy determinations, but their interconnectivity is seldom made clear. Mining often takes place on Aboriginal land, but the relations between mining, Euro-American military expansionism, and the conditions set for the delivery or denial of services for Indigenous Australians tend not to be described together. For that matter, my own dependency on extractivism and militarized trade relations and how this too shapes what is made available for Indigenous people is not something I am routinely made to think about either. The embedded infrastructures of militarily enabled extractive relations that saturate our surroundings and make us possible are so omnipresent, they have become imperceptible.

Wild Policy attempts to bring these adjacencies back into view, arguing they are at the heart of the tensions, engagements, and arbitrariness of Indigenous social policy. It contends that the militarized global political economy that most urbanized liberal settler populations depend on drives key domestic policy. The resulting chaos for many Indigenous groups is simply collateral damage. At the same time, prolonged attention to such “structural determinants” of policy can pose two equally problematic methodological dangers. First, analysis rebounds into a structure-versus-agency binary, while attention is distracted from the everyday transactions and dramas within organizations, contracted businesses and bureaucracies, and families and individuals, as policies percolate within and through these locations too. Yet, if instead we shift focus to these more everyday transactions, a second methodological danger presents itself. When we foreground the minutiae of individual resistances, or the exquisite detail of organizational practices—by making visible the micropolitics of discretionary transactions within a welfare office, let’s say—what these are simultaneously part of can disappear.

Wild Policy seeks different landing points. Focusing on macro- and micropolicy conditions and the activation potential of the meso in between (Stengers 2009), it explores the inconsistency of policy effects, the multiplicity of human and nonhuman actors, the complexity of interactions, and the absence of any master controller, beyond that of a globalized military political economy, with the hope that, rewoven into ethnographic narratives, settler colonial policy ramifications under late liberalism can be more properly explained.

It pulls in material from what many see as the still wild parts of Australia. It visits Groote Eylandt to the northeast of Arnhem Land in the Northern Territory of Australia, site of the world’s largest sea-borne manganese operation. It refers to the cattle country and defense force training grounds of the Victoria River Downs region and to country either side of Anson River at the mouth of the Daly River, both to the southwest of Darwin, capital of the Northern Territory.1 It repeatedly returns to the Anangu Pitjantjatjara Yankunytjatjara (APY) Lands of northern South Australia, where fallout from nuclear tests at Maralinga once blinded Yami Lester, the first leader of Nganampa Health Council, now Australia’s oldest remote-area community-controlled health center. And it zigzags in and out of cities, from offices in Darwin, Adelaide, Sydney, and Canberra, to homes in suburbs on the fringes of towns.

The sites are not irrelevant, and the place-specific issues they present are real. But this geographic outline is not a claim for multisited ethnography; rather, it traces the contours of a deliberately erratic fieldwork approach. Wild Policy is the product of a purposely fragmented ethnographic gleaning technique, a methodological process and framing that I call policy ecology, by which I mean both the ecology of policy environments themselves and the variegated connections that stem from and flow through the alive, inhabited worlds that policy emanates from and enters into, the coalescences between humans and multiple other forces, and the stretches of time and hauntings that help shape the capacious policy category known as “Indigenous circumstances.”

As a combined method and conceptual framing, policy ecology ducks around the analytical grappling hooks that gouge thought whenever such topics as social policy, Indigenous Australians, or development under continuing occupation are brought into view. By refusing the closure and holism suggested by bounded fieldwork, whether of a community or from a “follow a project to its conclusion” approach, I try to escape the paradigmatic enclosure of Aboriginal policy within normative, juridico-political policy frameworks.

By way of an alternative approach, in this book, policy is approached as a wild force, with all the meanings the word wild invokes. Synonyms include primitive, natural, free, savage, barbarous, deserted, fierce, neglected, rampant, overgrown, undomesticated, tangled, verdant, rude, uncivilized, uncontrolled, vicious, feral, female, and indigenous. By claiming the word to better describe the unruliness of policy unfurlings, the title of this book embraces and inverts the target of state-centered settler colonial policy (the putatively wild or dysfunctional Aboriginal people who must be tamed) to suggest a more accurate description of policy’s natural incoherence, its steady-state irrationality. When policy is considered as wild to begin with, it is no longer a stable body of rational thought whose deviations in practice might be traced as “unintended consequences.” It loses its conventional political science demarcation between policy and program, with its convenient separation of the intended from the unintended. It becomes instead what I believe it always is: an ambient saturation that works its way into and out of human and nonhuman lives, affected by forces beyond those formally acknowledged as sovereign policy agents; and a fetishized state-effect impacting lives in fragmented, inchoate, cumulative, and highly individualized ways. As a growing body of scholarship within the anthropology of policy has shown, policies have multiple genealogies and chronologies. They have dispersed and fitful starting points and becomings. They operate more organically than centrist analyses tend to allow. They are wilder.

1. There are six states in Australia, each with its own constitution, which divides each state’s government into the same divisions of legislature, executive, and judiciary as the federal government (alternately referenced as the national, federal, Australian, or Commonwealth government). There are an additional ten territories, seven of which (Ashmore and Cartier Islands; Australian Antarctic Territory; Christmas Island; Cocos (Keeling) Islands; Coral Sea Islands; Jervis Bay Territory; Territory of Heard Island and McDonald Islands) are entirely legislated for by the Commonwealth government; the two mainland territories—the Australian Capital Territory and the Northern Territory—have quasi-state powers, having each been granted limited rights of self-government under regulation by the Commonwealth. The tenth territory is Norfolk Island, which runs itself under a regional council model, but otherwise falls under Commonwealth jurisdiction. Few Australians would pass if this account were set as a citizenship test.