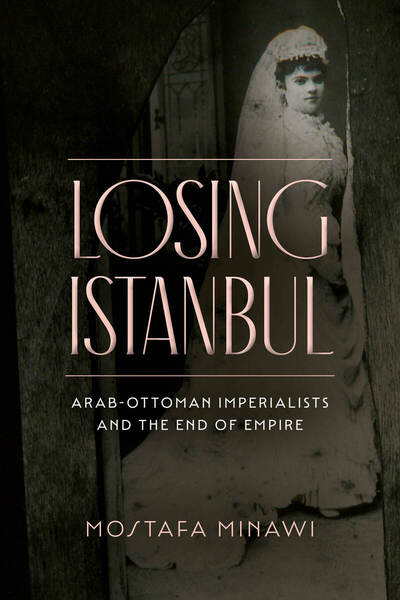 This chapter provides the reader with an introduction to the book in four ways. The first is a brief account of the political and social history of the fifty years that encompass the major events in the book, providing the opportunity to engage with recent publications in the field of Ottoman history. The second introduces the historical methodology used to research, analyze, and write this book. The third is an introduction to the concepts and tools of analysis borrowed from other disciplines, including literary studies, sociology, and anthropology. Finally, I give the reader a roadmap to the chapters with a brief summary of their content.

This chapter focuses on the path taken by Shafiq and Sadik Azmzade from their childhood homes in Damascus to their households in late nineteenth-century Istanbul. It follows them from their formative years in the post-pogrom Syria of the 1860s through their education years in Mount Lebanon, Beirut, and Istanbul in the 1870s and early 1880s and their early careers in the second half of the 1880s and early 1890s. Borrowing from sociologist Pierre Bourdieu's work, the chapter attempts to reconstruct the social spaces of Ottoman imperialists in the metropole. Along the way, it offers the reader a peek into their homes, meeting Sadik's wife Esma and Shafiq's wife Nimet in the newly established neighborhood of Teşvikiye, where class and gender segregation were practiced, and different forms of indentured domestic employment made their lifestyle affordable.

2 A Career in Empire
chapter abstract

This chapter focuses on Shafiq and Sadik's involvement in the underbelly of imperialism. It starts with a focus on the career of Shafiq in the palace and how he used his position for personal benefit. Shafiq, as a loyal imperialist, believed that the strength of the empire corresponded to his personal success and, by the same token, the wealth of the empire was his wealth. The second part of the chapter focuses on Sadik's involvement in the dark events between 1893 and 1896. This period witnessed a cholera outbreak in the more impoverished neighborhoods of Istanbul, highlighting the gap between the lives of the elite and the poor in the city. Then, in the Ottoman commission, Sadik is tasked with assessing damages after the Armenian Massacres in 1895 and 1896.

This chapter offers an alternative view of the post-1878 Ottoman defeat by the Russians. Starting in 1888 and ending in 1903, this chapter covers three events in which Sadik was involved and that played an essential role in shaping his view of the world. The first was a decade after the defeat, when a Russian grand duke and his entourage toured the Levant in what can only be described as a belated victory tour on Ottoman soil. The second was Sadik's years in Berlin and his subsequent accompaniment of the German emperor to his childhood home in Damascus. The third was Sadik's official travels in Russia and Ottoman Macedonia on behalf of the Ottoman government, witnessing first-hand the long-term impact of the Treaty of Berlin and twenty-five years' worth of unsuccessful Ottoman policies in the Balkans.

In this chapter, I perform a discursive analysis of the travelogue that Sadik penned during his mission to the Eastern Sahara. I show how he used common tropes of nineteenth-century travel writing meant to exoticize with the ultimate effect of dehumanizing the "native." Relying on the work of Homi Bhabha and Jacques Derrida, I analyze the text to show how Sadik followed a strategy that granted him the status of an outside observer who shared a frame of reference with his readers in Istanbul. His cultural and linguistic roots—Arabic speaker, Muslim, Damascene—cast a long shadow over every word he wrote about the Bedouin "other" or the "exotic" Urban. In the last section of this chapter, I shift the focus to Sadik's relative, Izzet al-'Abid, also infamously known as Arap Izzet, to delve deeper into the appellation Arab/Arap.

By 1904, Sadik had become an established member of a global class of imperialists who identified with a wide range of cultural influences, which he displayed through performative and discursive methods. Sadik negotiated a complex set of identifications with Muslims, Syrians, Ottoman imperialists, Western Europeans, and most important, what he called "Whites," which he constructed against an African other that he described in his Ethiopian travelogue. I depart from other Ottoman historians who argue that Ottomans did not attribute essentialized characteristics based on race. By 1904, eight years after his trip to the Sahara, where the focus was not on race but on cultural habits, race, and racism grew to play a substantial role in explaining what Sadik considered essential negative characteristics of black Africans and his essential superiority as a self-identified "White" man.

6 The Beginning of the End
chapter abstract

This chapter focuses on the years of Sadik's assignment as the Ottoman special commissioner to Bulgaria between 1904 and 1908. This diplomatic post was the highest he achieved, but it was also the point from which he fell, never to recover his former status in the Ottoman government. Despite the precarity of the situation in Bulgaria, Sadik's tenure as special commissioner in Bulgaria was made more difficulty by infighting between the Sublime Porte on one side and Sadik and his supporters in the palace on the other. He faced mounting challenges as the age of the palace wound down and the Azmzades of Istanbul began to lose their clout. He lost the fight and essentially ended his career, mere months before the collapse of the old regime.

This chapter catches up with Shafiq as he reinvented himself as the representative of the Province of Syria in the Ottoman parliament. Shafiq was one of the few Arab-Ottoman imperialists who recast themselves after 1908 and became leaders of an Arab-centered political party adamant about working within the system to fight against what they saw as an anti-Arab program in Istanbul. He lasted less than four years, during which he endured public attacks questioning his loyalty to the empire, his personal life, and his recent past as a palace man. The infamous military governor of the Levant during the war was responsible for the execution of Shafiq, turning him into a hero in Arab historiography and a traitor in Turkish nationalist historiography.

In this concluding chapter, I address the aftermath of the end of this generation of Arab-Ottoman imperialists. What fate befell their children and grandchildren during the Great War? Where did they end up, and how did the Azmzades transform themselves after the dissolution of the Ottoman Empire? I then summarize some of the main analytical and methodological points of the book and propose new approaches to the research and writing of experiential Ottoman history, particularly considering the historical times we live in, as we experience significant shifts in the global world order that was arguably established at the end of the First World War.