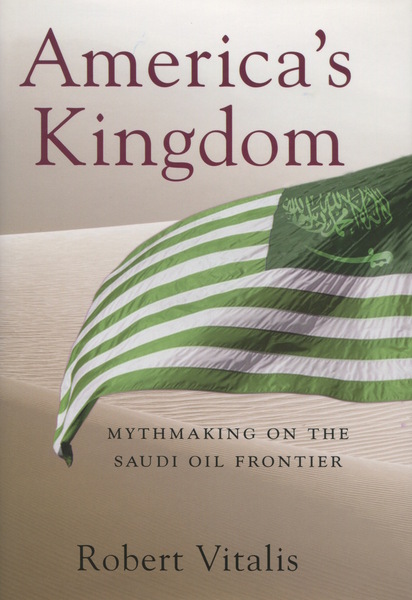 America's Kingdom debunks the many myths that now surround the United States's "special relationship" with Saudi Arabia, or what is less reverently known as "the deal": oil for security. Taking aim at the long-held belief that the Arabian American Oil Company, ARAMCO, made miracles happen in the desert, Robert Vitalis shows that nothing could be further from the truth. What is true is that oil led the U.S. government to follow the company to the kingdom. Eisenhower agreed to train Ibn Sa'ud's army, Kennedy sent jets to defend the kingdom, and Lyndon Johnson sold it missiles. Oil and ARAMCO quickly became America's largest single overseas private enterprise.

Beginning with the establishment of a Jim Crow system in the Dhahran oil camps in the 1930s, the book goes on to examine the period of unrest in the 1950s and 1960s when workers challenged the racial hierarchy of the ARAMCO camps while a small cadre of progressive Saudis challenged the hierarchy of the international oil market. The defeat of these groups led to the consolidation of America's Kingdom under the House of Fahd, the royal faction that still rules today.

This is a gripping story that covers more than seventy years, three continents, and an engrossing cast of characters. Informed by first hand accounts from ARAMCO employees and top U.S. government officials, this book offers the true story of the events on the Saudi oil fields. After America's Kingdom, mythmakers will have to work harder on their tales about ARAMCO being magical, honorable, selfless, and enlightened.

Robert Vitalis is Associate Professor of Political Science at the University of Pennsylvania. He is author of When Capitalists Collide: Business Conflict and the End of Empire in Egypt (1995) and co-editor of Counter-Narratives: History, Contemporary Society, and Politics in Saudi Arabia and Yemen (2004).

"America's Kingdom comes as a pleasant surprise... a scholarly and readable book on the interaction between Saudi society and Aramco, the US oil giant that had its beginnings when the Saudi government granted its first concessions to Standard Oil of California in 1933. Combining history with political anthropology, Vitalis sheds a bright light on the origins and less savory aspects of the Saudi-US relationship."

"America's Kingdom: Mythmaking on the Saudi Oil Frontier by Robert Vitalis is a devastating critique of the oil giant Aramco and how strike-breaking and racism cemented the US-Saudi relationship."

"Robert Vitalis makes us see the world in new ways. Arguing that the American imperial tradition reflects less a classic expansion of sovereignty than a volatile mix of private business and institutionalized racism, he documents the export of this tradition from the American West to the Arabian Peninsula, where it formed the crucible in which the modern state of Saudi Arabia was born. No one will understand Saudi Arabia—or the United States—in quite the same way after reading this book."

"There are a lot of books written on the history of oil. Most are sensationalist, simplistic, and basically wrong. America's Kingdom is sobering, smart, and exceedingly hard to fault. I now understand why ARAMCO is what it is today: the most capable national oil company in the world, still the largest, and the only hope against an energy crisis in the near future. It's a delicious read for those of us who spend too much time obsessed by the world of oil."

"This excellent book makes big arguments about Saudi Arabia, Saudi-American relations, and the myth of American exceptionalism. It is particularly trenchant in putting paid the conventional wisdom about ARAMCO and its role in Saudi Arabia. Henceforth, no one can make serious arguments about these topics without reference to this book."

"Robert Vitalis has written the single most important book on the U.S.-Saudi relationship. Here is the story carefully excluded from Aramco and even scholarly accounts—bitter labor clashes, stubborn company opposition to training and promoting Arabs, and the same harsh Jim Crow order that had always characterized extractive frontiers in the western hemisphere—written with the words of the very people who helped to invent and sustain Aramco's fable. In dismantling it, Vitalis also takes aim at the exceptionalist myths that Americans love to tell about their place in the world. He provides a crucial service at a time when those myths are being invoked again."

—Nathan J. Citino, Author of From Arab Nationalism to OPEC: Eisenhower, King Sa'ud, and the Making of U.S.-Saudi Relations

"Vitalis takes a revisionist look at U.S. corporate involvement in the founding of Saudi ARAMCO (the Saudi's took control of the firm in 1980) and ARAMCOís racial hierarchies, which are similar to those existing in the oil and minefields of the United States. While ostensibly writing a work of political science, Vitalis has crafted a narrative that fits in well with the recent trend of giving U.S. history international context."

"America's Kingdom is a fascinating exercise in what Vitalis refers to as "reverse-engineering," the power of such myths and the process of their construction, a process driven by corporation magazines, popular histories and even the reporting of major newspapers."

"This study stands as a powerful indictment of one instance of untrammeled corporate American misalliance and malfeasance."

"If good historiography is about unveiling hidden connections, then America's Kingdom must stand among the best that the discipline has to offer... The book presents a wealth of previously unknown facts and anecdotes, is written more wittily than any other Saudi-related book, and is meticulously referenced, drawing on sources from eight different (American) archives."

"Groundbreaking is a word too often used in assessing historical scholarship. Yet its application to Robert Vitalis's book is nothing less than a necessity. The result of painstaking research in not only heretofore unused but previously unknown records, the book makes a major contribution to a variety of fields: international history, U.S.-Saudi relations, business history, American race history, and more... Solidly grounded in both archival materials and multidisciplinary insights, his study transforms our understanding not only about ARAMCO in Saudi Arabia but also about the transplantation of American society abroad. Those seeking to explain the present U.S. place in the world should consider it essential reading."

"A brilliant, original, and stimulating book,America's Kingdom rewrites the history of America's relationship with Saudi Arabia. Placing the relationship in a wider context of U.S. business interests abroad, Vitalis offers a radically new view of the motives and methods that shaped America's decisive encounter with the Arab world." 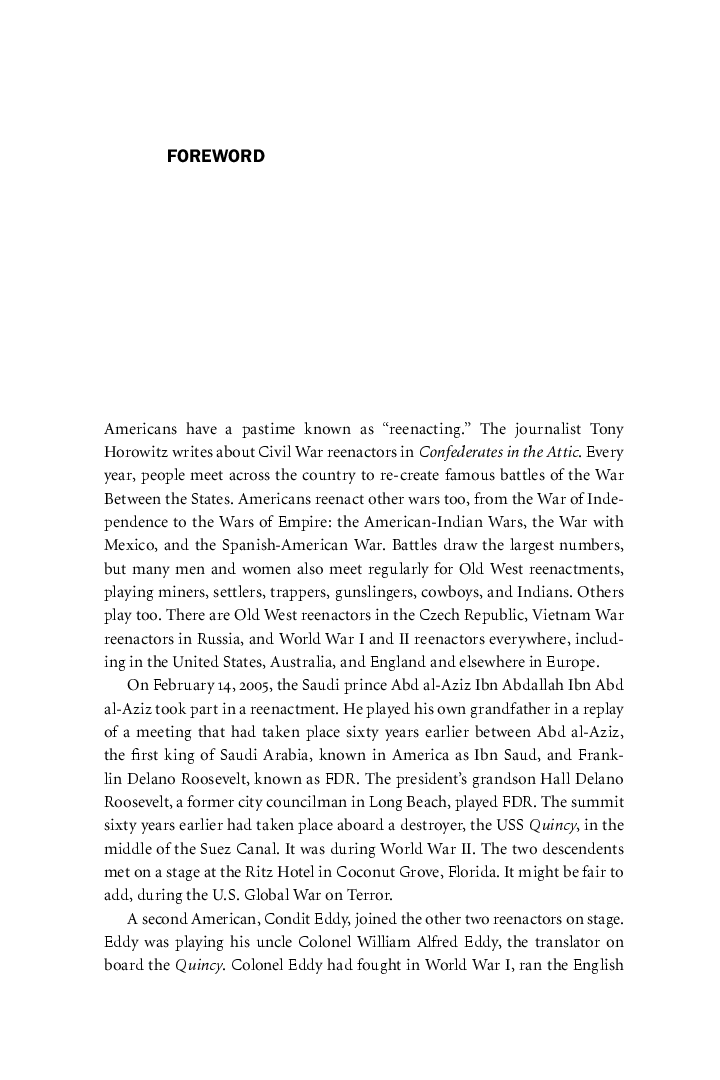 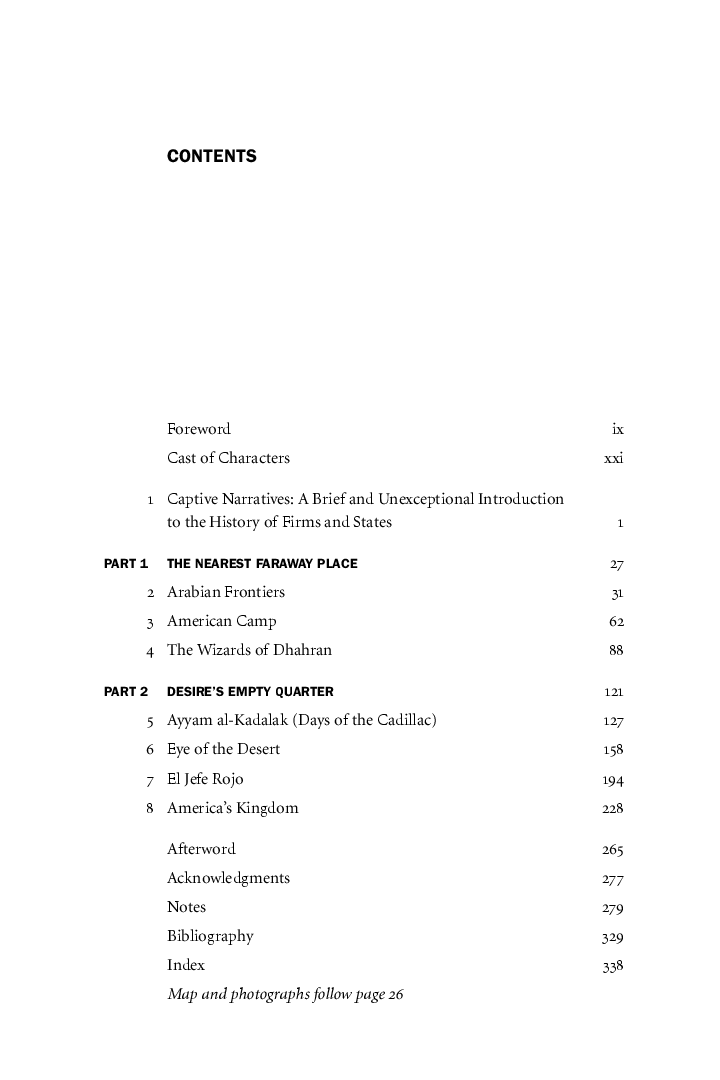