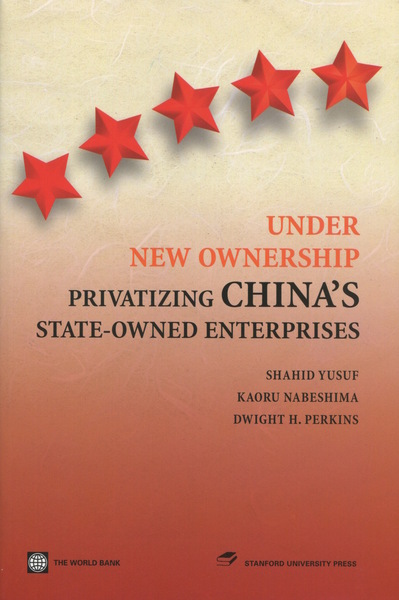 Although the relative size of the public sector has been much reduced worldwide since the early 1980s, it remains the dominant borrower from the banking system and responsible for the majority of the non-performing assets of banks. Drawing upon new firm-level survey data, this volume assesses how changes in the ownership structure of SOEs affect management, governance, innovation, and performance, comparing these SOEs to other types of firms in China. It also considers China's reform efforts against the experiences of other transition economies. The research reveals that the medium- and longer-term gains from privatization far outweigh costs of adjustment and that the precise mechanics of privatization have little effect on outcomes. The volume argues that privatization of large industrial SOEs and market-based consolidation of small- and medium-sized enterprises will be necessary to transform them into competitive and innovative world-class firms. Chapters include: China's Industrial System: Where is it, Where it Should be Headed, and Why; Reform in China, 1978-1997; The Accelerated Change in Enterprise Ownership, 1997-2003; Chinese Ownership Reform in the East European Mirror; Empirical Evidence on the Effect of SOE Reform in China; and Making Privatization Work.

"Under New Ownership provides an excellent overview and analysis of previous studies focused on the outcomes of state-owned enterprise reform and provides a new set of data with interesting and surprising results."

"It is essential reading for anybody interested in understanding the privatization issue in China as well as in transition economies."