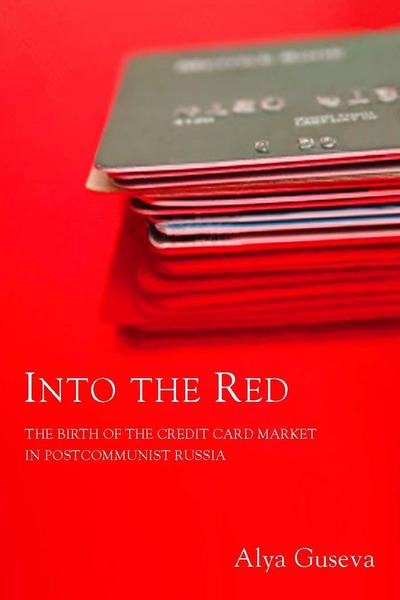 Into the Red explores the emergence of a credit card market in post-Soviet Russia during the formative period from 1988 to 2007. In her analysis, Alya Guseva locates the dynamics of market building in the social structure, specifically the creative use of social networks.

Until now, network scholars have overlooked the role that networks play in facilitating exchange in mass markets because they have exclusively focused on firm-to-firm or person-to-person ties. Into the Red demonstrates how networks that combine individuals and organizations help to build markets for mass consumption. The book is situated on the cutting edge of emerging interdisciplinary research, linking multiple layers of analysis with institutional evolution. Using an intricate framework, Guseva chronicles both the creation of a credit card market and the making of a mass consumer. These processes are placed in the context of the ongoing restructuring in postcommunist Russia and the expansion of Western markets and ideologies through the rest of the world.

Alya Guseva is Assistant Professor of Sociology at Boston University. Her work explores the role of networks, institutions, and culture in the development of mass financial markets in the postcommunist world.

"The book makes an important contribution to literature on globalization and the impact of the market economy. Her analysis of consumers, banks and credit agencies is made even more significant in light of the way in which unmanageable debt appears so closely linked to the current global economic collapse."

"Guseva's clear and accessible account of the Russian experience, based on both written sources and semi-structured interviews that she conducted in Moscow between 1998 and 2005, should hold great appeal. Other readers will likely enjoy the book for the historical perspective and organizational insights it provides into the financial instrument whose use is so widespread—and whose function so central—in economies like that of the U.S. that its existence is simply taken for granted."

"Guseva's excellent study of the credit card market in Russia reaffirms the argument against the free market approach to changes taking place in Russia. Markets are not established as a result of announcements, but rather as a process requiring the co-development of necessary institutions, Guseva reminds the reader. ... The clear, persuasive writing style entails some prior knowledge of economic sociology."

"Alya Guseva proves herself as a serious scholar matching intellectual depth with careful detail. Analysis of market creation and institutional emergence demands the fieldwork and creativity that few like Guseva displays. Into the Red will make a significant contribution to institutional change and market creation in general, in emerging markets, and, especially, in postcommunist countries."

"Alya Guseva's excellent book Into the Red represents the first full-length scholarly analysis of postcommunist credit card markets. Drawing on unique and extensive field research in Russia, Guseva convincingly demonstrates why the Russian credit card market has evolved so differently from that of the United States and other capitalist economies. I highly recommend it for anyone interested in gaining a deeper understanding of contemporary postcommunist financial systems."

"This timely and stimulating book sheds light on the organizational and social origins of credit, not just in Russia but around the world. Anyone with an interest in how credit economies work will want to read Into the Red."

"If you think that globalization rapidly and inexorably converts people everywhere into eager consumers and that the availability of ready credit automatically drags consumers into crippling debt, read Alya Guseva's absorbing study of Russian credit card markets for quite a different view. In Guseva's rich, thoughtful study, it turns out that making risky markets requires serious social engineering to bring lenders, borrowers, and merchants into reliable relations of trust. Here a close analysis of a complicated economic process yield insights into social change."

—Viviana A. Zelizer, Princeton University, author of The Purchase of Intimacy

"Guseva's masterful account of the emergence of the Russian credit card market is as illuminating as it is provocative, and it will surely be a must-read for those who have an interest in how the dynamics and institutions of credit interact in a capitalist economy." 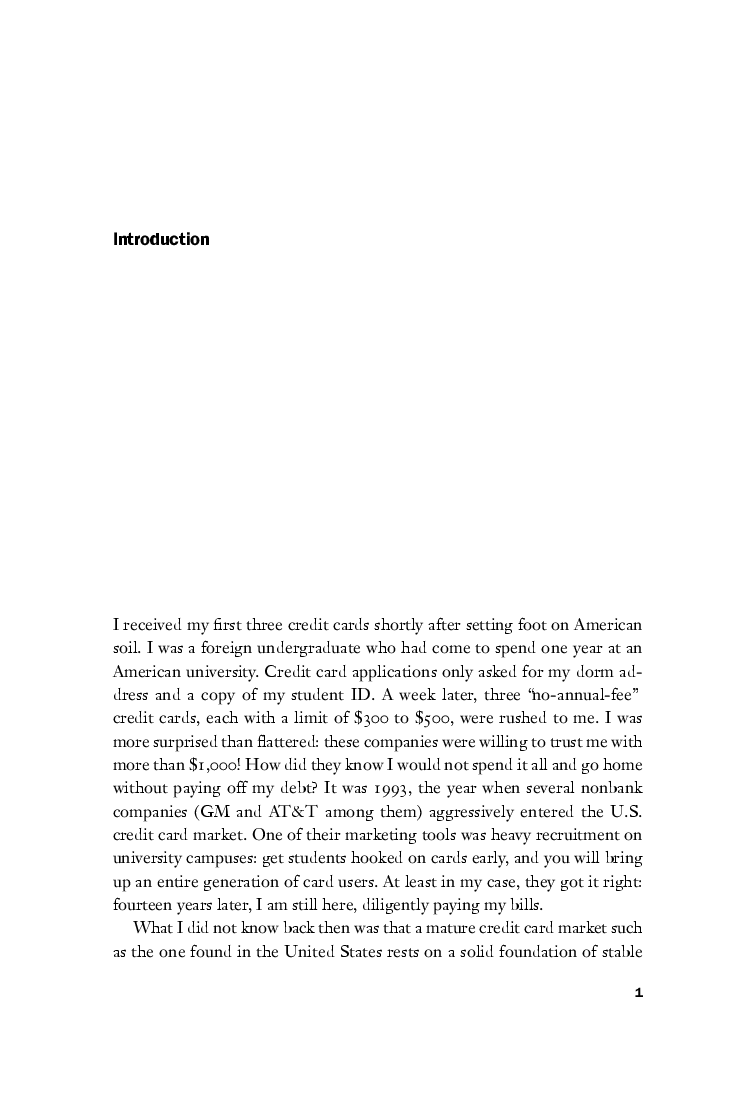 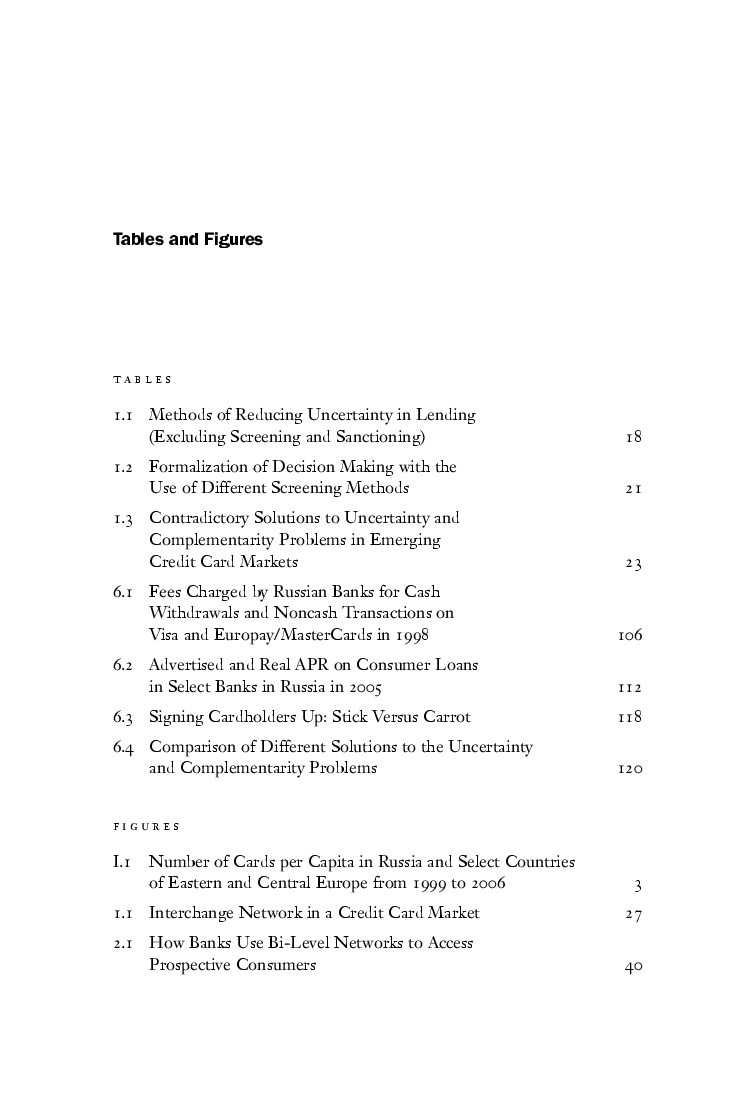 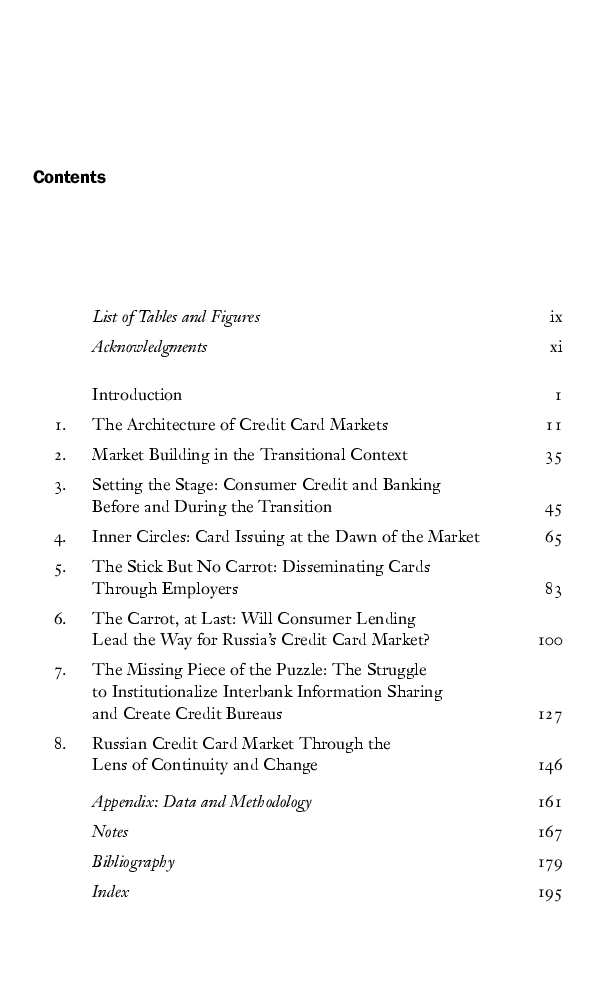