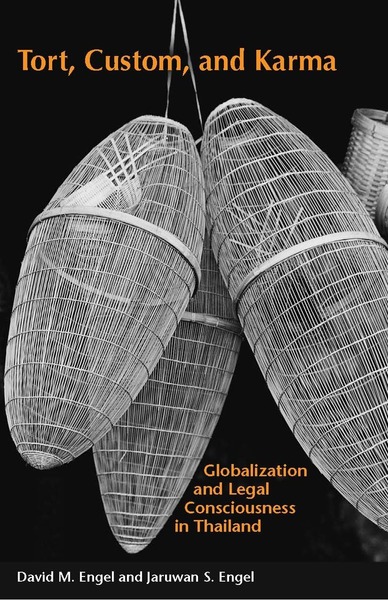 Honorable Mention in the 2011 Herbert Jacob Prize, sponsored by the Law and Society Association.

Diverse societies are now connected by globalization, but how do ordinary people feel about law as they cope day-to-day with a transformed world? Tort, Custom, and Karma examines how rapid societal changes, economic development, and integration into global markets have affected ordinary people's perceptions of law, with a special focus on the narratives of men and women who have suffered serious injuries in the province of Chiangmai, Thailand.

This work embraces neither the conventional view that increasing global connections spread the spirit of liberal legalism, nor its antithesis that backlash to interconnection leads to ideologies such as religious fundamentalism. Instead, it looks specifically at how a person's changing ideas of community, legal justice, and religious belief in turn transform the role of law particularly as a viable form of redress for injury. This revealing look at fundamental shifts in the interconnections between globalization, state law, and customary practices uncovers a pattern of increasing remoteness from law that deserves immediate attention.

David M. Engel is SUNY Distinguished Service Professor at the Law School of the University at Buffalo. His most recent book is Fault Lines: Tort Law and Cultural Practice (Stanford, 2009).

Jaruwan S. Engel is an author, Thai language instructor, and translator, and was formerly Lecturer and Coordinator of the Thai Language Program at the University at Buffalo.

"David Engel and Jaruwan Engel make an important contribution to the field of sociolegal studies in this outstanding, concise volume that traces the retreat of law in the face of rapid social change in Chiang Mai . . . The book's insights into the relationship between community-based and state-based resolution of disputes are particularly valuable . . . [T]he Engel's scholarship will enlighten students of law and society across disciplines and belongs in every sociolegal collection . . . Essential."

"This beautifully written book was co-authored by two distinguished experts on law and society in Thailand . . . The book is a powerful voice in area studies. It admirbly engages in the globalization debate from the perspective of the ordinary people's everyday experience . . . Tort, Custom, and Karma is a welcome addition to the literature."

"This is a brilliant and artful account of the dwindling of law in contemporary Thai life. It presents a formidable challenge to the widespread expectation that globalization will be accompanied by enlarged reliance on increasingly similar law."

"The Engels explore the effects of globalization on the legal consciousness and concepts of justice of northern Thais through interview with injured persons in Chiangmai during the 1960s and 1970s and then in the 1990s . . . They use this framework to evaluate how globalization and modernization have affected conceptions of injury, causation, remedies, and justice and provide suggestions as to how this research may be extended to broaden our sociolegal understanding."Shad Kidd, Religious Studies Review

"This beautifully clear book reveals how globalization has torn the webs of locally based legal and religious dispute resolution systems without putting anything in their place. The result, for many accident victims, is a reemphasis on religious ways of making sense of and responding to accidents, rather than a focus on the law and compensation. This empathetic presentation of another worldview is truly exemplary."

"This book raises unexpected and disturbing questions regarding the impact globalization may have on religion, society and the legal cultures with which it interacts. It exposes issues that cry out for further exploration, not only in Thailand and other areas of Southeast Asia, but far beyond as well." 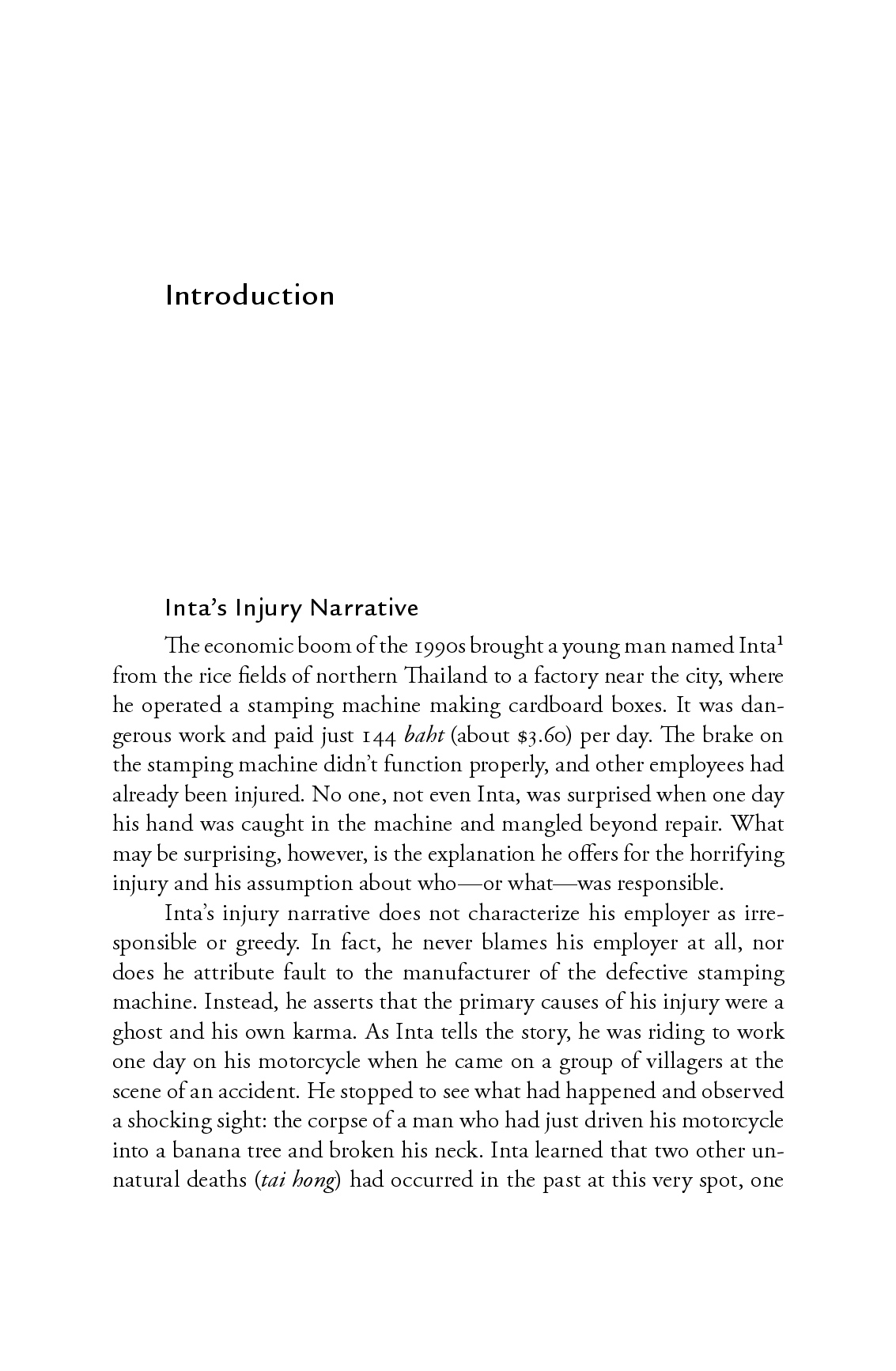 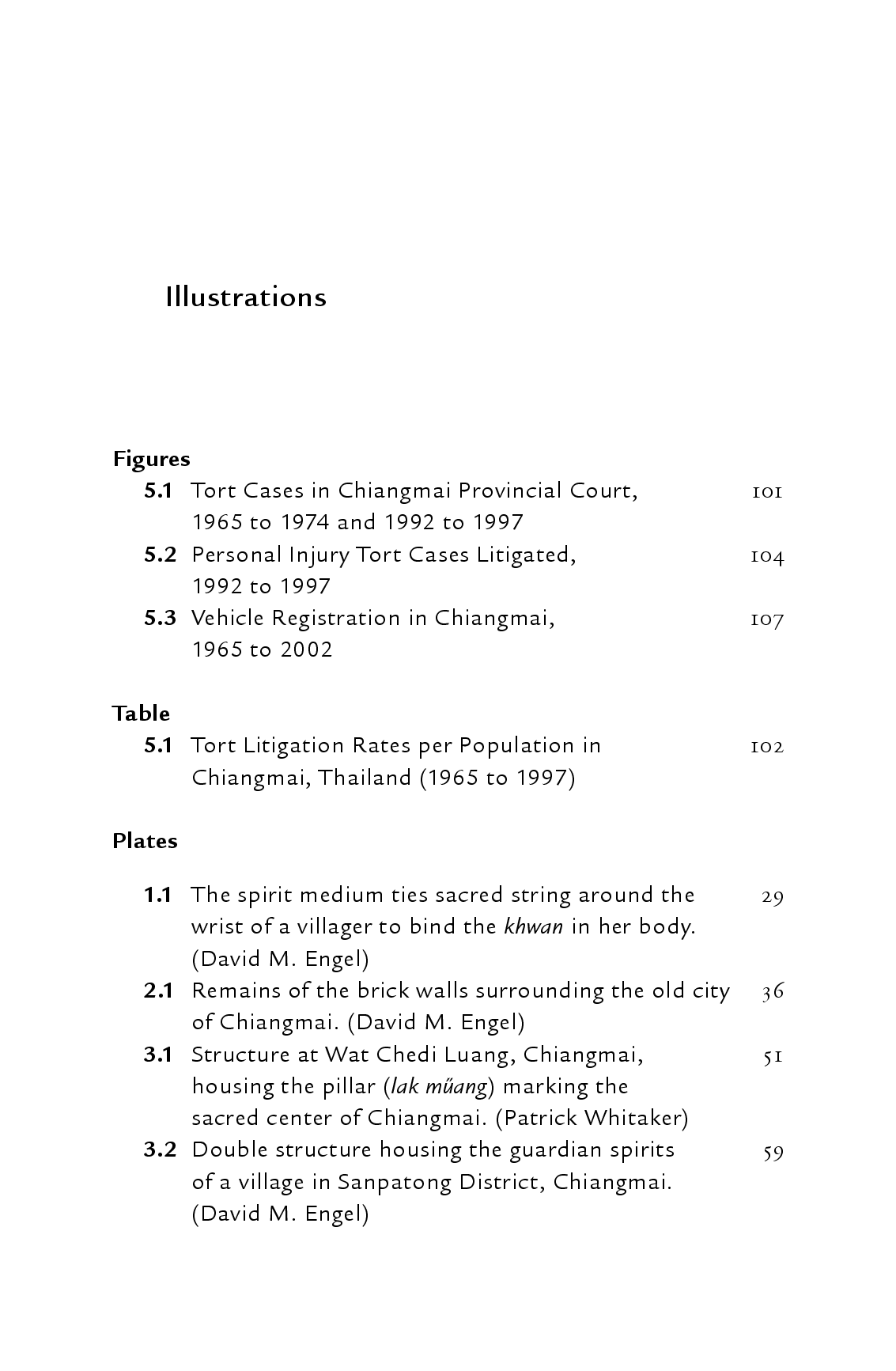 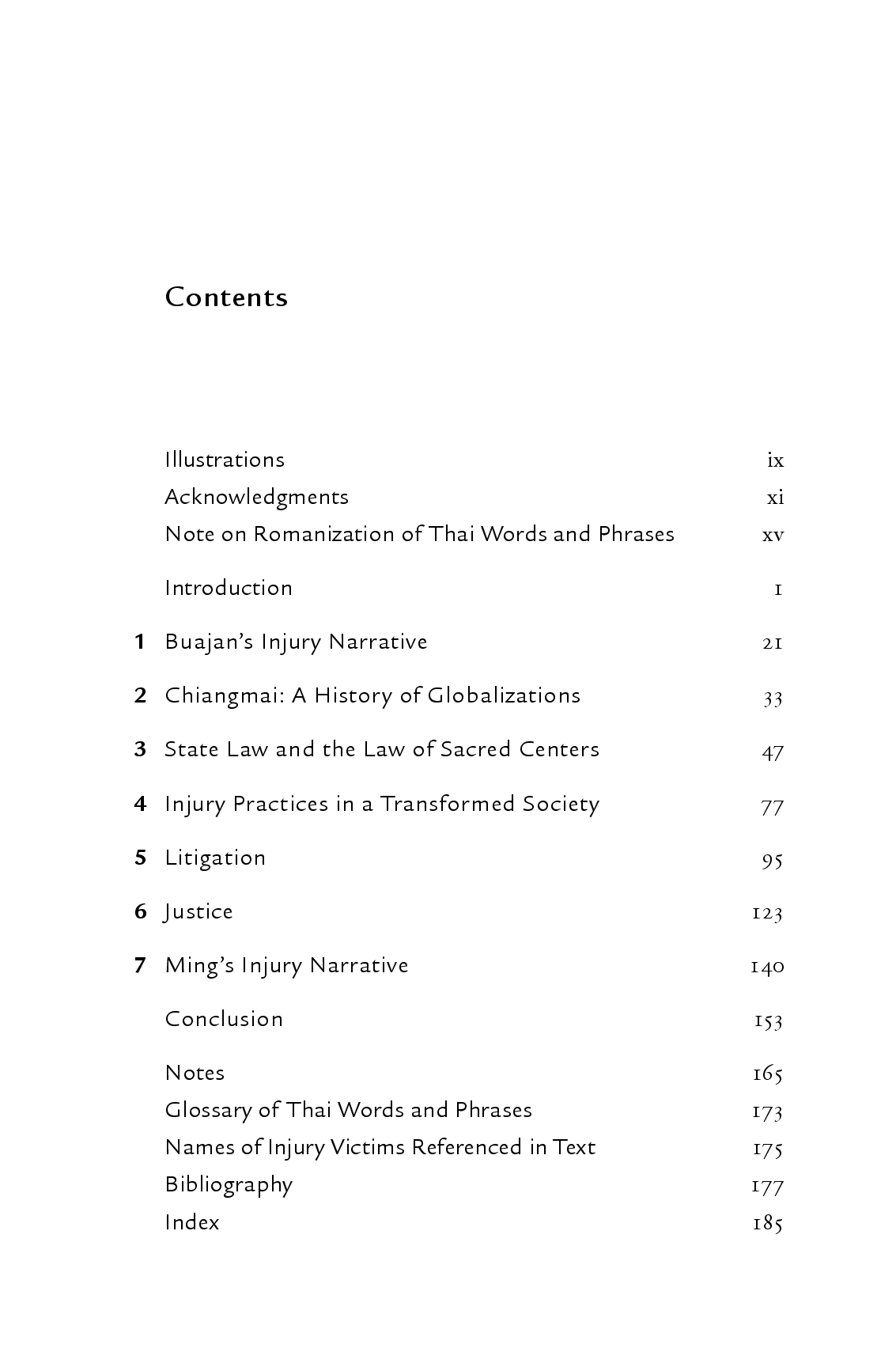