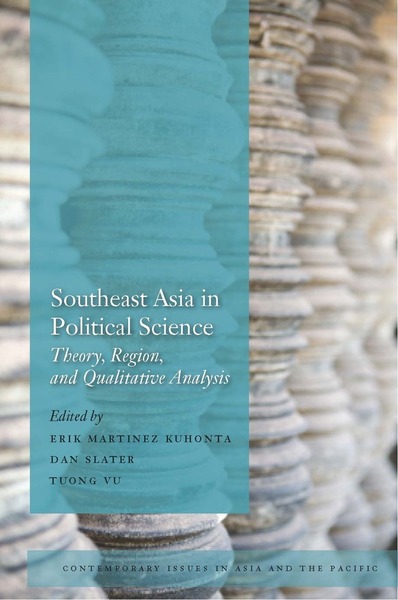 This book argues that Southeast Asian political studies have made important contributions to theory building in comparative politics through a dialogue involving theory, area studies, and qualitative methodology. The book provides a state-of-the-art review of key topics in the field, including: state structures, political regimes, political parties, contentious politics, civil society, ethnicity, religion, rural development, globalization, and political economy. The chapters allow readers to trace the development of Southeast Asian politics and to address central debates in comparative politics. The book will serve as a valuable reference for undergraduate and graduate students, scholars of Southeast Asian politics, and comparativists engaged in theoretical debates at the heart of political science.

"[Southeast Asia in Political Science] is an excellent starting point for reinvigorating long-neglected debates about poverty and equity in Southeast Asia. It is theoretically and historically sophisticated, contains a wealth of information about social policy in Southeast Asia that is otherwise hard to access, and sets out some provocative ideas that deserve to be taken up and debated by scholars of Southeast Asian political economy from a wide range of theoretical perspectives."

"Southeast Asia in Political Science is successful on several grounds . . . the quality is high throughout, expertly edited for coherence and continuity. Invaluable for scholars of Southeast Asia, the volume also reaches out to scholars of other regions and comparative political scientists more broadly who might examine this book to reflect on the relationship between region, theory, and method and learn what Southeast Asia has to offer."

"The scholarship here is excellent. These people know their region and its literature cold. This collection demonstrates the potential of qualitative Southeast Asian area studies to contribute to the broader accumulation of knowledge in political science, including the development of disciplinary theory."

"This collection consists of elegantly written, carefully crafted, intelligent, and interesting essays that will be of enormous value to scholars of the politics of Southeast Asia." 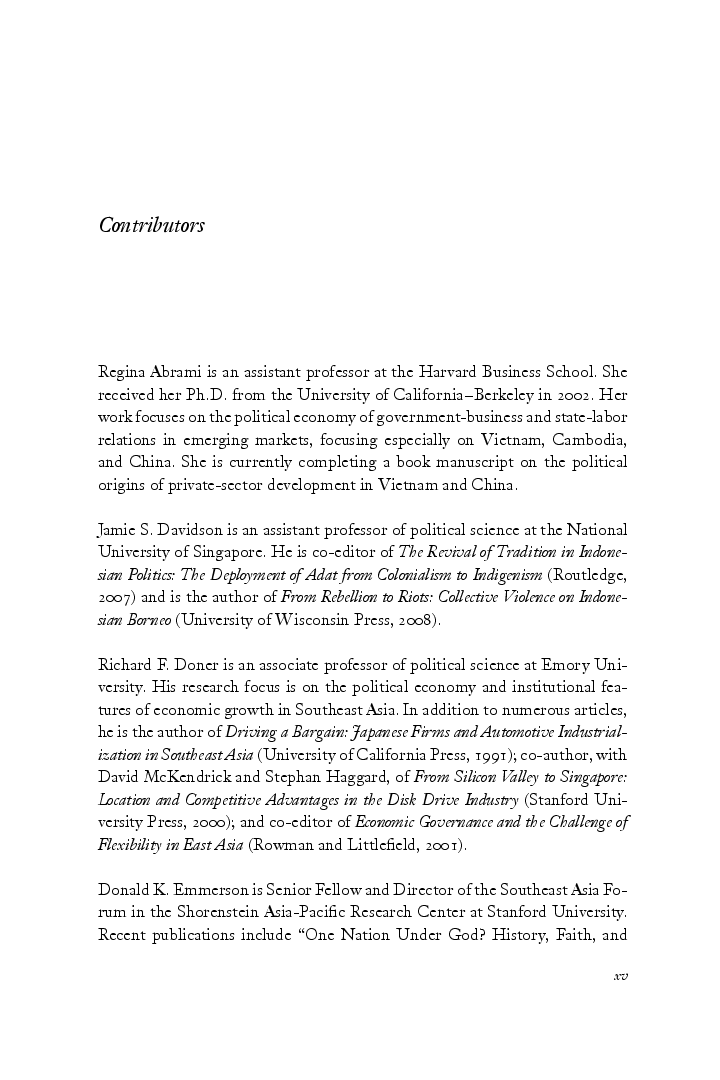 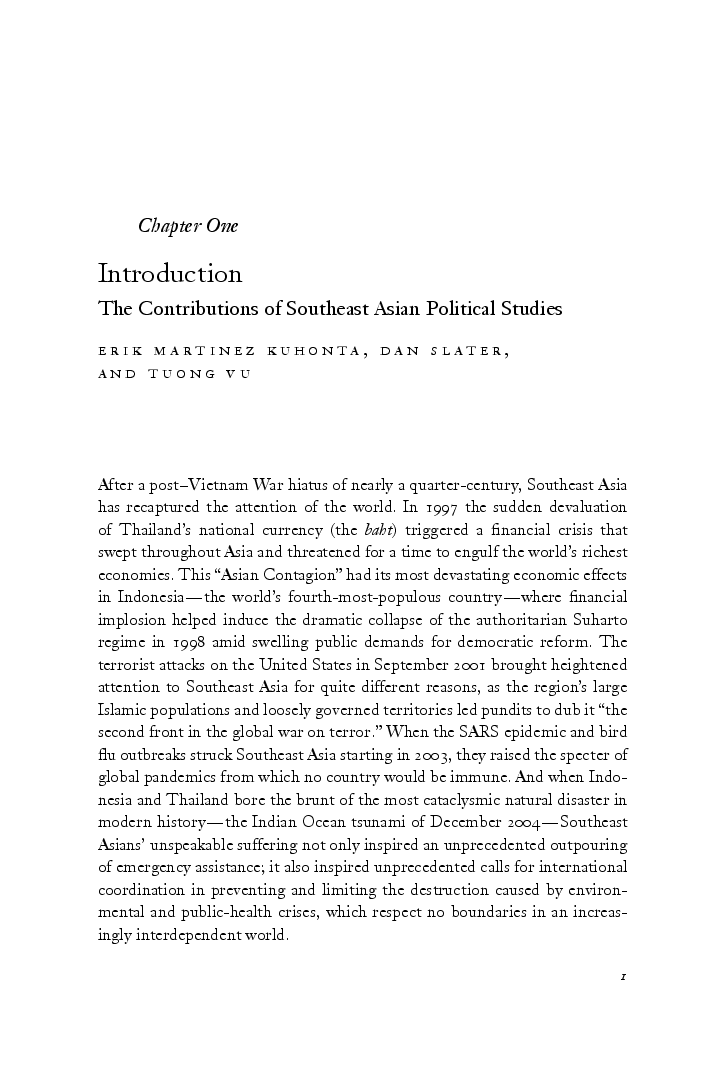 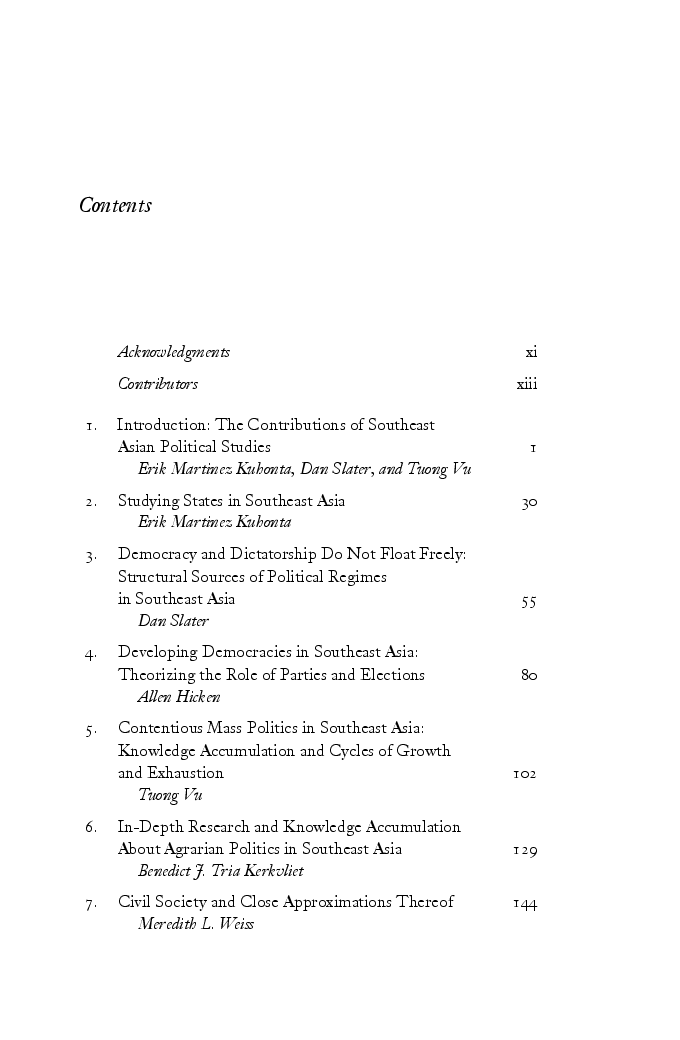