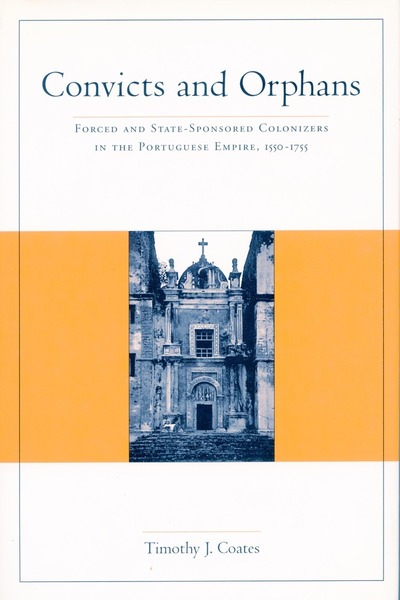 This book examines how the early modern Portuguese state used convicts and orphans to populate its global empire over a period of two hundred years. In a country with as small a population base and the global labor requirements of Portugal, no one was expendable, not even such marginal figures as criminals, gypsies, orphans, and prostitutes. The author examines how the Portuguese judicial system, Overseas Council, Courts of the Inquisition, and charities coordinated their efforts to populate border cities in Portugal during the Middle Ages, and then turned to various sites in the empire as places of exile for these elements of society. In addition, he addresses the issue of gender in the state’s use of two distinct groups of single women as colonizers, orphan girls and reformed prostitutes, each given state-awarded dowries if they agreed to relocate overseas.

We are well acquainted with this system as it was used by the British in Australia in the nineteenth century, and much work has been done on similar efforts by other imperial powers, such as France, Spain, Russia, and China, to populate remote regions of their empires. However, this is the first study of the much earlier Portuguese case, and it provides a significant link between the medieval and modern applications of penal exile.

The Portuguese state, with a population in 1600 one-sixth that of Great Britain and one-tenth that of France, exiled around 50,000 people, the same number as each of these larger powers. The punishment of exile was thus far more pervasive in Portuguese society. This work represents a new chapter in the study of exile as a punishment and the use of criminals as colonizers. It helps to explain the longevity of the Portuguese global empire as well as the growth of informal Portuguese-related communities around the world.

Timothy J. Coates is Assistant Professor of History at the College of Charleston. A Portuguese translation of this book was published in 1998 by the National Commission for the Commemoration of the Discoveries of Lisbon