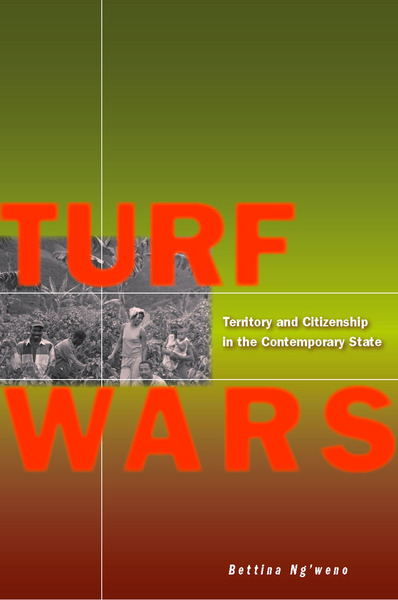 People of African descent living in the Colombian Andes had long been struggling, as peasants and workers, for political participation and equal citizenship. When the 1991 Colombian Constitution enabled them to claim territory as ethnic groups, their demands became part of a growing worldwide phenomenon of citizenship claims that are based on territory and expressed through cultural distinction.

Turf Wars looks at two such claims pursued by Afro-Colombians in the 1990s and investigates how territory serves to connect and disconnect citizen and state in the context of today's changing state authority, legitimacy, and institutions. Drawing from a detailed and rich ethnographic study of everyday Afro-Colombian life, the author underscores the centrality of territory to modern states and the consequences of legal categorizations of race and ethnicity. Though focused on Afro-Colombian struggles for political space in their country, Turf Wars also illustrates how these struggles are part of events and entities operating on a much broader global front.

Bettina Ng'weno is Assistant Professor of African and African American Studies at the University of California, Davis. Trained in anthropology and originally from Kenya, her research focuses on states and property in Latin America.

"Ng'weno's research focuses specifically on the claims to territory being made by two distinct Afro communities located in the south-western part of Colombia in the Cauca Valley .... It opens up new ways to understand better the problematic relations among the state, citizens and territory .... Ng'weno's work is therefore highly recommended."

"Turf Wars is an elegantly written and richly ethnographic look at the intersection of state formation, race, and minority ethnic status in Colombia, focusing on Afrodescendant communities in the southwest highland of Cauca."

"Bettina Ng'weno's keen appreciation of how minority citizens must balance race- and ethnicity-based identity claims makes a significant contribution to a literature that has been forced to make an either-or choice between race and ethnicity. At stake in this negotiation is Afrocolombian title to territory, itself crosscut by indigenous-Afrocolombian rivalries, elite mining contracts, a national bureaucracy that controls the transfer of disputed lands, and the presence of armed actors—both leftist guerrillas and rightist paramilitary—who covet these territories as sites of the production of illicit drugs. Ng'weno weaves together all of these strands in a convincing portrait of how conflict is lived by Colombia's ethnic citizens in the countryside."

"This study of Afro-Colombian territorial claims is fascinating on many levels As a native of Kenya, Ng'weno includes intriguing insights into constructions of race in Colombia. Packaging all this through a complex reading of the multiple dimensions of territory, states, and citizenship provides a rich, rewarding book." 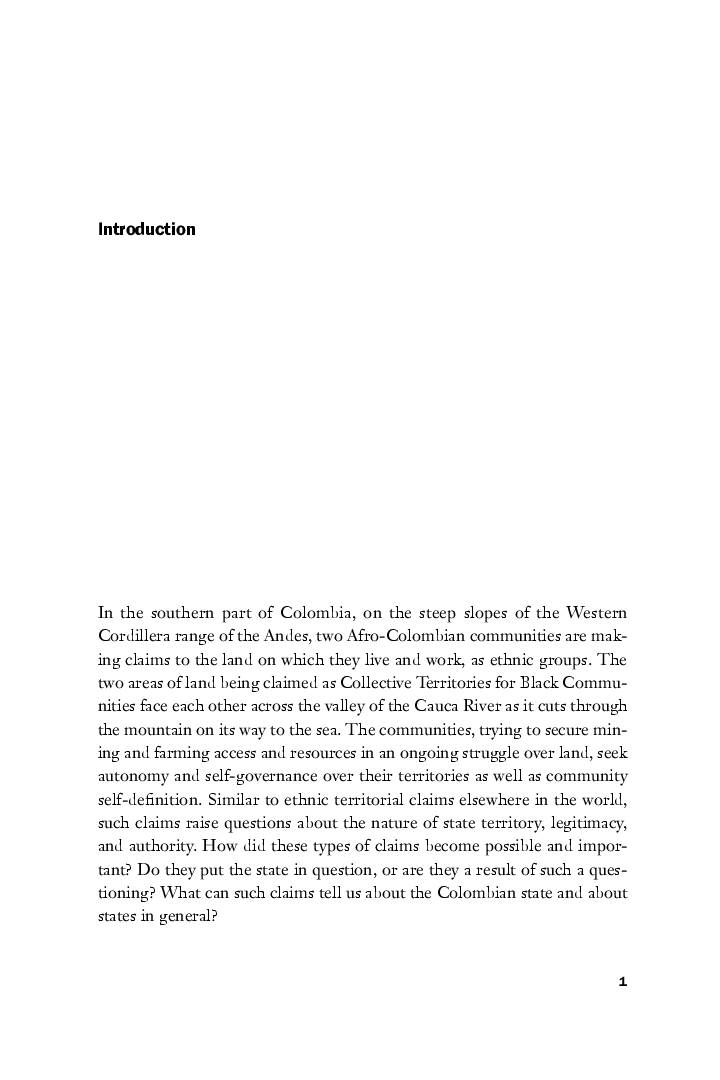 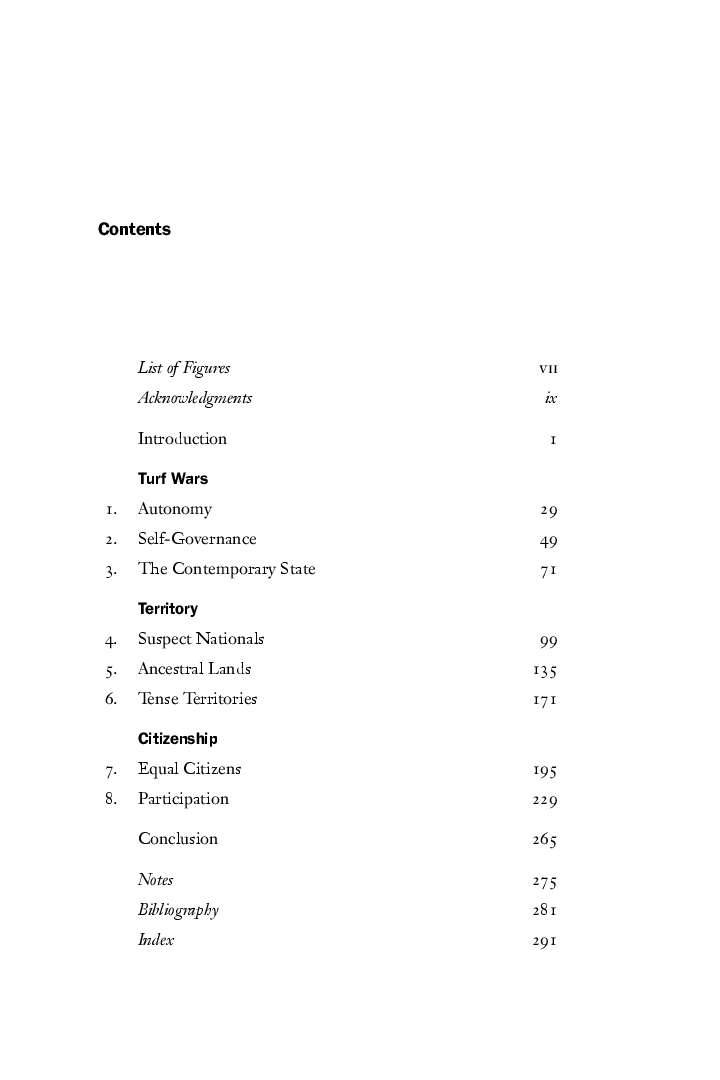