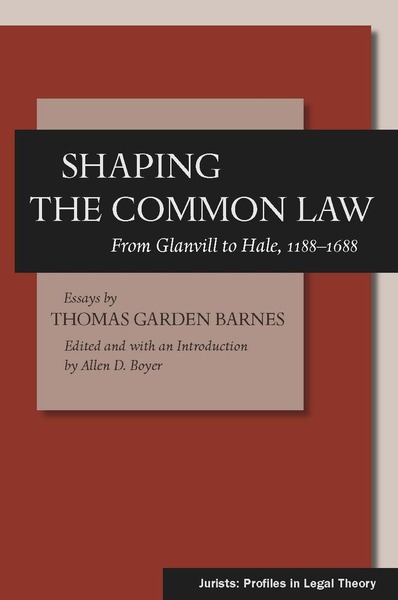 Shaping the Common Law
From Glanvill to Hale, 1188-1688
Essays by Thomas Garden Barnes Edited and with an Introduction by Allen D. Boyer
SERIES: Jurists: Profiles in Legal Theory

In a series of fifteen vivid essays, this book discusses the contributions of great common-law jurists and singular documents—namely the Magna Carta and the Laws and Liberties of Massachusetts—that have shaped common law, from its origins in twelfth-century England to its arrival in the American colonies.

Featured jurists include such widely recognized figures as Glanvill, Francis Bacon, Sir Edward Coke, and John Selden, as well as less known but influential writers like Richard Hooker, Michael Dalton, William Hudson, and Sir Matthew Hale. Across the essays, the jurists' personalities are given voice, the context of time and events made clear, and the continuing impact of the texts emphasized. Taken as a whole, the book offers a simple reverence for the achievements of these men and law books and a deep respect for the role historical events have played in the development of the common law.

Thomas Garden Barnes is Professor Emeritus of History and Law at University of California, Berkeley. He is the editor of the Legal Classics Library for the Gryphon Press. Allen D. Boyer, a lawyer in New York City, serves on the advisory board of the Yale Center for Parliamentary History and is the author of Sir Edward Coke and the Elizabethan Age (Stanford, 20

"This illuminating collection is the product of a career spent working with the texts and presenting them in the classroom, with positive results. It is consistently informative, well-written, and entertaining."

"These elegant essays explore the role of legal literature in the development of common law. Clearly written and easily intelligible, they are a very good read."

"A delightful, eloquent, and deeply learned tour of the great writers and books of English legal history! Essential reading for Americanists for whom Glanvill, Littleton, Coke, Dalton, Hale, and Magna Carta are much referenced but often less than well understood." 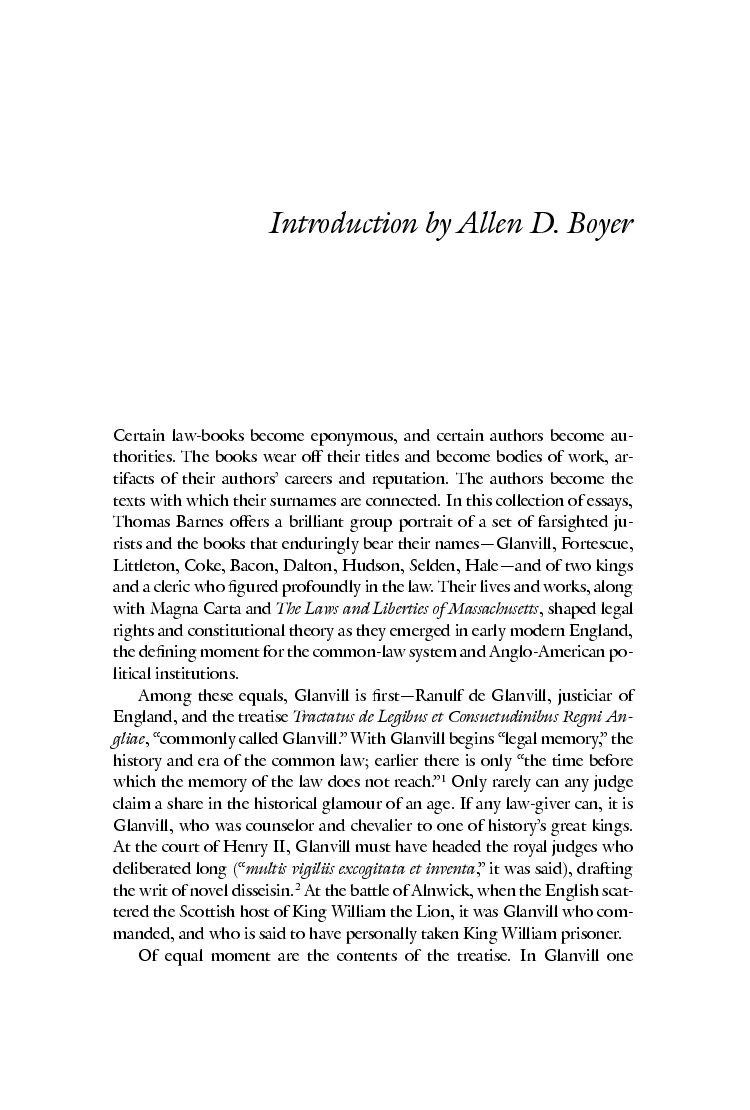 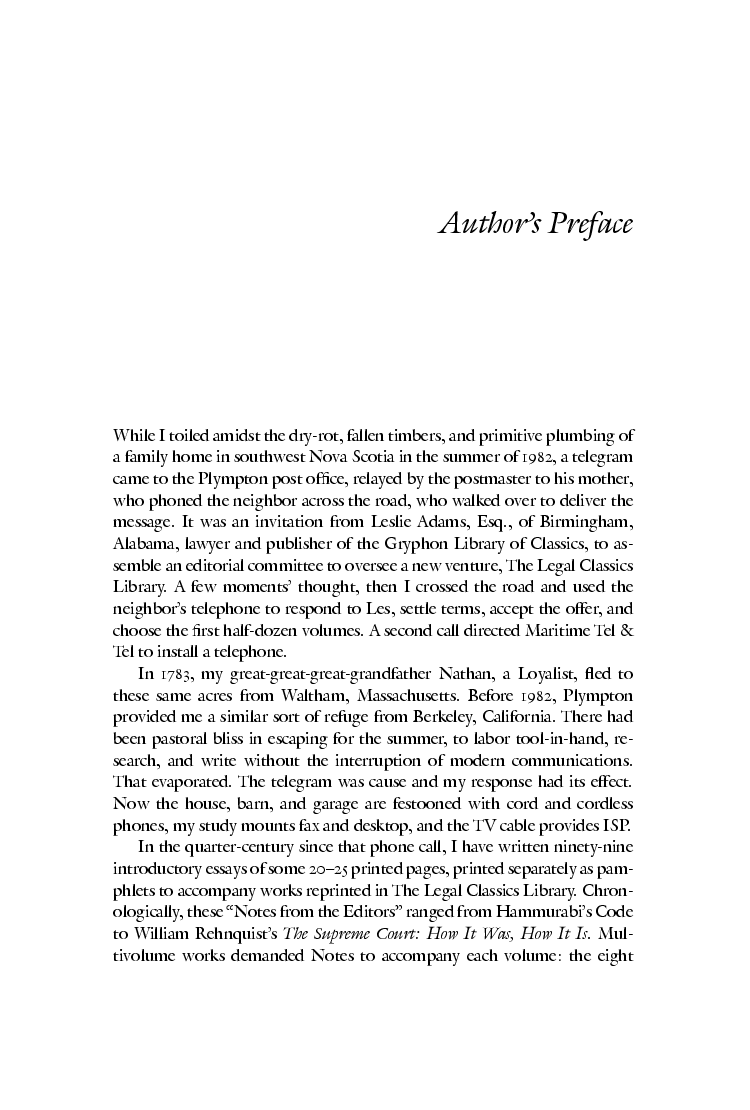 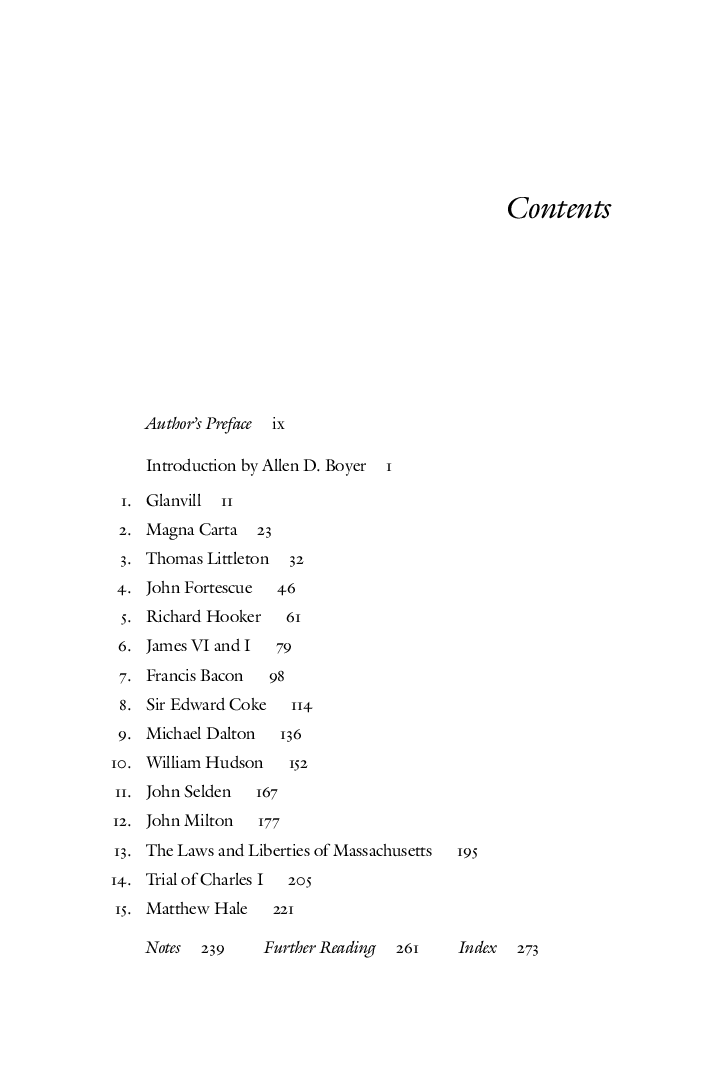