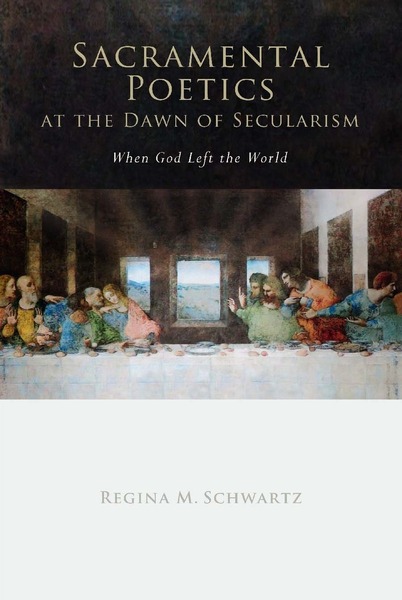 Sacramental Poetics at the Dawn of Secularism
When God Left the World
Regina Mara Schwartz
SERIES: Cultural Memory in the Present

Sacramental Poetics at the Dawn of Secularism asks what happened when the world was shaken by challenges to the sacred order as people had known it, an order that regulated both their actions and beliefs. When Reformers gave up the doctrine of transubstantiation (even as they held onto revised forms of the Eucharist), they lost a doctrine that infuses all materiality, spirituality, and signification with the presence of God. That presence guaranteed the cleansing of human fault, the establishment of justice, the success of communication, the possibility of union with God and another, and love. These longings were not lost but displaced, Schwartz argues, onto other cultural forms in a movement from ritual to the arts, from the sacrament to the sacramental. Investigating the relationship of the arts to the sacred, Schwartz returns to the primary meaning of "sacramental" as "sign making," noting that because the sign always points beyond itself, it participates in transcendence, and this evocation of transcendence, of mystery, is the work of a sacramental poetics.

Regina Mara Schwartz is Professor of English at Northwestern University, where she teaches literature, religion, and law. She is the author of Remembering and Repeating: On Milton's Theology and Poetics (1988), winner of the James Holly Hanford Book Award, and The Curse of Cain: The Violent Legacy of Monotheism (1997), which was nominated for a Pulitzer.

"Schwartz offers us a rich feast of ideas and enables us to participate in a vital conversation; I have thoroughly enjoyed consuming what she has to say, and I urge others to take the opportunity to do likewise."

"Unfailingly readable, clear and precise, Sacramental Poetics is one of the most important studies of our critical moment, allowing us to move beyond readings of early modern ritual and theatre as merely the emptied-out forms of an earlier age. Schwartz's book is an excavation of 'Cultural Memory' that not only recovers a lingering sense of loss, but also an imaginative reconfiguration in an effort to find a just and meaningful world."

"Sacramental Poetics is a significant contribution not only to sacramental theology, liturgical history and literary studies . . . but also stands as a fine example of interdisciplinary scholarship."

"Schwartz's compelling and brilliant demonstration will certainly deeply modify our appreciation of mysticism in Modernity, in literature as well as in philosophy—and even in theology."

"Written without technical jargon, this study will be an important resource not only for the students of Shakespeare, Milton, Donne, and George Herbert, but also for those interested in philosophy, theology, political theory, and the modern cultural heritage of the West."

"Many others have studied this movement from ritual to the arts, from the sacrament to the sacramental, but rarely with the literary sensitivity shown here." 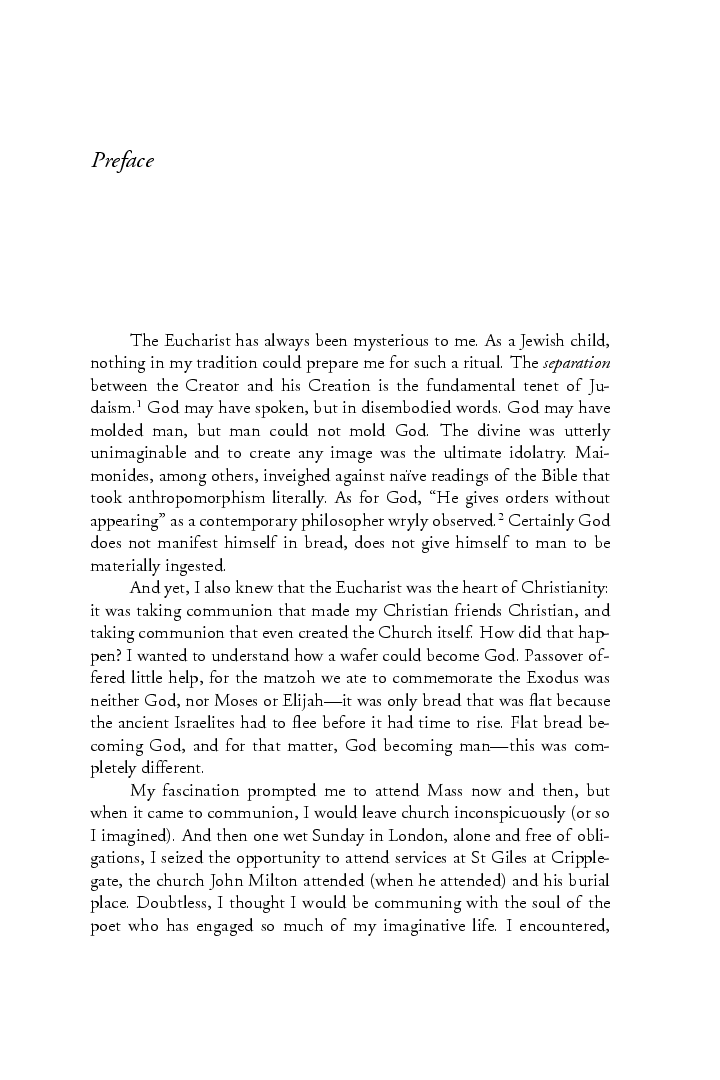 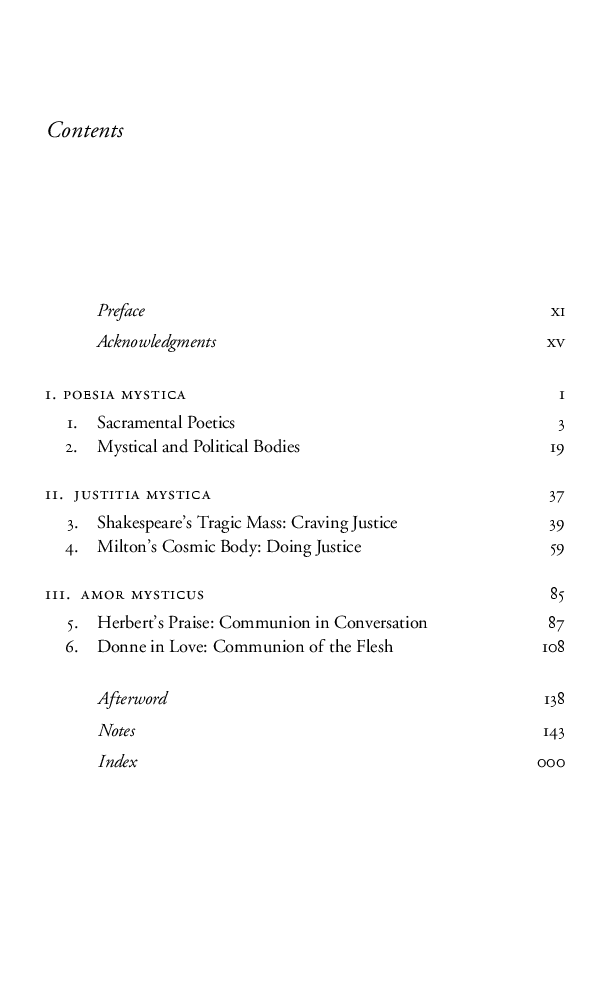 More in Religion—Philosophy of Religion