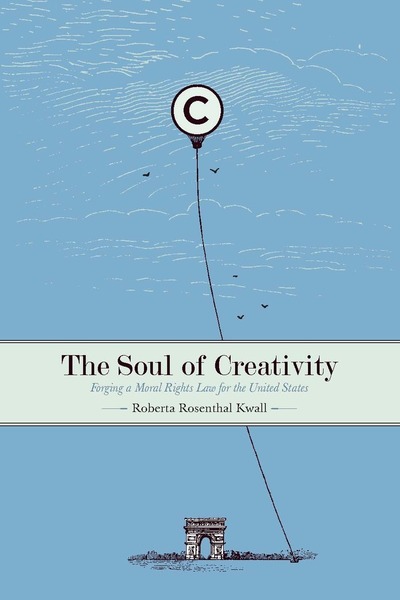 In the United States, human creativity is historically understood to be motivated by economic concerns. However, this perspective fails to account for the reality that human creativity is also often the result of internal motivations having nothing to do with money. This book addresses what motivates human creativity and how the law governing authors' rights should be shaped in response to these motivations.

On a practical level, it illustrates how integrating a fuller appreciation of the inspirational dimension of the creative process will allow us to think more expansively about legal protections for authors. Many types of creators currently lack the legal ability to compel attribution for their work, to prevent misattribution, and to safeguard their work from unwanted modifications. Drawing from a number of diverse sources, including literary, philosophical, and religious works, this book offers real solutions for crafting legal measures that facilitate an author's ability to safeguard his or her work without entirely sacrificing the intellectual property policies in practice in the United States today.

"American copyright law attempts to strike a balance between protecting author's rights and preserving the public domain. In an insightful new book, Professor Roberta Rosenthal Kwall offers a new perspective to this ongoing conversation . . . This engaging book will undoubtedly encourage people to reconceptualize author's rights in a more holistic fashion."

"Professor Roberta Kwall's book brings together a wealth of academic literature and case law analysis to make the argument for a more fully developed and rounded moral rights regime in the United States."

"The Soul of Creativity would be a welcome addition to any intellectual property firm's library. [Also recommended] for all academic law libraries, as their faculty and students will find it a unique and valuable addition to the more standard copyright fare."

"Far beyond a purely legal study, Roberta Rosenthal Kwall, in a truly interdisciplinary fashion, analyzes philosophical, psychological, cultural and, yes, theological reasons why authors, even in our postmodern world, merit protection of their moral or spiritual interests."

"Roberta Kwall is one of our country's leading advocates for bringing Continental European moral rights—the legal protection of authors' expressive autonomy and personal connectedness with their creative work—into US copyright law, a regime steeped in a utilitarian understanding that too readily overlooks the noneconomic aspects of creation and expression. In this lucid and eloquently argued book, Kwall presents a clarion call for recognizing moral rights and a nuanced, concrete blueprint for how they might be adopted in the United States in a manner consonant with our copyright and free speech traditions."

"Roberta Kwall's new book on moral rights is a definitive treatment of the subject as well as a splendid addition to the literature on intellectual property. Kwall brings to her undertaking an impressive mastery of the complex tensions that can arise when a work of art lodges in the hearts and minds of the public. How much public recognition is an artist entitled to expect? And what is to be done when public appropriation and the passage of time result in threats to debase, degrade or even to destroy the original work or the reputation of its creator? Whether in the United States or abroad, answers to questions like these can often seem murky and uncertain. Kwall's responses, which are addressed primarily to changes she sees as necessary in American law, are nevertheless also carefully considered against a background of international conventions. She advances her proposals gently, respectfully, fairly, and powerfully. The result is a creative work in its own right, and one that (like its author) deserves the fullest recognition."

"Professor Kwall's book is a breakthrough in the theory of intellectual property. In a clear yet sophisticated manner, she shapes a new theoretical foundation for an understanding of the subject—one grounded in the concept of "moral rights." She draws from precepts of moral and political philosophy to develop a model built on a normative commitment to the principles of individual worth, dignity and creativity. It provides a welcome alternative to more traditional economic models. Her theory makes valuable contributions to the most important and controversial doctrinal and practical debates in the area. Even scholars who adopt a different perspective will need to deal with Professor Kwall's work."

"Kwall presents new insights into the nature of the creative process in arguing for the expansion of the very limited moral right recognized by U.S. law. This important book highlights the difficulty in reconciling the property-based American copyright law with personality-based issues of authorship underlying the moral rights construct, and provides a foundation for creating a meaningful American version of moral rights."

"Professor Kwall makes a refreshing and persuasive argument for clearer legal rights of recognition for authors, and she reaches far beyond studies that justify conventional moral rights. Kwall gracefully unites perspectives from literature, art, philosophy, and religion to reveal surprising deficiencies in the law and the complications of finding solutions." 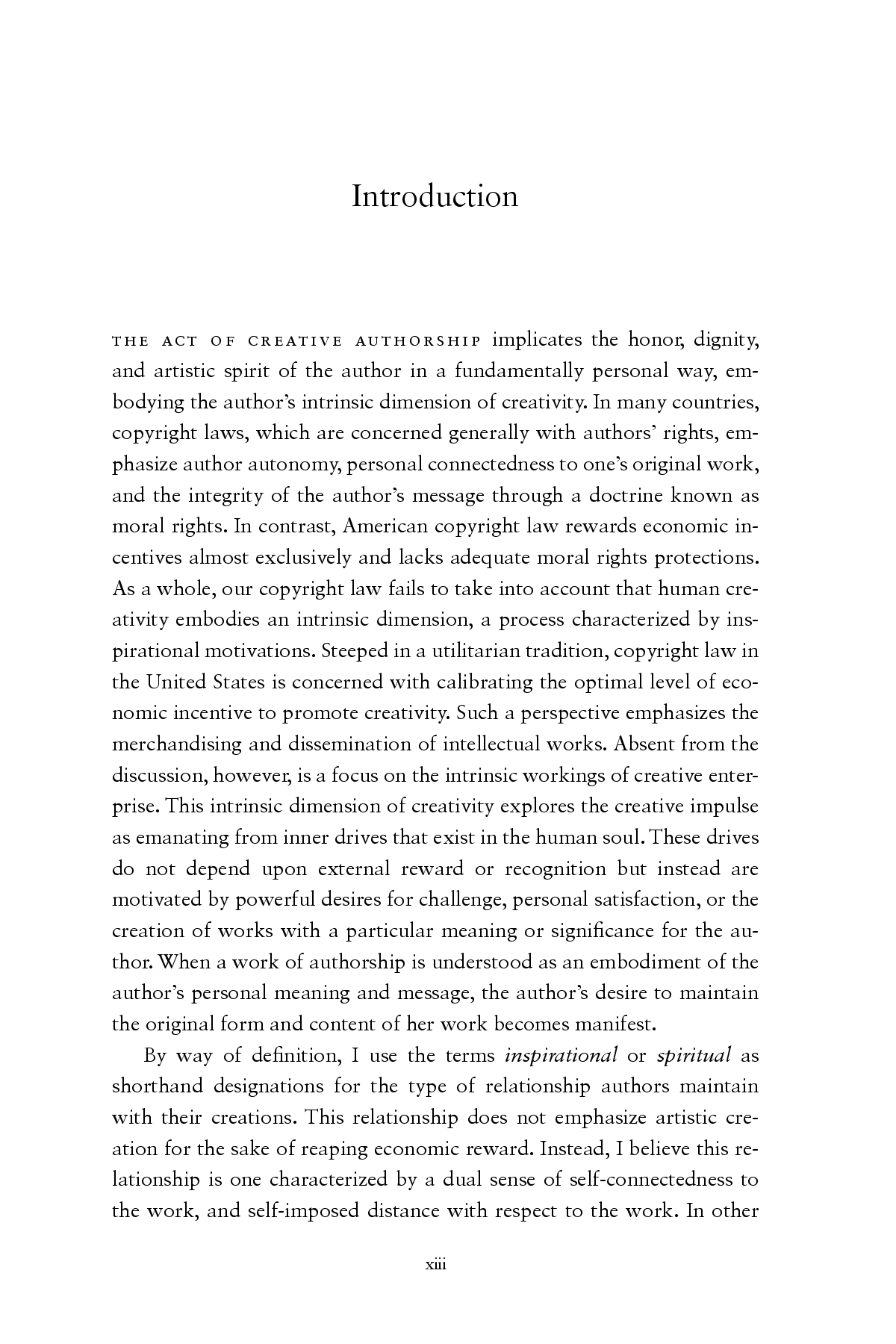 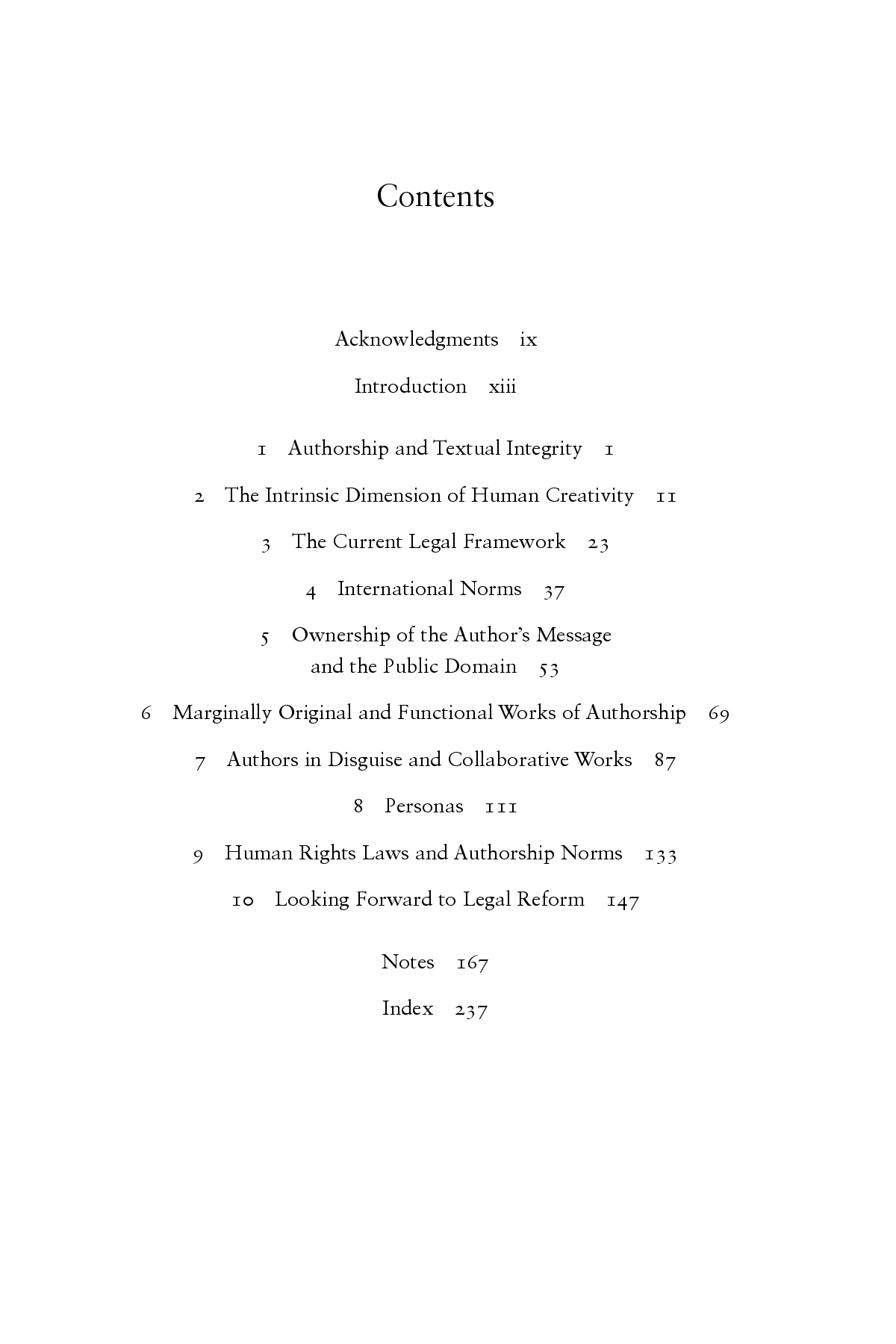