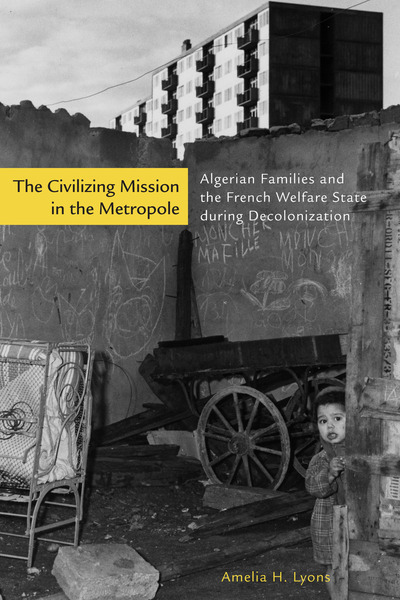 The Civilizing Mission in the Metropole
Algerian Families and the French Welfare State during Decolonization
Amelia H. Lyons

France, which has the largest Muslim minority community in Europe, has been in the news in recent years because of perceptions that Muslims have not integrated into French society. The Civilizing Mission in the Metropole explores the roots of these debates through an examination of the history of social welfare programs for Algerian migrants from the end of World War II until Algeria gained independence in 1962.

After its colonization in 1830, Algeria fought a bloody war of decolonization against France, as France desperately fought to maintain control over its most prized imperial possession. In the midst of this violence, some 350,000 Algerians settled in France. This study examines the complex and often-contradictory goals of a welfare network that sought to provide services and monitor Algerian migrants' activities. Lyons particularly highlights family settlement and the central place Algerian women held in French efforts to transform the settled community. Lyons questions myths about Algerian immigration history and exposes numerous paradoxes surrounding the fraught relationship between France and Algeria—many of which echo in French debates about Muslims today.

Amelia H. Lyons is Assistant Professor of History at the University of Central Florida.

"It is the rich evidence and new perspectives that make this book special. Lyons takes seriously France's postwar civilizing mission and marshals a wide range of archival material to show exactly how this expressed itself in the case of Algerians living in metropolitan France. She also sheds light on the complex and interlocking systems of governance that were deployed to protect, educate, improve and monitor Algerians. Above all, she offers a wealth of new insights into how the French state tried to remake Algerians in the image of a tarnished Republic."

"This impressively researched book concentrates on the era from WWII until Algerian independence in 1962. Lyons courageously tackles and explains the complex relations among French ministries and bureaucracies that simultaneously pursued a civilizing mission while developing a welfare state . . . Specialists will immediately appreciate Lyons's important contribution . . . Highly recommended."

"This original and well-crafted book illuminates how the French deployed welfare state policies as tools of colonial rule prior to and during the Algerian War. It is unique in its attention to the gendered dimensions of social policies in both colony and metropole. Lyons offers an excellent contribution to studies of the modern welfare state and of colonialism."

"Amelia Lyons' pioneering and important book connects issues of republican universalism with the colonial sphere in the postwar era in new and exciting ways. The Civilizing Mission in the Metropole brings original and persuasive insight into the fraught history of French-Algerian relations. It ties together two French phenomena: a formidable state bureaucracy on the one hand, and the legacy of empire on the other. Lyons succeeds brilliantly in linking the history of the French republic with that of its colonial empire. This solidly argued, beautifully researched book provides insight into the politics of difference, the welfare state, and issues of assimilation, integration, gender, and multiculturalism, most notably." 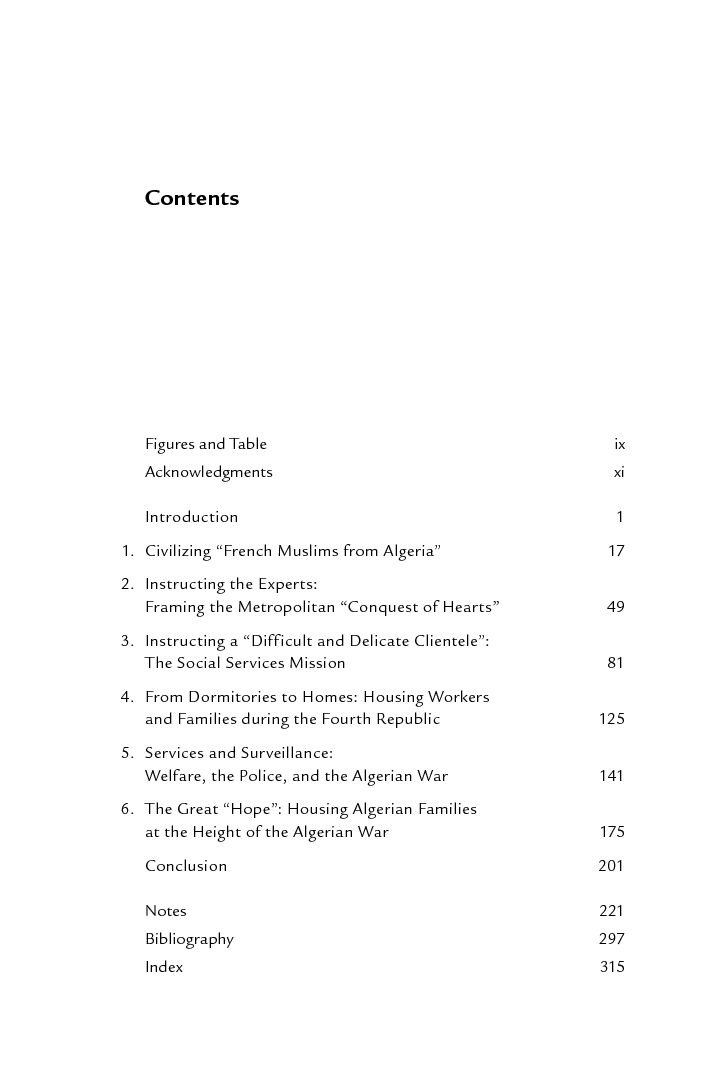 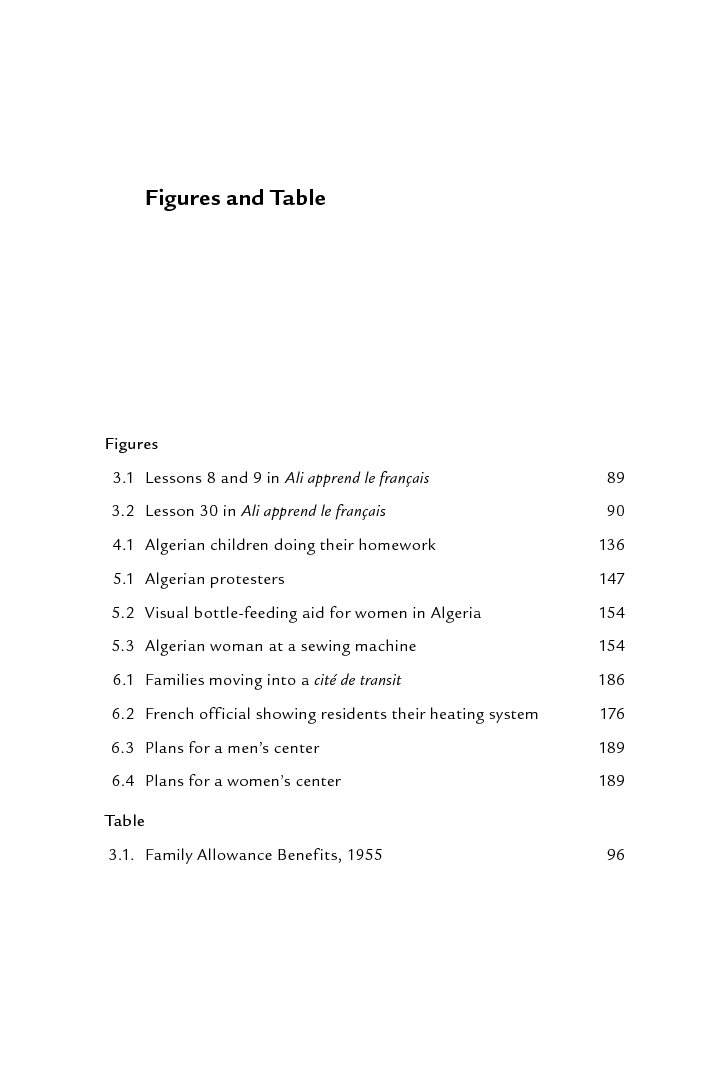 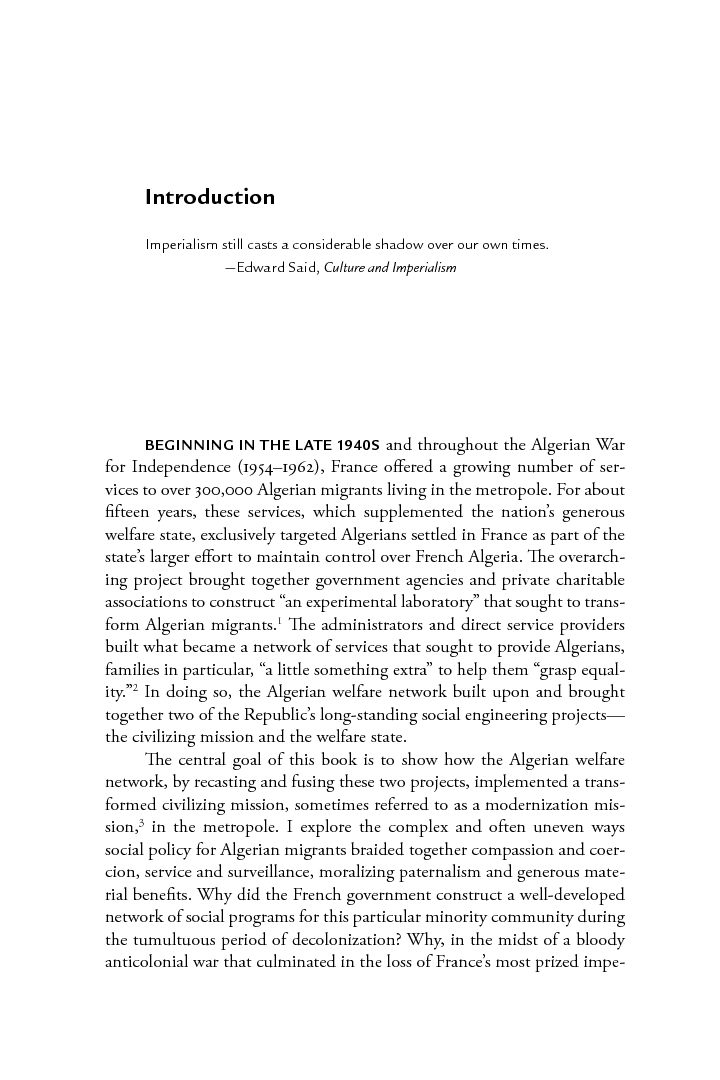